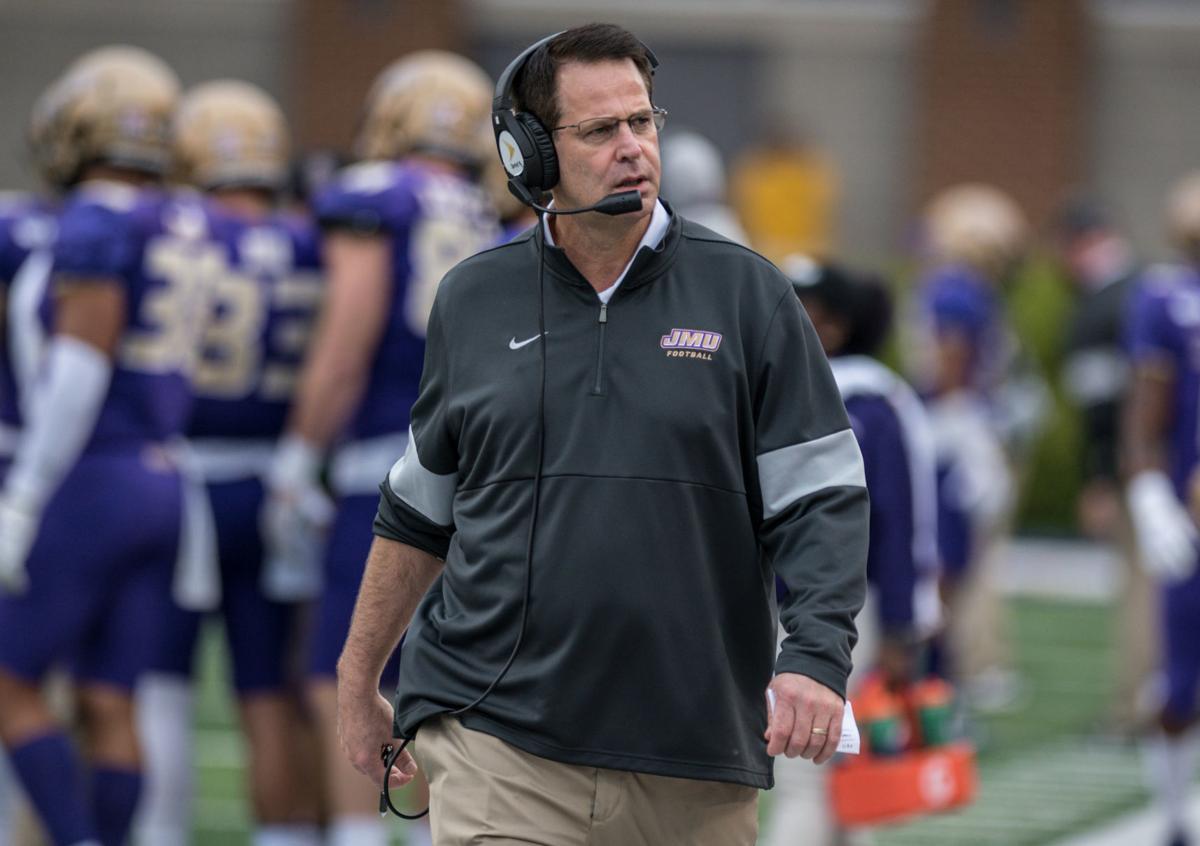 James Madison coach Curt Cignetti walks up the sideline during the Dukes' win over Towson in October at Bridgeforth Stadium. 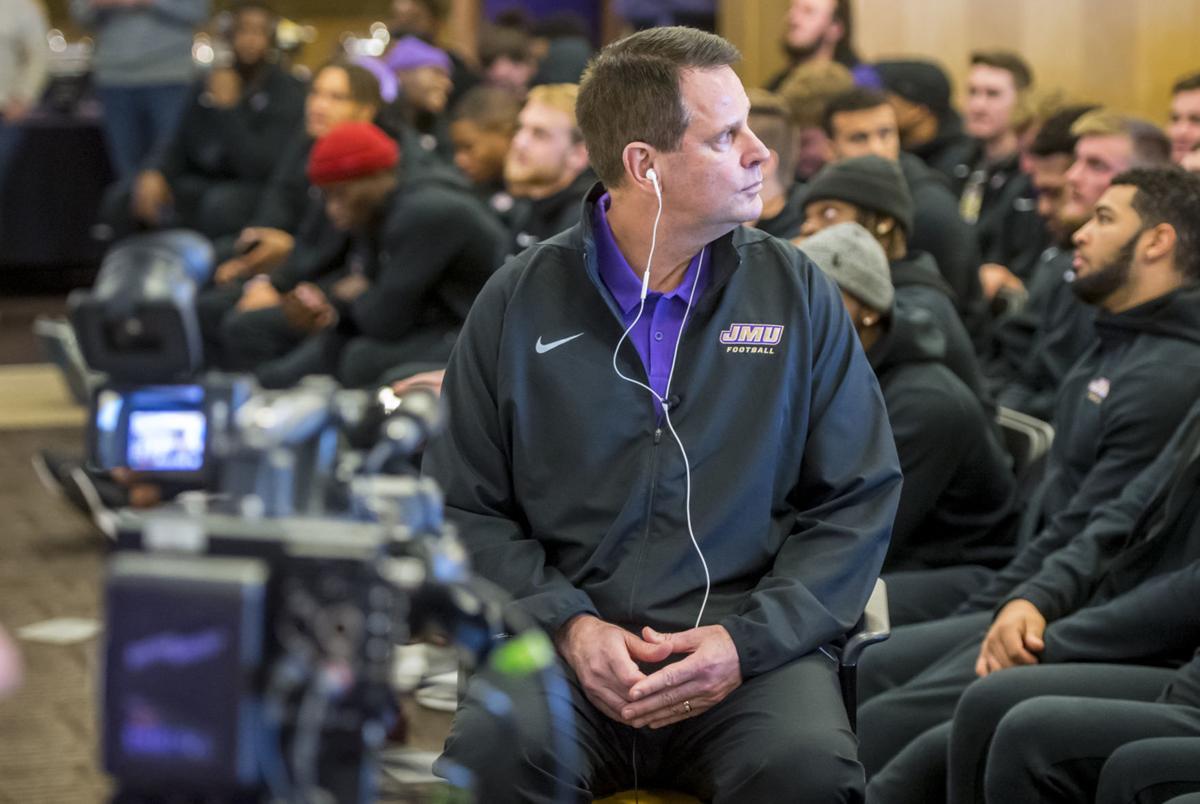 James Madison coach Curt Cignetti walks up the sideline during the Dukes' win over Towson in October at Bridgeforth Stadium.

Only three words were necessary to quickly extinguish the idea that it could happen again so soon.

“I think it’s a message that had to be sent to this group, yeah, after last year,” first-year James Madison coach Curt Cignetti said Tuesday following his team’s practice.

On Monday night, Cignetti responded on Twitter to one fan’s Tweet linking a story listing Cignetti as a possible candidate to take the same job at Old Dominion after the departure of Bobby Wilder there.

Exactly twelve months ago, the Dukes had already been eliminated by Colgate in the second round of the 2018 postseason and their former coach, Mike Houston, had been introduced as the new leader at East Carolina.

The loss occurred on a Saturday afternoon and news of his departure broke early Sunday evening, but Houston was a serious contender for multiple FBS jobs long ahead of the playoff game considering he led JMU to a national championship in 2016 and back to the title bout in 2017.

The apex of Houston’s candidacy just happened to coincide with the week of the Colgate game.

This Saturday, second-seeded JMU hosts Monmouth in the second round of the playoffs for a 1 p.m. kickoff at Bridgeforth Stadium.

“That Tweet had just come out about like ‘here we go again,’” Cignetti said, “or along those lines and I’m looking at it, like ‘Wow, no. We’re not going again,’ because you don’t need that kind of distraction out there with a lot of false speculation so to speak.”

JMU junior offensive tackle Liam Fornadel said he and his teammates liked Cignetti’s willingness to put an end to the rumor.

“It was surprising,” Fornadel said. “I thought it was a burner account or one of the fake accounts, but it’s definitely cool to see the mindset he has right now. But that’s just who he is. He’s worried about who we got next and what we got to do tomorrow to get ready and prepare.”

“It is rewarding,” Bourne said Wednesday in his office. “We work very hard to provide a supportive environment for our coaches. To have their vote on the other side … to acknowledge that, it makes you feel better when you sit down at your chair.”

Cignetti is 11-1 in his first season at the school after inking a six-year, $425,000 per year contract with the program last December.