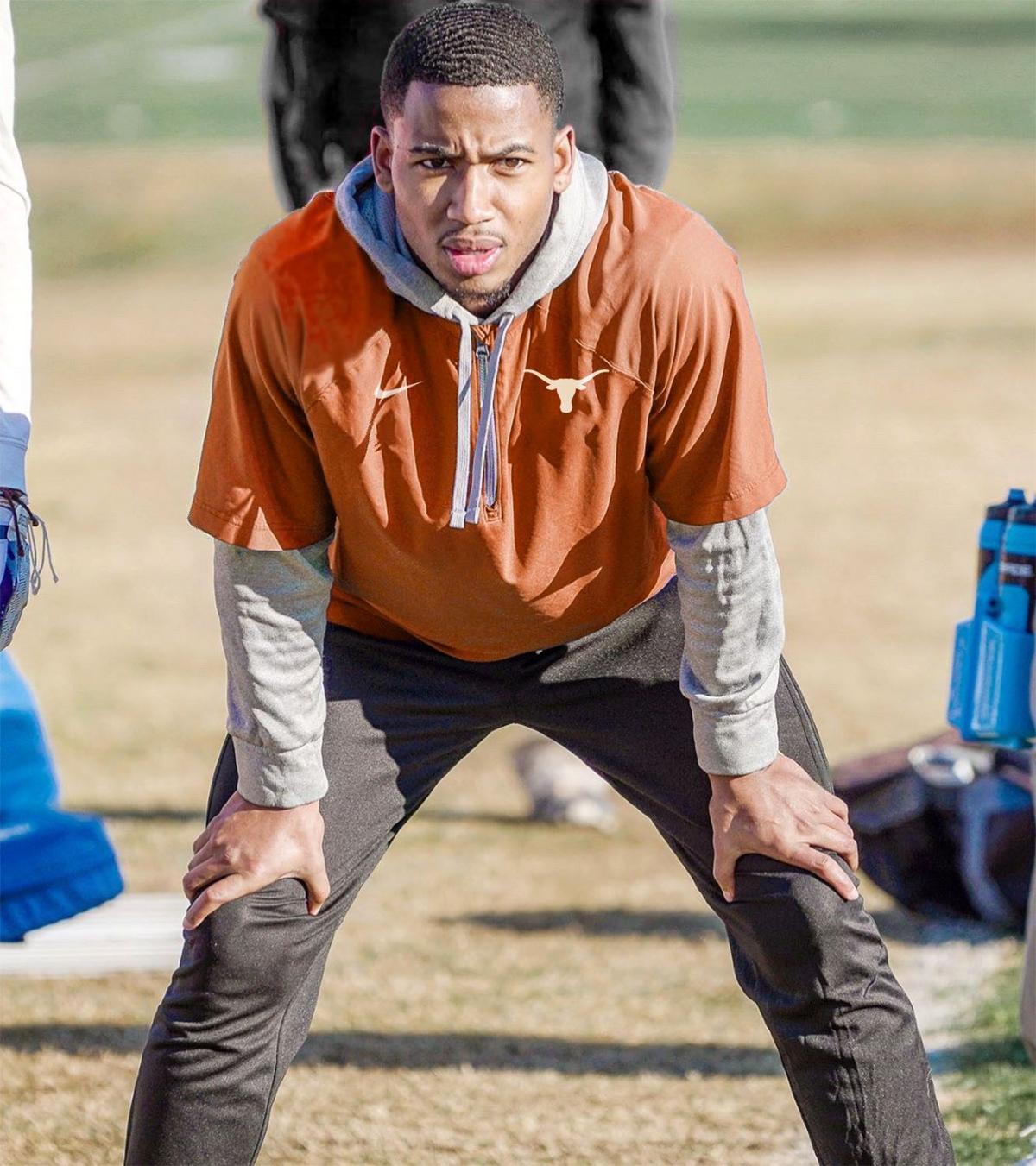 Former Texas quality control coach John Miller, an alum of James Madison who is joining the Dukes' staff as their running backs coach, watches a drill during a practice last year in Austin, Texas. 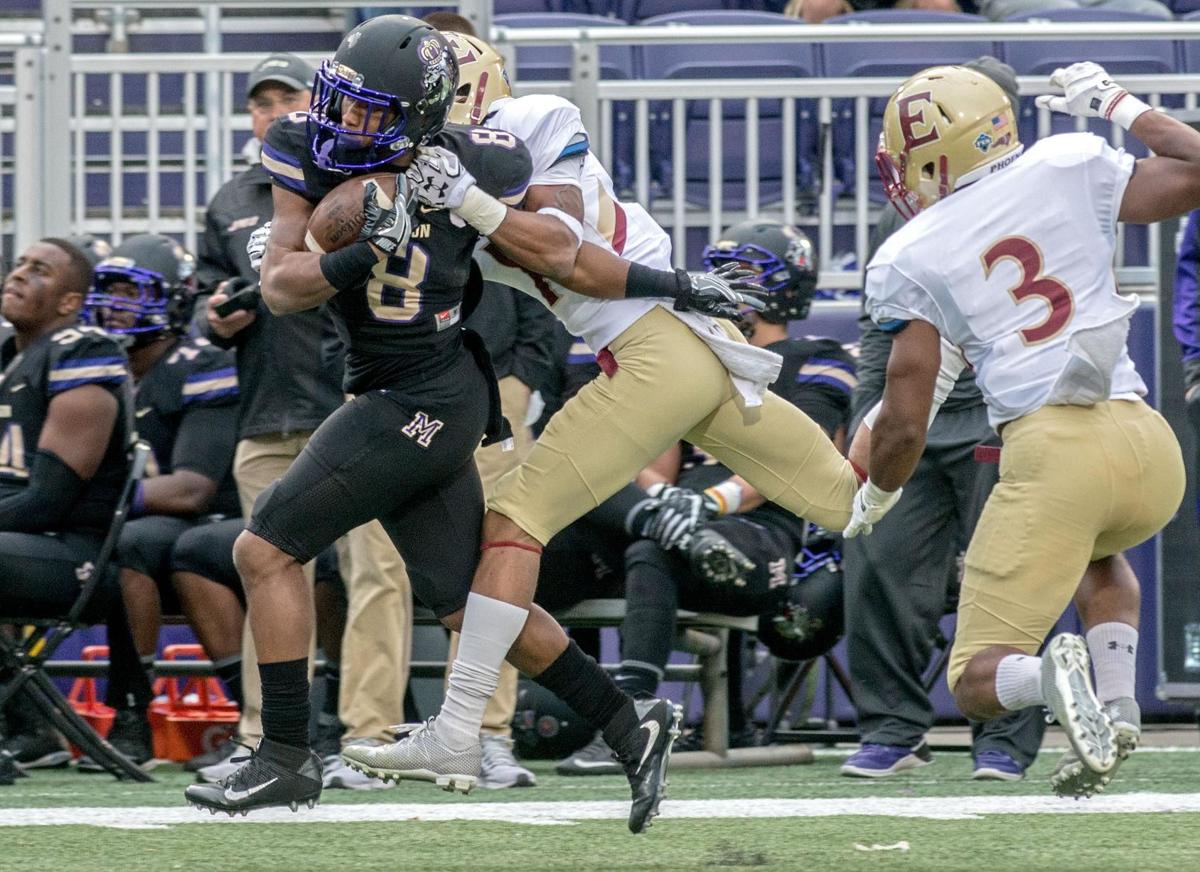 Former James Madison wide receiver John Miller (8) runs after a catch during the Dukes' 2016 win over Elon at Bridgeforth Stadium.

Former Texas quality control coach John Miller, an alum of James Madison who is joining the Dukes' staff as their running backs coach, watches a drill during a practice last year in Austin, Texas.

Former James Madison wide receiver John Miller (8) runs after a catch during the Dukes' 2016 win over Elon at Bridgeforth Stadium.

James Madison is bringing back an alum to coach its running backs.

Miller spent the last two seasons as a quality control coach at Texas, assisting with the Longhorns’ wide receivers. He replaces former Dukes running backs coach Matt Merritt, who departed earlier this month for the same job with Central Florida.

During his playing career at JMU, Miller hauled in two scoring catches that live famously in program history. On the way to the 2016 national title, Miller caught a 25-yard touchdown pass from then-quarterback Bryan Schor with seven minutes to play during the Dukes’ win over North Dakota State at the Fargo Dome in the FCS national semifinals. And a year earlier, against FBS SMU, Miller’s 17-yard touchdown catch from then-signal-caller Vad Lee with 27 seconds to go boosted the Dukes to an upset victory.

Since finishing his playing career, Miller has gained experience on three different staffs. He spent time working in a quality-control coach or staff role with ex-Dukes coach Mike Houston’s staffs at JMU and at East Carolina before reconnecting with former JMU assistant Jordan Salkin, a then-graduate assistant at Texas, who helped Miller find a spot with the Longhorns. With Texas, Miller also worked with past Dukes coach Everett Withers, an analyst there.

This past summer, Miller told the Daily News-Record he’s always wanted to get into coaching after growing up in a family of coaches. His uncle is Erik Campbell, a Bowling Green assistant with past stops at Michigan and Iowa.

During that interview with the DN-R, Miller said across his stints with JMU, ECU and Texas, he learned how to recruit to schools playing various levels of college football.

Coming back to the Dukes, though, he’ll certainly know how to assist Cignetti and the rest of the staff on the recruiting trail and with selling the program he once starred for.

Daka led the FCS in sacks and tackles for loss as a senior with the Dukes in 2019. He had a training camp stint with the Baltimore Ravens this past fall.