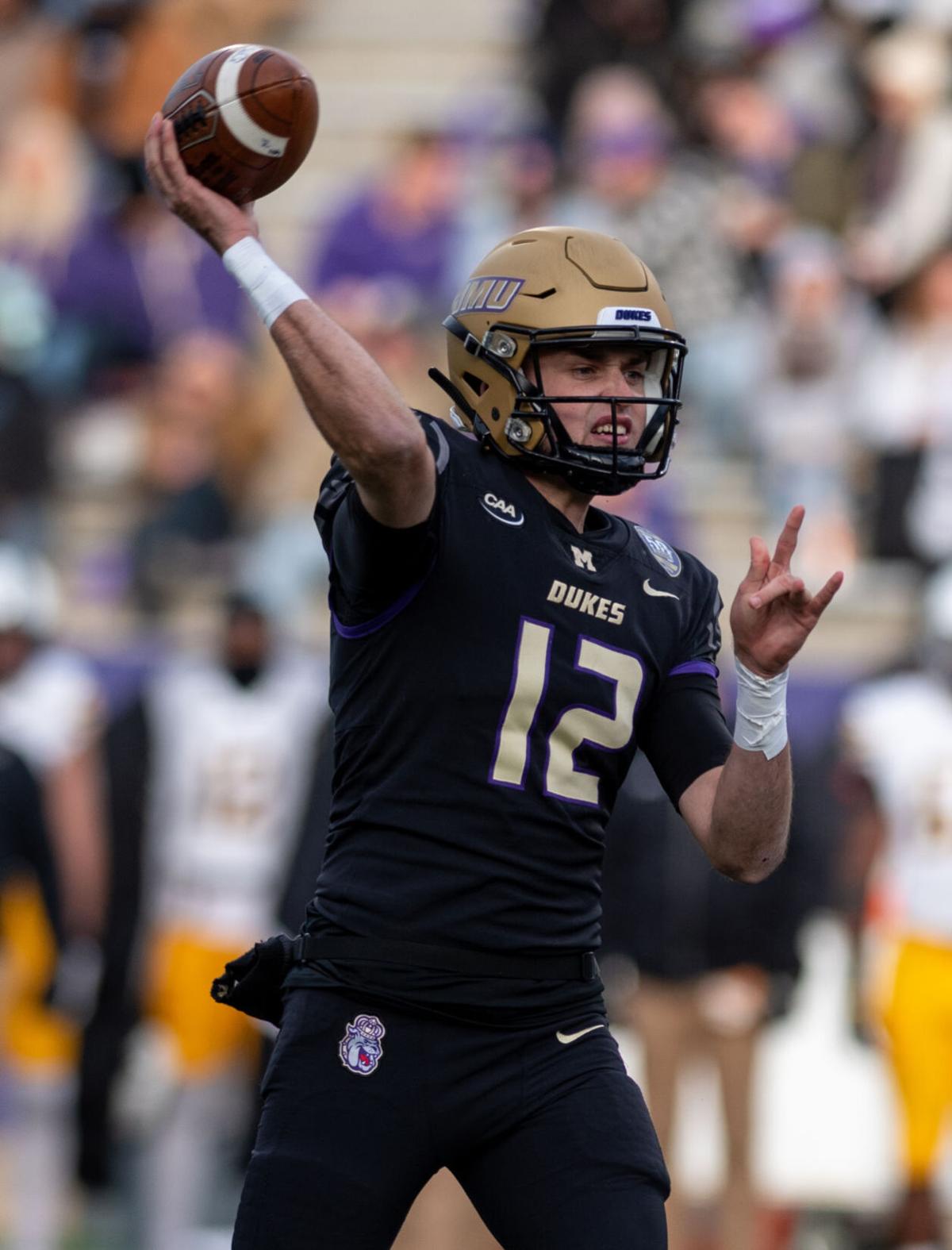 James Madison quarterback Cole Johnson (12) fires off a pass during the first half of JMU's regular-season victory versus Towson on Saturday last month. 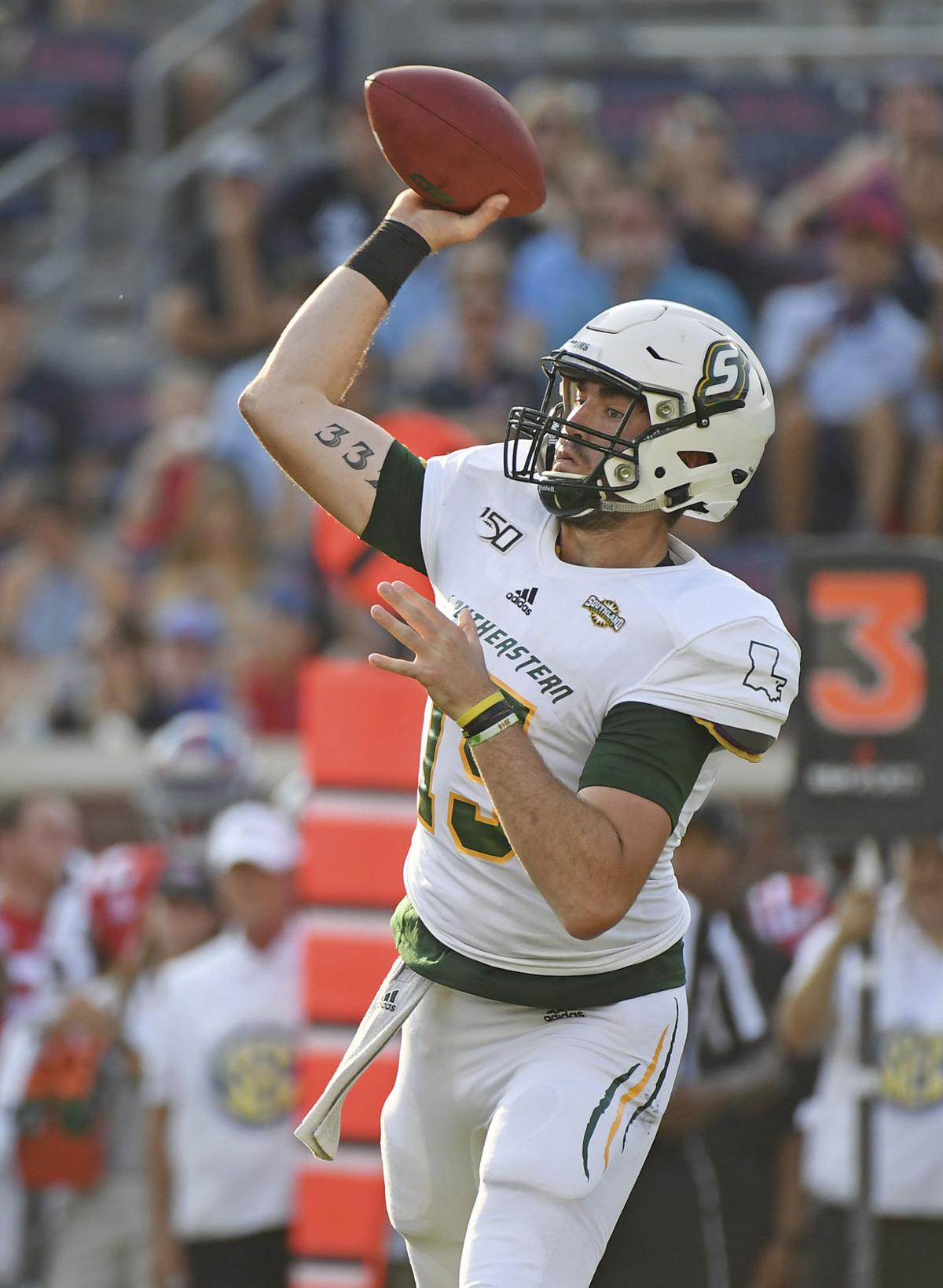 James Madison quarterback Cole Johnson (12) fires off a pass during the first half of JMU's regular-season victory versus Towson on Saturday last month.

Live at Bridgeforth Stadium it's the Cole Bowl.

Second round FCS playoff games don't always warrant such catchy nickname, but when Southeastern Louisiana (9-3) visits James Madison (10-1) Saturday at 2 p.m. it will be a matchup of the Football Championship Subdivision's most prolific quarterback against the one who has been closest to perfect.

At 6-7, 260-pounds, Southeastern's Cole Kelley is the rare FCS specimen with NFL size and an arm to match. The reigning Walter Payton Award winner and first-team All-American has completed nearly 74 percent of his passes for more than 4,700 yards and 42 touchdowns with seven interceptions.

JMU's Cole Johnson doesn't look as intimidating in street clothes and at 6-5 is so skinny his teammates sometimes compare him to a giraffe. But he’s had one of the best seasons in JMU history, setting a school record with 32 touchdown passes in 11 regular season games while only being picked off twice. Johnson has gone the past four games and 113 straight pass attempts without an interception while throwing 17 touchdown passes in that time.

“Just the way he’s able to make plays out there and he’s got incredible stats, it’s been cool to kind of watch him and learn what they are doing over there to be so successful and score so much,” Johnson said when asked about facing Kelley. “But I’ve obviously been focused on their defense. I don’t really get to watch their offense too much. I think our defense has a real challenge, but I think they are ready.”

With so much focus on the quarterbacks, it could be defense and special teams that decides the game. The Dukes like their chances if so, as JMU comes in with the nation's second-ranked defense and the best turnover margin in the FCS.

JMU has held opponents to less than 16 points per game and have allowed just 12 touchdowns through the air while picking off 13 passes. In all, the Dukes are plus 18 in takeaways.

“Momentum is a real thing, especially in the playoffs,” Tucker-Dorsey said. “One mistake can switch the whole momentum of the game and you don’t get a second chance. (Kelley) is going to sit back there and dissect. So we’ve got to get back there on him quick and not give him time to make those decisions.”

Special teams have also been an overall plus for JMU with Ethan Ratke owning the NCAA record for field goals made and kickoff returner Solomon Vanhorse taking one back for a touchdown during the regular season finale victory against Towson.

The third-seeded Dukes, however, will begin their playoff run lacking depth and experience on the offensive line. Following this week's departure of center Stanley Hubbard, JMU's starting left tackle Liam Fornadel is also listed as the No. 2 center behind redshirt freshman Tanner Morris.

Fornadel is also the only upperclassman on the O-line two-deep.

The Dukes were deemed a two-touchdown favorite earlier in the week, but Kelley is the kind of talent who could almost single-handedly keep the Lions in the game if JMU makes mistakes coming out of a first-round bye.

“It’s really important we have a mindset, a sense of urgency,” JMU coach Curt Cignetti said. “We want to start better. Like in (2019) we didn’t start great in the first quarter against Monmouth. We ended up playing pretty well as the game went on, but obviously all the teams in the playoffs are really good teams right now. This is a much better football team than that Monmouth team was.”

The game will be streamed live on ESPN+ with the winner advancing to the FCS quarterfinals to face either Montana or Eastern Washington. Should JMU win, it would host the next round at Bridgeforth Stadium.