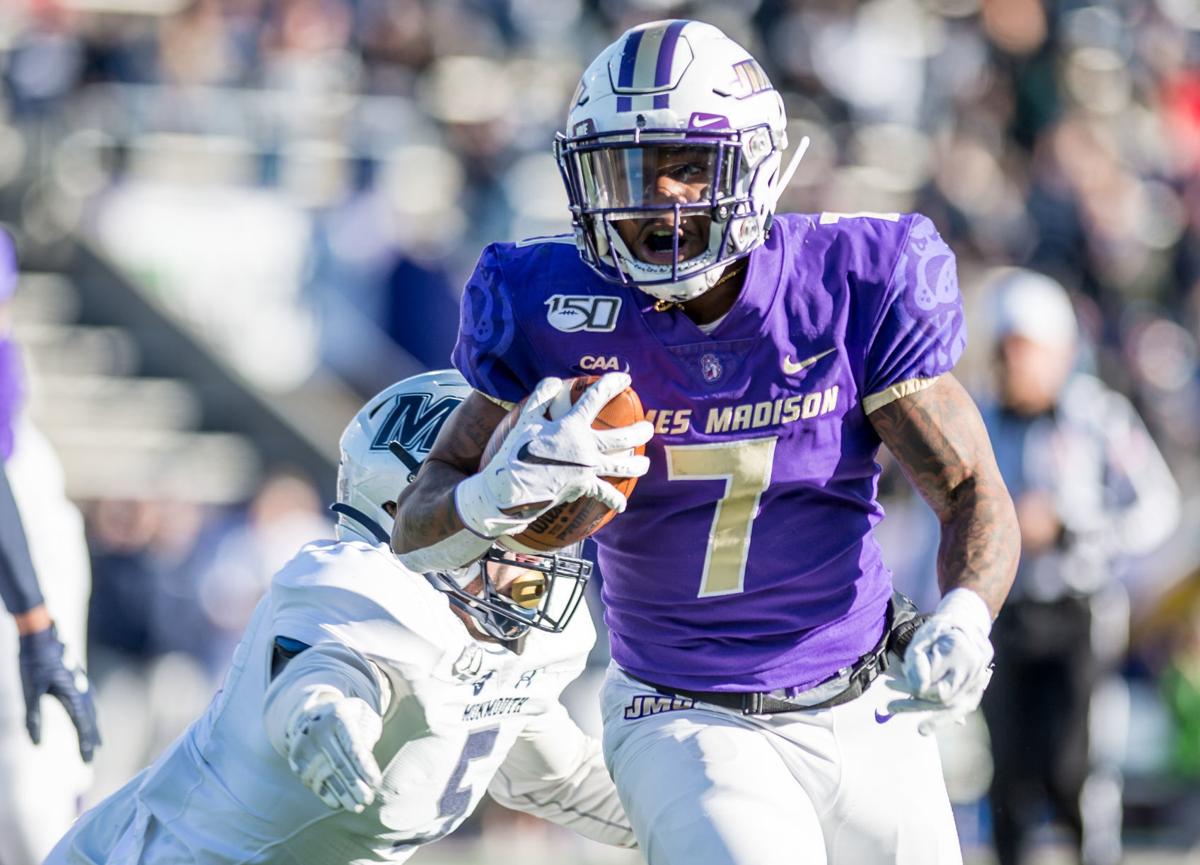 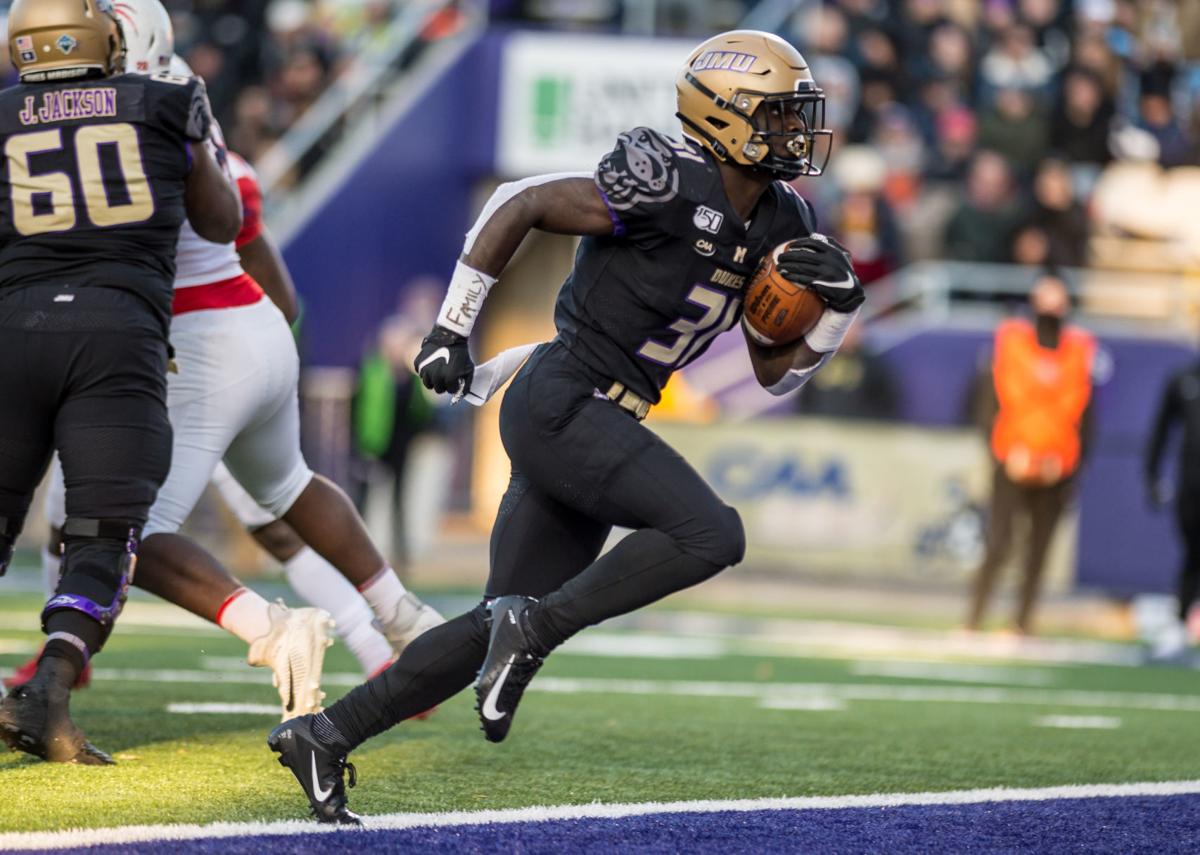 James Madison running back Percy Agyei-Obese (31) runs wide open into the end zone to score during the Dukes’ win over Richmond in November at Bridgeforth Stadium.

James Madison running back Percy Agyei-Obese (31) runs wide open into the end zone to score during the Dukes’ win over Richmond in November at Bridgeforth Stadium.

FRISCO, Texas — They’ve complemented each other all season, and don’t plan on changing now.

“This year has played out pretty great for us,” James Madison junior running back Percy Agyei-Obese said. “But we’re not done yet.”

Agyei-Obese and fellow Dukes junior running back Jawon Hamilton tabbed themselves “the duo” as far back as the spring, prioritizing how impactful they could be while working together instead of as the traditional workhorse rusher.

As a result, the pair enters Saturday’s FCS national championship game against North Dakota State having combined for 2,039 rushing yards and 25 total touchdowns this year.

“I can’t count how many times we’d play a video game and we’d just be talking about football,” Hamilton said of him and his buddy, Agyei-Obese. “Even last year when we had three great seniors, Cardon Johnson, Marcus Marshall and Trai Sharp, being behind those guys and learning from them, we were able to apply what we learned.

“But we’d always sit in the room and discuss that when it’s our time, ‘We’ve got to handle it.’ So that’s just what’s been happening, and we know though we’ve got one more game to go and we’ve got to get this thing done, because it’s pointless to be here and not win.”

Hamilton, the quicker of the two, started in each of the last seven games and will likely get the start against the Bison. Agyei-Obese, the powerful 6-foot, 205-pound first-team All-Colonial Athletic Association choice, leads JMU with 1,143 rushing yards and is fifth in all of FCS with 19 rushing scores.

“Physically, they provide a little bit of some differences in size and makeup,” North Dakota State coach Matt Entz said, “but breaking tackles is the one thing that both these guys do an outstanding job of.”

Agyei-Obese said: “We feed off each other and that’s how we get stronger throughout the game.”

This season, Agyei-Obese has notched five 100-yard performances while Hamilton, a third-team All-CAA selection, had two. Both backs rushed for more than 100 yards in the Dukes’ win at Rhode Island in the regular-season finale.

They each said this Saturday puts the best defense they’ve seen this season on the other side of the field.

“Their defensive line is very good,” Agyei-Obese said. “They have one of the top rushing defenses in the nation. We know the trenches will be big come Saturday. And we know we’ll have to bring the physicality in the run game.”

North Dakota State hasn’t allowed an individual rusher to carry the ball for more than 100 yards all postseason.

“We know that there’s going to be a lot of one-on-one matchups that we have to win,” Hamilton said. “Whether it’s in between the tackles or outside on the perimeter. We have to win those matchups, because that’s what it’s going to come down to.”