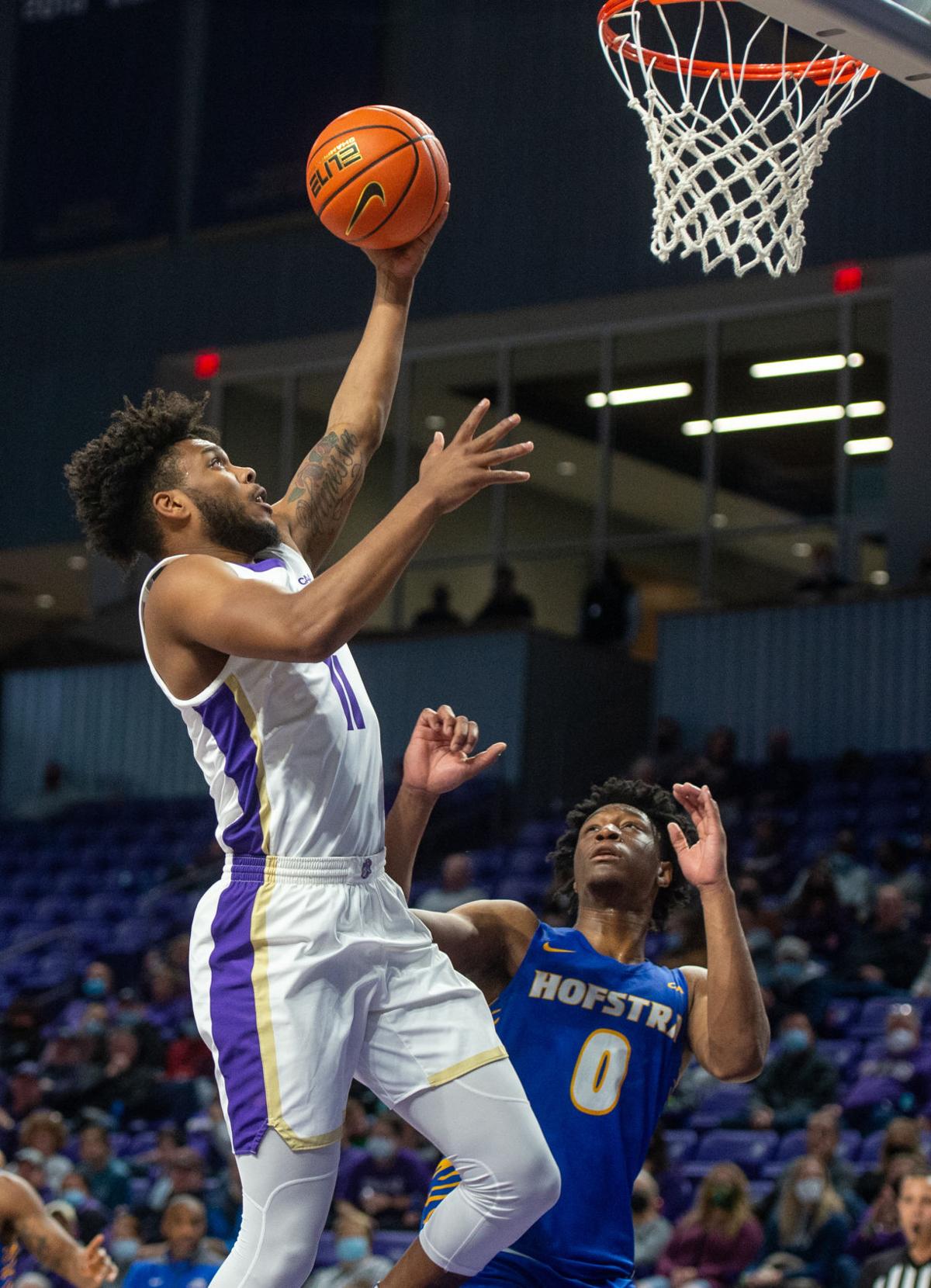 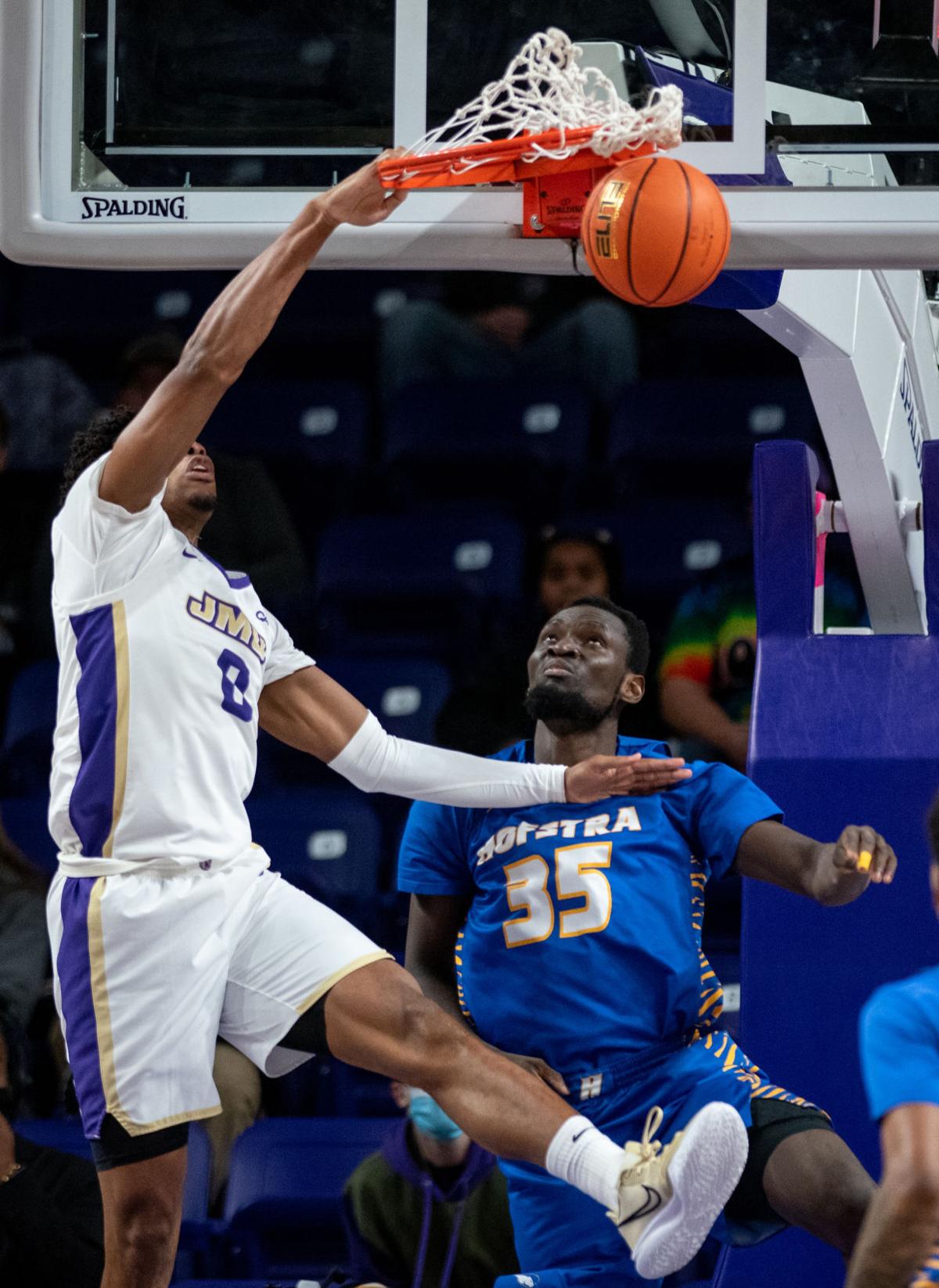 Now the Dukes don’t have much time to recover before playing host to Northeastern tonight at the Atlantic Union Bank Center.

“They tried to push through it,” JMU coach Mark Byington said. “But I know our guys will be excited to get back to practice. Hopefully this will be the worst we play the rest of the year. When you are out there and you are really winded, you might dribble the ball funny or not hit somebody who is open. The turnovers, decision making and timing was off the entire game.”

JMU (9-3, 0-1 Colonial Athletic Association) led the majority of the game against the Pride, but made uncharacteristic mistakes down the stretch and went nearly four minutes without a point to close the game.

Byington attributed that to the return from a COVID pause after the Dukes forced two Hofstra turnovers while trailing by three points in the final two minutes, but couldn’t score in transition either time.

JMU doesn’t have to dwell on that loss long, but also had only a day of rest before facing the Huskies (6-8, 0-3 CAA).

From the point of view of the Dukes players, that’s plenty of time to get ready.

“I think it’s great that we play Tuesday,” Takal Molson, who scored 16 points in JMU’s loss on Sunday, said. “We’ll get in a little better rhythm and we really just have to take care of our bodies in the meantime. But other than that, I think we’ll be fine.”

Northeastern comes in with a four-game losing streak dating back to Dec. 12, but the two most recent losses, at William & Mary and at Towson were by a total of four points. The Huskies have played the past three games without leading scorer Shaq Walters, but have gotten a bigger contribution from sophomore Jahmyl Telfort in his absence.

Telfort put up a career-high 23 points in a Northeastern victory against JMU last season in Boston.

JMU has avoided back-to-back losses so far this season and hopes to even its CAA record before heading on the road for games at William & Mary and Elon starting next Saturday. Preparation for Tuesday might be mostly mental for the Dukes.

“It’s not like we can go have a three-hour practice to resolve everything,” Byington said. “With the quick turnaround we’re just hoping to make minor changes. What becomes important right now is our trainer. We are going to have some guys who are extremely sore. We’ve got to be smart with our practices and our recovery.”