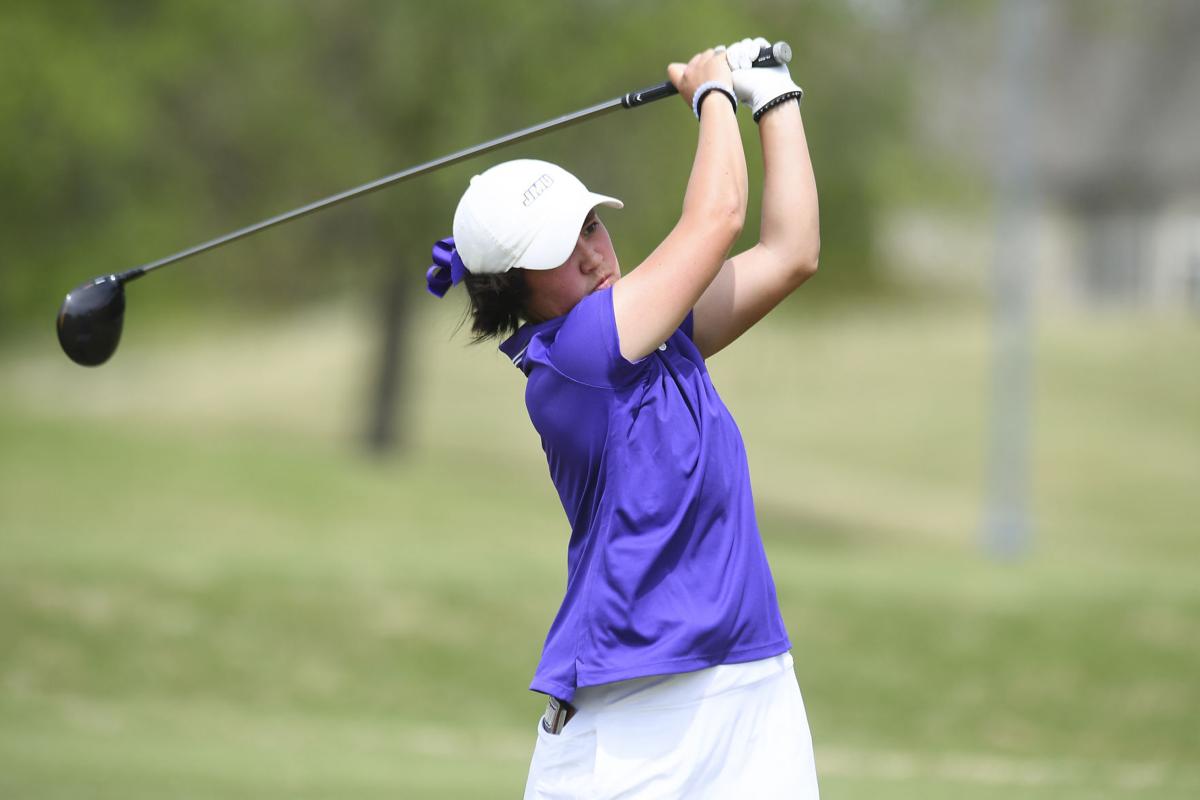 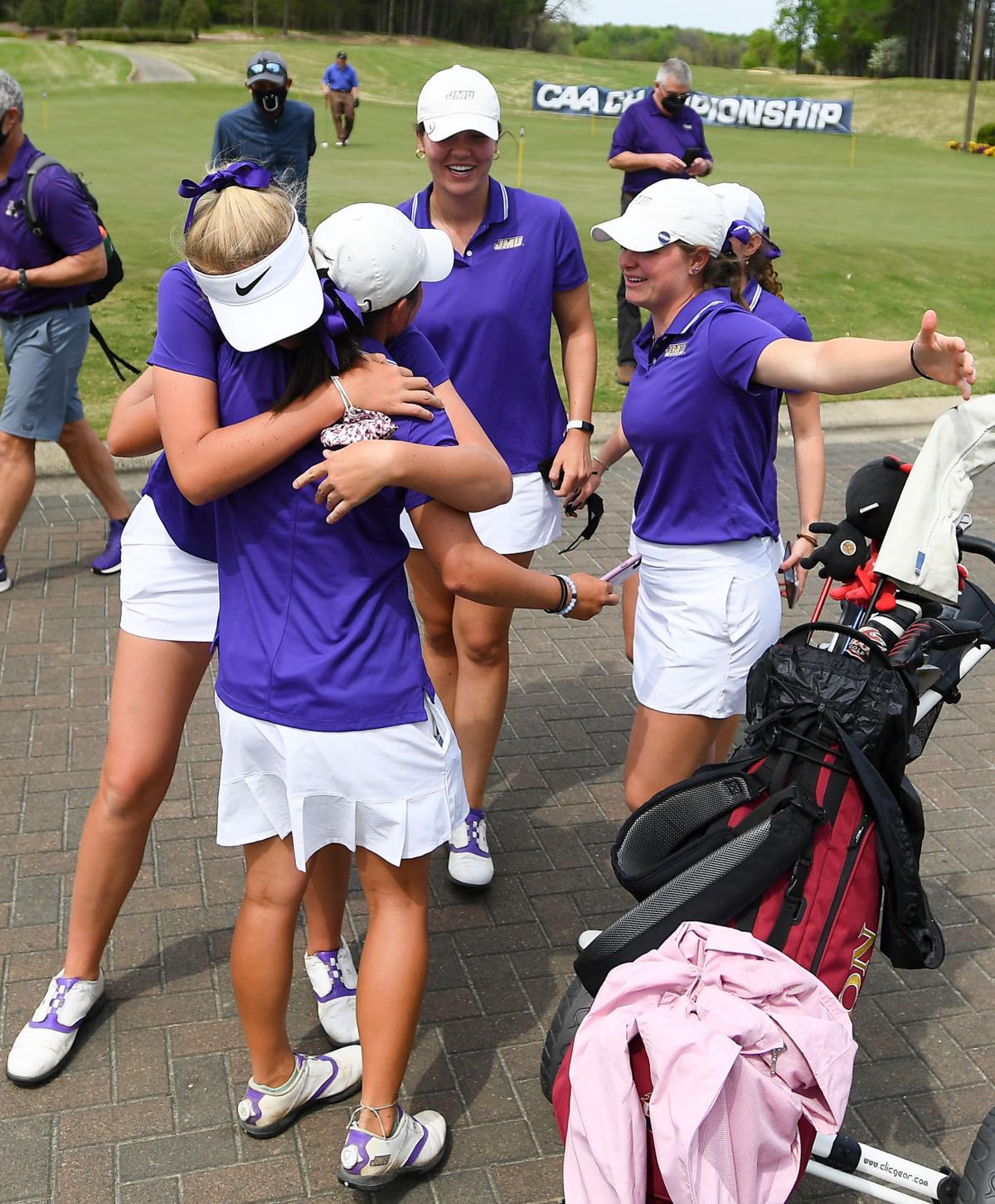 JMU golfers celebrate after coming from 16 strokes back on the final day of the CAA championship to claim the Dukes' first conference title since 2013.

JMU golfers celebrate after coming from 16 strokes back on the final day of the CAA championship to claim the Dukes' first conference title since 2013.

Winning the Colonial Athletic Association championship for the first time since the 2012-13 school year required a massive comeback for James Madison, the kind where the celebration can overshadow what’s next.

But after making up a 16-stroke difference in the final round on April 13 to top College of Charleston, the Dukes' focus has turned to the NCAA Regionals, which begin on May 10. The Dukes will head to the Louisville Regional as the No. 17 seed.

JMU golfers are well aware they’ll be considered underdogs from here on out, but that doesn’t mean they don’t expect to make some noise.

“I think we know regionals is probably going to be our biggest challenge yet,” redshirt sophomore Kate Owens said. “But I don’t think any of us felt like we had career days at conference. If we can continue to make progress in our short game in the weeks to come, we can ball strike with the best teams out there. If we keep working on the short game we can do things this program has never done before.”

Redshirt freshman Kendall Turner won the CAA individual title for the Dukes. Both the team and individual championships were just the fifth in school history, and marked quite a turnaround for a team that finished 15th out of 15 teams in its opening event of the season.

But as a team, JMU has proven it enjoys the underdog role. The Dukes were leaders in the clubhouse after the first day of the CAA championship, but fell behind College of Charleston on Day 2. That didn’t result in any panic for the Dukes, who knew all the pressure was on the Cougars as one of the league’s traditional powers and the leaders heading into the third and final round.

“After that second round ... it was just a mindset we needed to change going into Round 3,” JMU coach Tommy Baker said. “Lo and behold, they were crazy and young enough to believe me. I told them we needed to start fast with some birdies early and put the pressure on Charleston early.”

The players woke up early on the third day and enjoyed the mood around the breakfast table. By the time they began to head back to the East Course at Greensboro, N.C.’s Grandover Resort, there was a sense the Dukes were in for a big day.

“You could just kind of feel it, just kind of feel we were ready to go,” Owens said. “After the second round our coach said there was nothing we did bad, but we needed some confidence. Just putt the ball in the hole. That sounds a lot more simple than it is, obviously, but we definitely took that train of thought out there on the third day. We started making up some ground on Charleston early and I think they felt the heat.”

It wasn’t all mindset though. Strategy became important as JMU stormed back to challenge the Cougars. With water between the players and the 18th green, Baker instructed all five Dukes to lay up on the final hole. A few Charleston players took the more aggressive approach and mistakes there allowed JMU to win by three strokes.

“And then we got to watch our teammate Kendall make a pretty long putt on the last hole to win individually, which was awesome,” Owens said.

The Dukes are aiming to place at regionals and send some or all of the golfers to the NCAA championships. But regardless of what happens next month, they know they made program history.

“This team is going to hold a special place because of where we were at the beginning of the year and the real conversation we had that week, we grew from that,” Baker said. “This team bought into the idea that it’s not always about the talent, it’s not always about the work ethic. Are you buying into the team concept? It’s really become a family unit and this group overcame so many obstacles.”