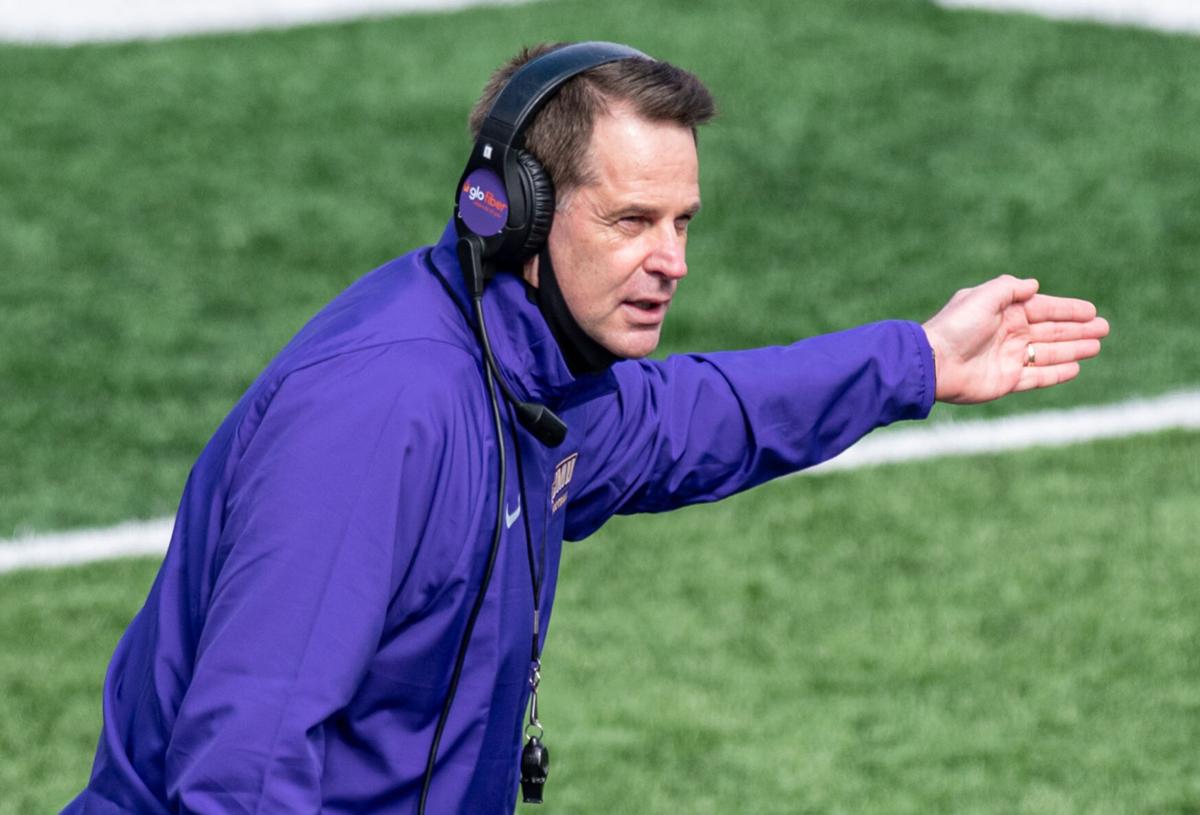 James Madison coach Curt Cignetti argues with an official during the first half of the Dukes’ win over Robert Morris last month in Harrisonburg. 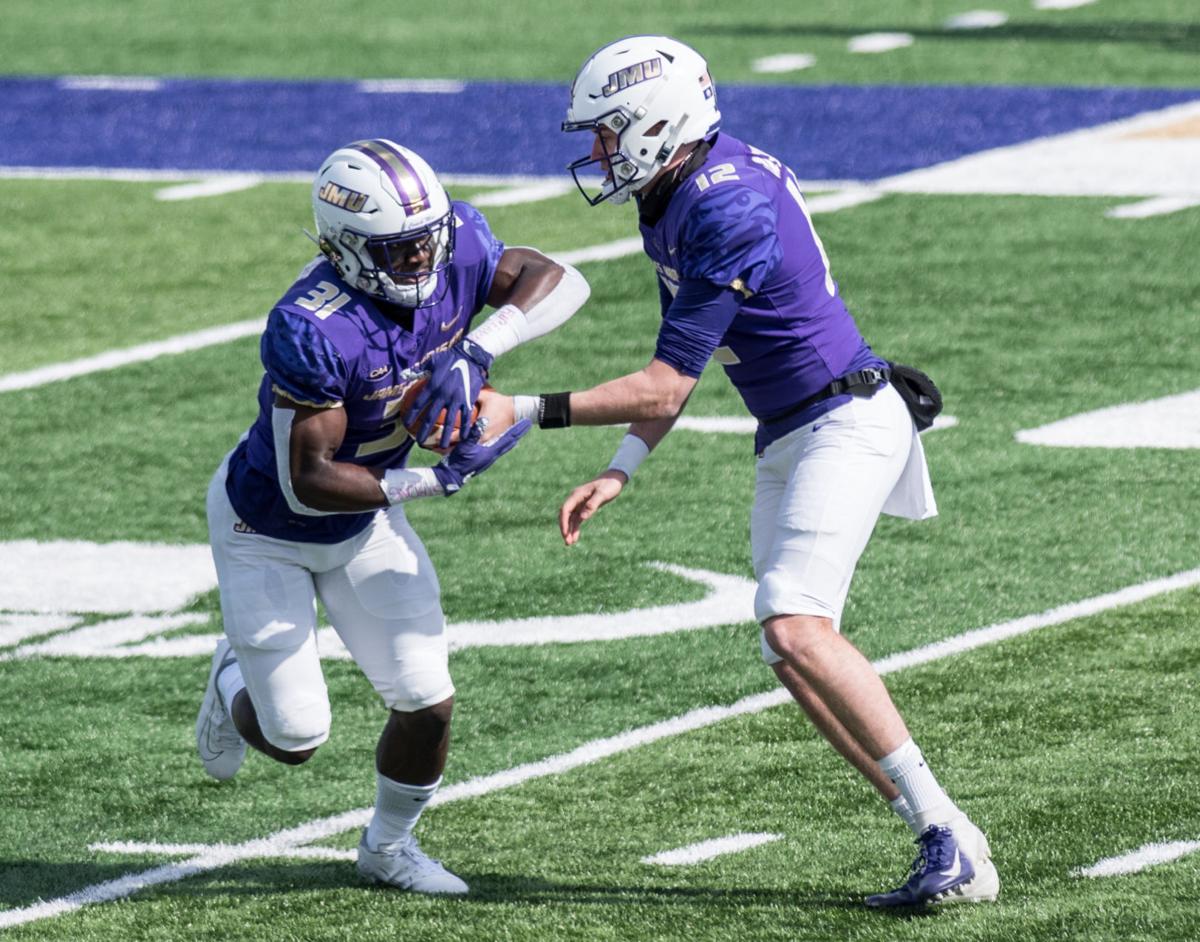 James Madison quarterback Cole Johnson (12) hands the ball off to running back Percy Agyei-Obese during the Dukes’ win over Morehead State last month at Bridgeforth Stadium.

James Madison coach Curt Cignetti argues with an official during the first half of the Dukes’ win over Robert Morris last month in Harrisonburg.

James Madison quarterback Cole Johnson (12) hands the ball off to running back Percy Agyei-Obese during the Dukes’ win over Morehead State last month at Bridgeforth Stadium.

There’s optimism James Madison can still accomplish what it wants to this spring, and the Dukes will restart their quest this week.

On Monday, second-year JMU coach Curt Cignetti said his team would practice for the first time later in the day since its coronavirus pause in hopes of playing Saturday against William & Mary in Williamsburg.

“Today is going to be a real interesting day, practice-wise,” Cignetti said during the Colonial Athletic Association coaches video conference. “I’m really anxious to see how we come out and how we practice.”

The Dukes’ last two contests – home dates with the Tribe (March 13) and Richmond (March 20) – were postponed because of COVID-19 protocols within the program. JMU, the top-ranked team in the country by both Stats Perform FCS and the FCS Coaches Poll, officially shut down all in-person team activities March 15 and paused for three full days before healthy players were able to go through strength and conditioning workouts beginning this past Thursday.

As of March 16, when Dukes athletic director Jeff Bourne spoke to reporters, the team had 28 members in coronavirus protocol – 12 who had tested positive for the virus and 16 as a result of contact tracing.

“We had an individual test positive before the Elon game,” Cignetti said. “A backup, but then the next thing you know his roommate has it, best friend has it and then a couple of guys at the same position have it and there you go.”

About the number of players JMU could have available for Saturday’s game at W&M, Cignetti said: “We have a football team and if we’re able to play, we’ll roll a football team out there.”

He said he believes the Dukes have had solid procedures for practices and workouts in regard to trying to prevent an outbreak like the one they’ve had to deal with. The team took seven buses to Elon to account for proper social distancing during its travel, too.

“I think studies would show the outdoor spread is minimal,” Cignetti said. “Most of the spread occurs with guys living together or when you’re inside with poor ventilation, and we don’t have the luxury of being able to put one person in a dorm or an apartment. And so, what happens is when an individual tests positive, the roommates get quarantined and that’s when your numbers really start to grow.”

When the Dukes last played at Elon, they rallied to beat the Phoenix, 20-17, while using a spark from then-backup quarterback Gage Moloney as he came off the bench to lead two touchdown drives in the fourth quarter to secure the win. He’s been elevated to starter since.

JMU also has wins in non-conference play over Morehead State and Robert Morris. The Dukes, who have appeared in three of the last four FCS national championship games, need to play at least four games total to be eligible for the postseason and at least three in CAA play to be eligible for the league’s automatic qualifying bid into the playoffs.

“If we’re fortunate enough to play Saturday,” Cignetti said, “we’re in a position where every game is now a playoff game. So, we ought to have great focus, great preparation, great urgency and have everybody on the same page. And we have to have a realistic perspective of who we are and where we’re at and what it’s going to take to be successful.”