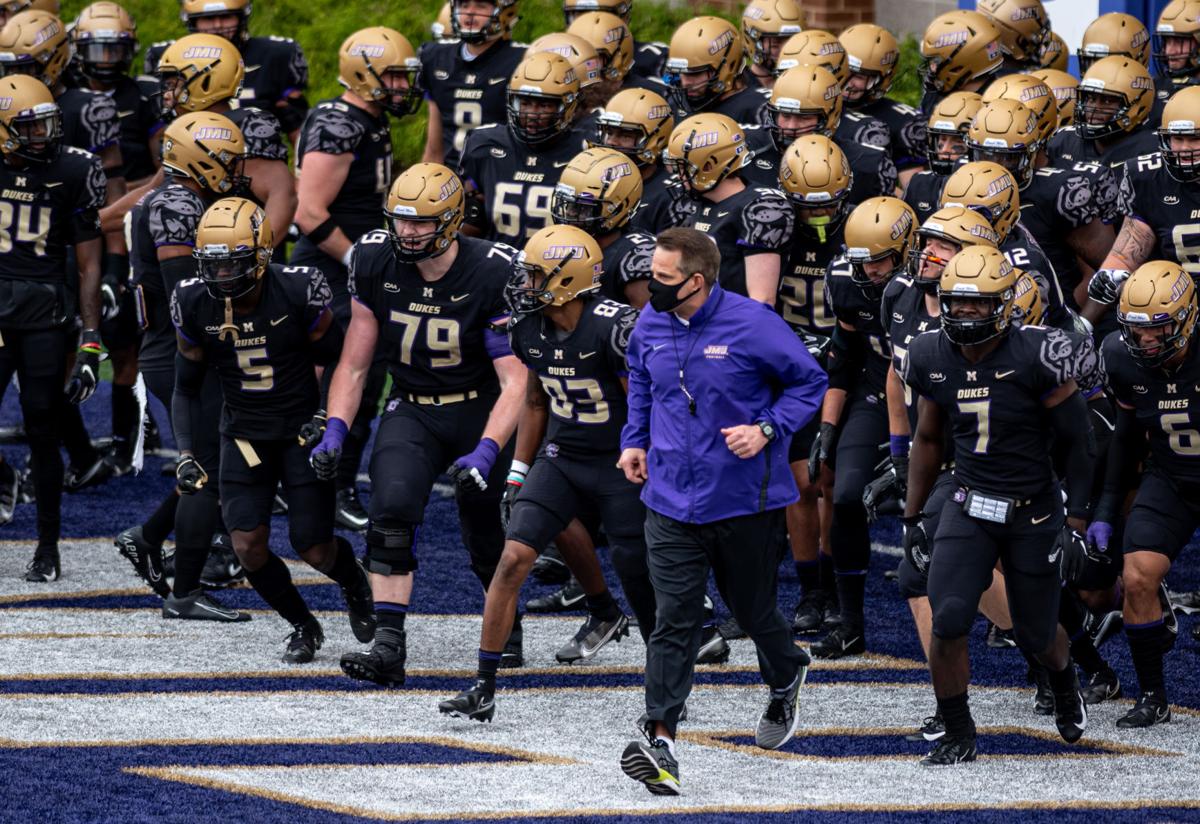 James Madison coach Curt Cignetti leads his team onto the field before the Dukes’ win over Richmond on Saturday at Bridgeforth Stadium. 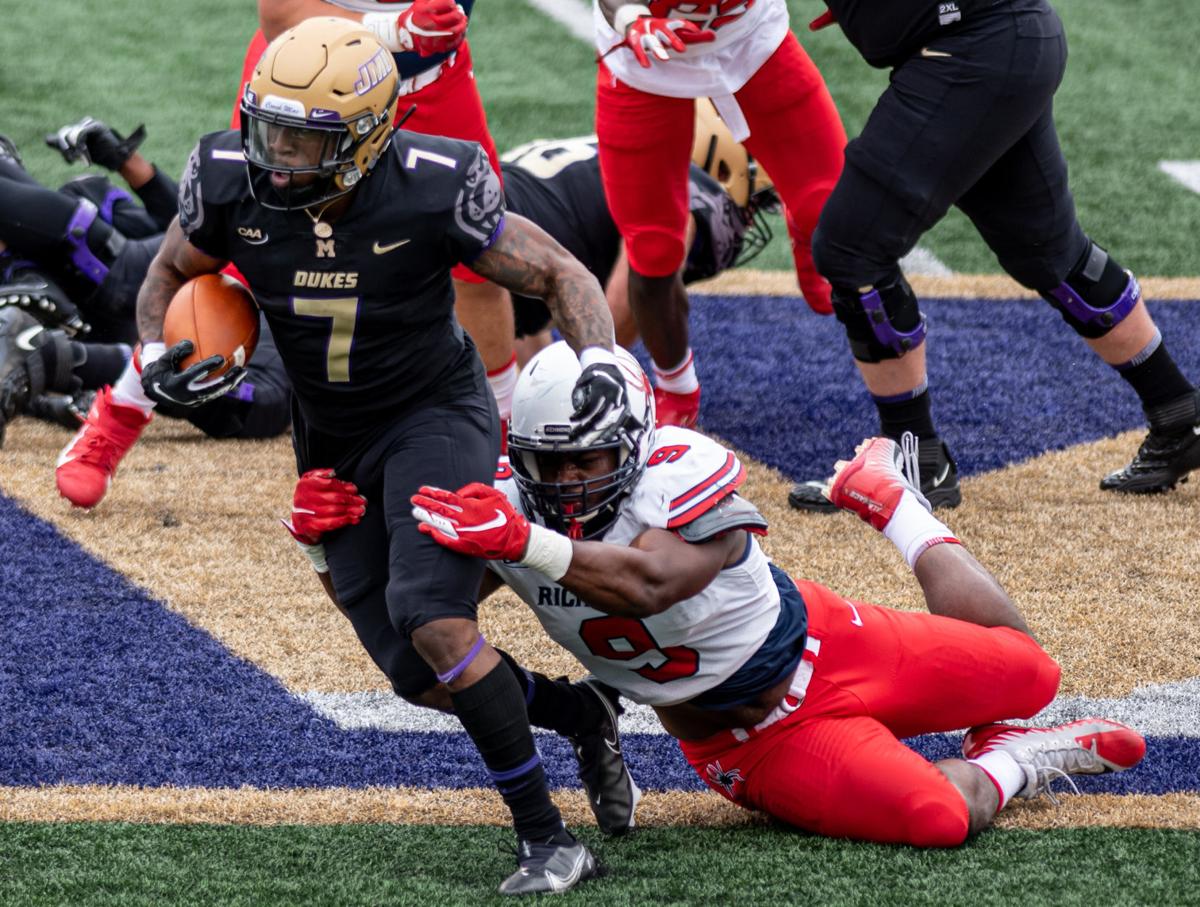 James Madison running back Jawon Hamilton (7) gets wrapped up by Richmond defensive lineman Darius Reynolds (9) during the Dukes’ win on Saturday in Harrisonburg.

James Madison coach Curt Cignetti leads his team onto the field before the Dukes’ win over Richmond on Saturday at Bridgeforth Stadium.

James Madison running back Jawon Hamilton (7) gets wrapped up by Richmond defensive lineman Darius Reynolds (9) during the Dukes’ win on Saturday in Harrisonburg.

That’s not how anyone thought it would go.

James Madison is the No. 3 seed for the FCS postseason. The 16-team field was revealed Sunday on ESPNU.

The Dukes, who went 5-0 overall and 3-0 in the Colonial Athletic Association to capture the conference’s South Division crown, were No. 1 in the playoff committee’s lone public ranking release – prior to the selection show – two weeks ago. JMU held steady at No. 1 in the Stats Perform FCS Top 25 and the FCS coaches poll since, and concluded its season with a 23-6 win over Richmond on Saturday.

“I’d like to thank the committee for providing us extra inspiration,” second-year JMU coach Curt Cignetti said with a you-know-what-eating grin across his face while on ESPNU.

“We’ve been playing the chip-on-our-shoulder, no-respect card for the last few weeks,” he said about his Dukes, who also were denied the CAA’s automatic qualifying berth into the FCS postseason by a group of league athletic directors on Saturday. They opted to award that to Delaware instead.

“But at the end of the day,” Cignetti said about 45 minutes later while speaking to local reporters during a Zoom interview after the selection show, “to reach your goals you have to be successful week in and week out.”

What was expected is the first-round matchup the Dukes are faced with.

JMU will host VMI at Bridgeforth Stadium at 2 p.m. on Saturday. The Keydets (6-1), champions of the Southern Conference, wrapped up their regular season on Saturday with a victory over The Citadel in a rivalry contest.

JMU is making its seventh straight postseason appearance while VMI is in the playoffs for the first time ever in its history. Cignetti said he’s watched the Keydets on TV a few times this spring, and that his staff would begin game planning for VMI on Sunday afternoon.

“I know that they throw the ball, do a really good job coaching,” Cignetti said. “[VMI coach Scott] Wachenheim has done a tremendous job. They have a really good football team. I think they’re one of the amazing stories in the country. They’ve beaten everybody pretty well and decisively in a tough conference.”

The Dukes also feature wide receiver Kris Thornton, a VMI transfer. In two seasons with the Keydets, he recorded 120 receptions for 1,343 yards. He leads his current squad with 17 catches for 311 yards and a pair of scores this spring.

The campuses in Harrisonburg and Lexington are separated by only 57 miles of I-81, but JMU and VMI have met only 13 times before with the most recent encounter coming in 2009. The Dukes hold a 10-3 edge in the series.

“They got players, they’re well coached and they’ll be tough,” Cignetti said.

The winner advances to the quarterfinals to face the winner of the first-round matchup between host North Dakota (4-1) and Missouri State (5-4), two Missouri Valley Conference members.

Just like the current government...the NCAA is corrupt and vindictive run by unprofessionals who are extremely biased and greatly influenced.