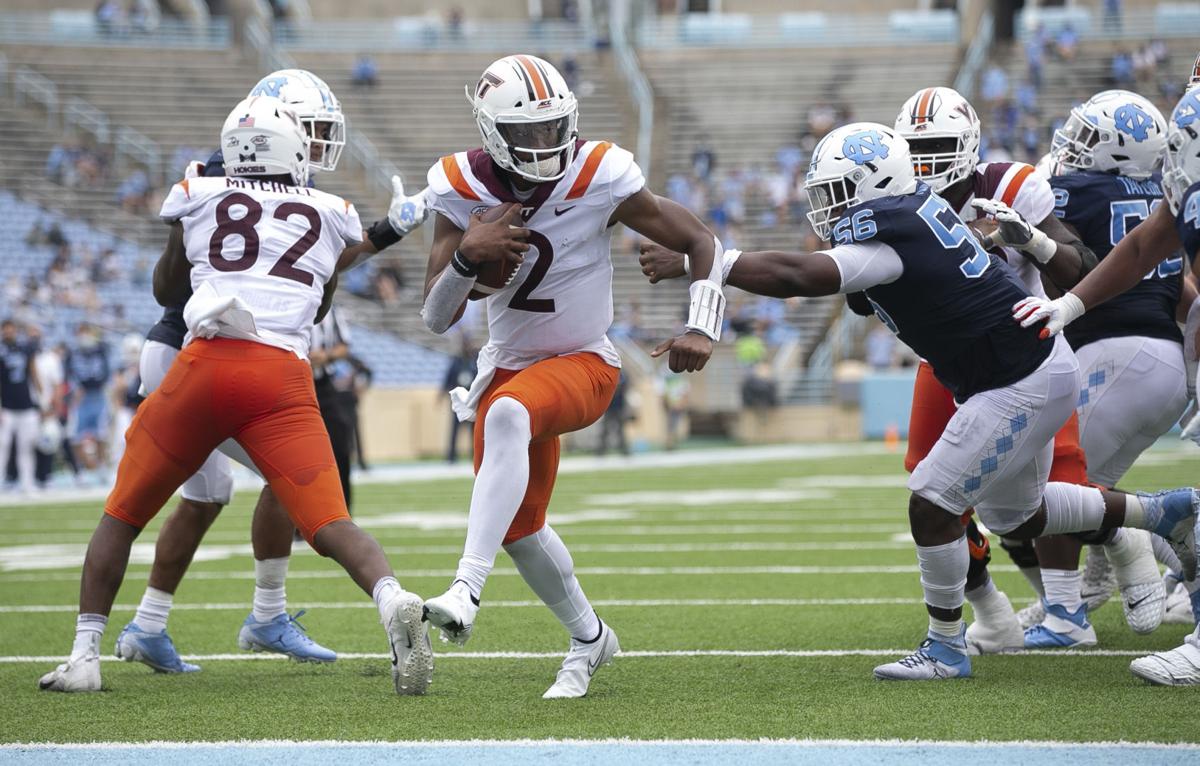 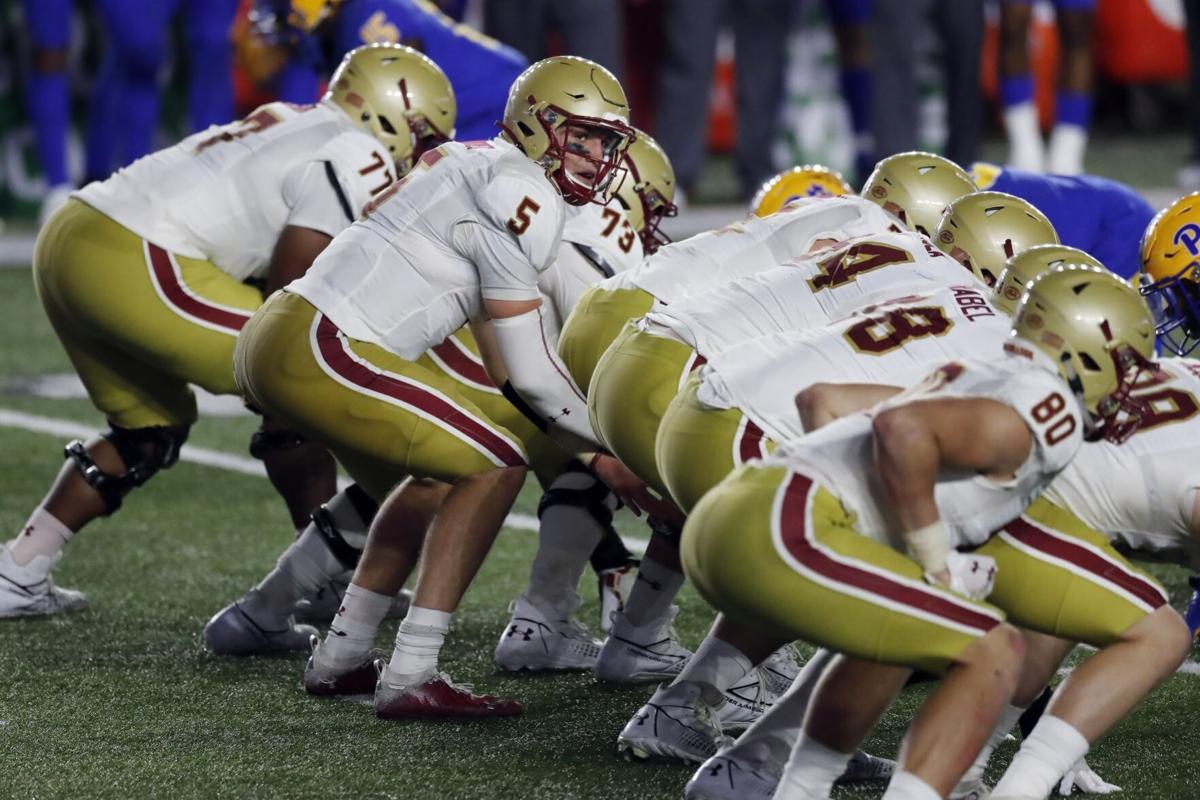 BLACKSBURG – No one would’ve blamed Alan Tisdale if he showed frustration in the days following Virginia Tech’s loss at North Carolina last Saturday.

After all, the Hokies were forced to use the outside linebacker as a safety in the game out of necessity. They were without multiple safeties due to coronavirus protocols. And on top of that, Tisdale hadn’t practiced as much as he wanted to and missed the previous game against Duke while he himself was in quarantine.

“It was like eighth grade football,” Virginia Tech coach Justin Fuente said. “It’s what it was. I hate it for our kids, but that’s the situation we’re in and Alan went out there and did the best he could.”

Tisdale said he was tired toward the end of the loss and added there was no excuse for not playing as well as he wanted to even though he was out of position and didn’t have the conditioning to finish strong.

“But it was kind of funny,” Fuente said. “Alan is a great competitor and great person, and he and I have a great relationship. I walk by him [Sunday] and he looked at me and said, ‘Why are you so down?’ So, Alan is fine. He’s ready to go and has a great attitude. He’s going to be alright.”

Said Tisdale: “That’s just me and [Fuente’s] relationship. Around practice, I’ll push him around him and tell him, ‘Let’s pick this up.’ But Sunday, I just saw his mood was kind of down and so I tapped him on his shoulder and told him to pick his head up, because I guess everybody was kind of down. We were all down because of the [UNC] game, but you can’t look back on it and can’t reminisce about it, so all we can do is move forward and keep pushing.”

Fuente and company have had their fair share of highs and lows through three games while trying to navigate player and assistant coach absences because of the virus. Virginia Tech was without 23 players in its season-opening win over N.C. State, 21 players in its win at Duke and 15 players last week at North Carolina.

“I’m not into moral victories,” Fuente said, “but I am proud of the way our guys have battled through some tough spots.”

First-year Boston College coach Jeff Hafley said: “I know he’s had to manage the COVID stuff and I give [Fuente] a lot of respect and credit. He’s had a bunch of guys sit out of games and he’s managed to win two, and they played a really good North Carolina team, fought back at the end and had a chance to win it. I know it’s been hard for him.”

The Eagles, on the other hand, have swiftly taken strides under their new coach while notching wins over Duke, Texas State and Pittsburgh. Their only loss came to North Carolina.

For Tisdale and Hokies’ defense, the challenge will come while trying to slow the Eagles’ passing attack. Boston College is second in the ACC for passing offense, as quarterback Phil Jurkovec is averaging 295.2 yards through the air per game and has eight passing touchdowns compared to only two interceptions.

The Coaches: Fuente is 35-21 in his five years at the helm of the Hokies, and Hafley, in his first season anywhere as a head coach, is off to a terrific beginning.

The Quarterbacks: Hendon Hooker is likely to start at quarterback for Virginia Tech on the heels of seeing his first action this year, in reserve of Braxton Burmeister, last Saturday. Hooker was the team’s starter last year and last week threw for 136 yards, rushed for 29 yards and accounted for three touchdowns.

He said BC’s defense plays hard for Hafley and Lukabu.

“They swarm to the ball and they’re really strong and firm up front,” Hooker said. “On the back end, they run a lot of one-high and get into some man, some cover 3, but overall what stuck out to me is their effort. They give 1,000 percent and they play hard.”

Jurkovec, a Notre Dame transfer, stands at 6-foot-5, 226 pounds, and the Hokies are aware of how difficult it is to bring him down.

Series History: Virginia Tech is 18-10 all-time against Boston College in a series that dates back to 1993, when the schools were members of the Big East. The Hokies and Eagles have met every year for the last 15 years.

Prospect On The Rise: While helping pave the way for Hokies star running back Khalil Herbert, Virginia Tech junior offensive lineman Christian Darrisaw has earned praised from many NFL Draft analysts looking on from afar.

“I would say he’s improved every year,” Fuente said. “The thing about Christian is he has been blessed with great hips and feet and he’s developed his body into being a strong, powerful body over the years. The thing that gives him a chance to be special is that he’s so very intelligent. He just has a good understanding of what we’re trying to accomplish and is competitive.”

Don’t Be Surprised If: Hooker and Herbert provide an even greater challenge for defenses trying to limit the Hokies’ run game.

Virginia Tech is averaging 299.3 yards on the ground per game to top the ACC.

“He’s like dynamite and I’m more of pop rocks,” Hooker said, “but he gave us the spark we need and just to see him go out there and play his game is a beautiful thing.”

Herbert has 449 rushing yards and five rushing scores this season.