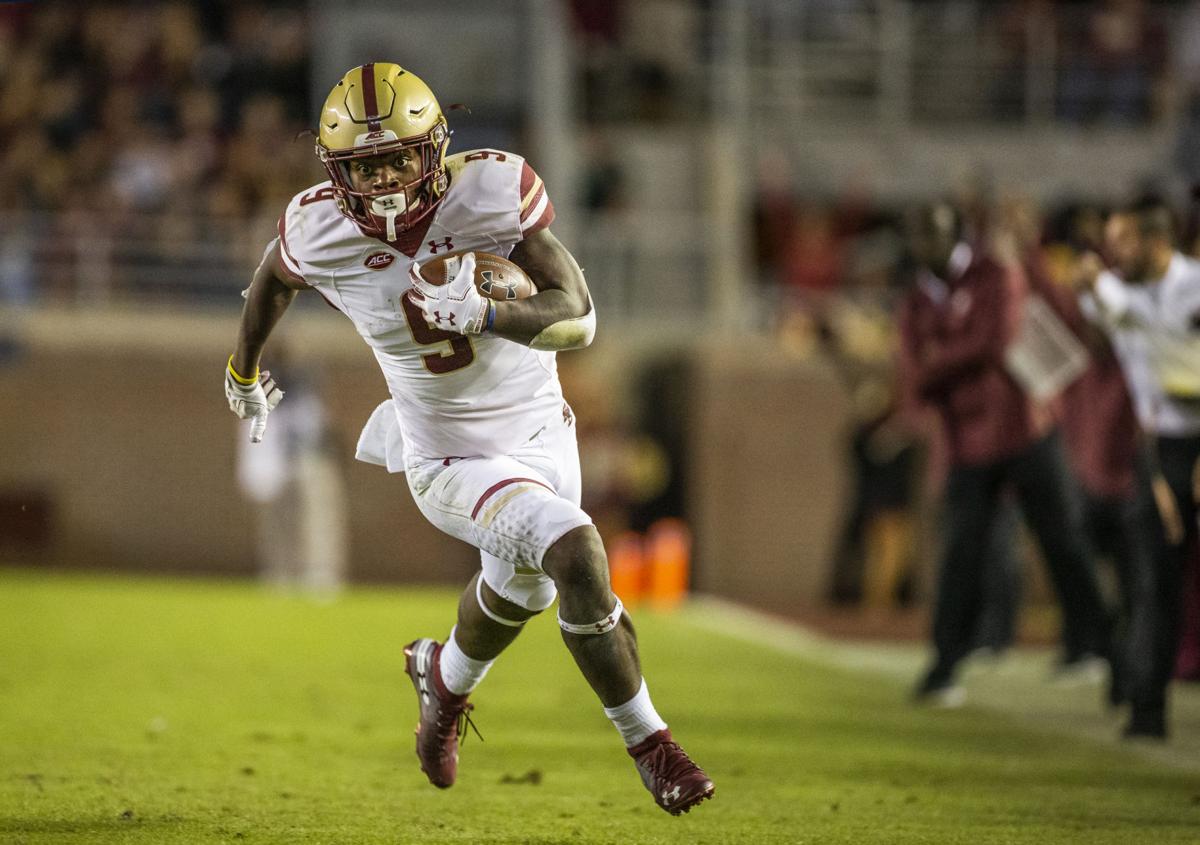 Boston College wide receiver Kobay White runs after a reception in the second half of a game against Florida State in 2018. 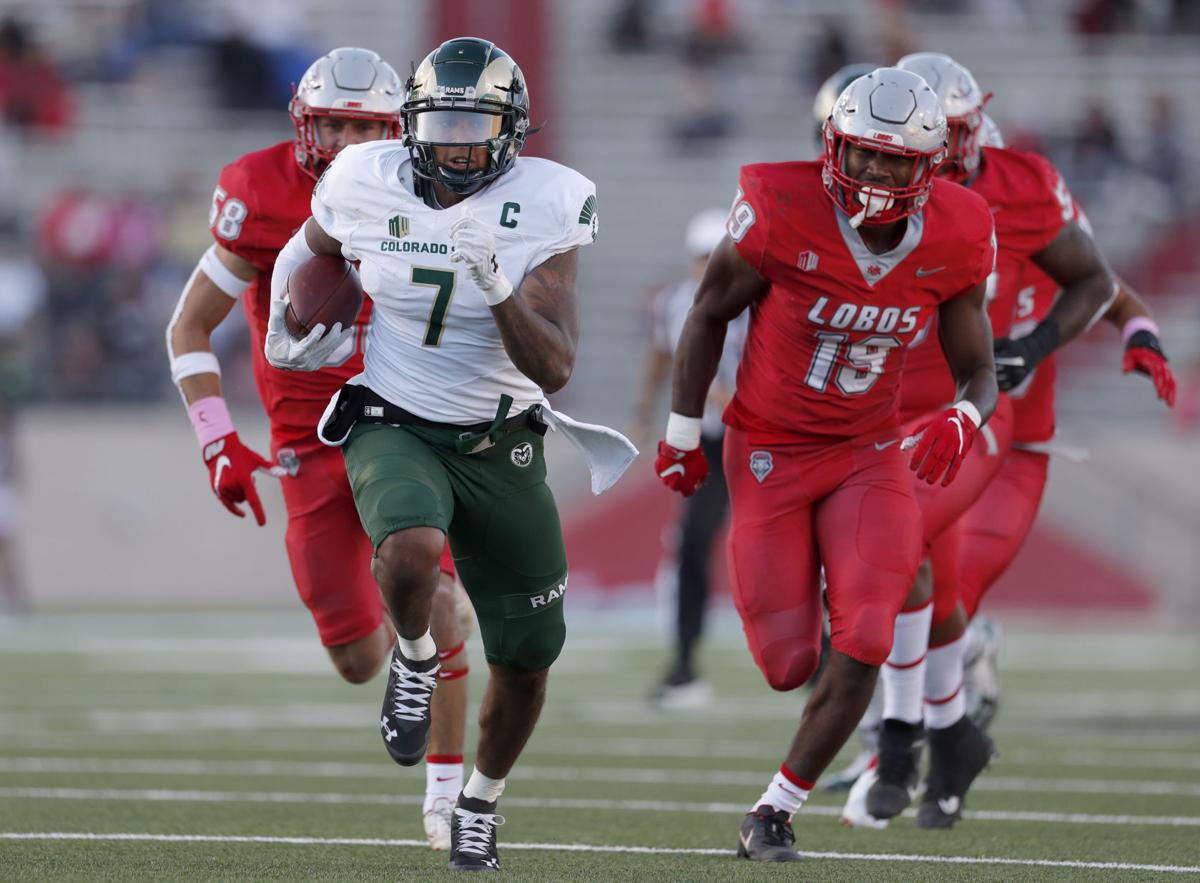 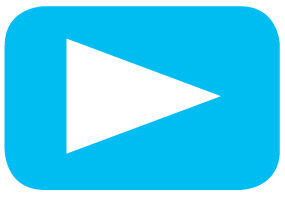 Boston College wide receiver Kobay White runs after a reception in the second half of a game against Florida State in 2018.

It’s 5 a.m. and Curt Cignetti is sitting in his second-floor office at the Robert & Frances Plecker Athletic Performance Center. A pair of James Madison helmets sit on a shelf to his right as he’s on his computer, clipping game film of prospective transfers the Dukes are eyeing in the transfer portal.

The task isn’t glamorous, but someone has to handle it. At most Division I FBS programs, the head coach isn’t the one doing it, they would have a department dedicated to this. But as the Dukes transition to the next level in Division I football, they haven’t installed a recruiting office yet or hired additional support staff.

This has been the scene for Cignetti and the rest of JMU’s coaching staff as they reload their roster, utilizing the transfer portal and begin a transition to the Sun Belt.

In the past week, Cignetti has seen both sides of the transfer portal, losing a star redshirt freshman, while earning three transfer commitments and offering a handful more.

First, it was the loss of wide receiver Antwane Wells Jr. to the portal on Thursday. He later committed to South Carolina on Monday. Hours after Wells' departure, Cignetti nabbed Monmouth route runner Terrance Greene Jr. from the portal. The next day, he added another receiver in Boston College’s Kobay White.

“Let’s face it, it’s like free agency right now,” Cignetti said of the transfer portal. “It’s like being in the NFL.”

Navigating the transfer portal is a team effort across JMU’s 10 assistant coaches and Cignetti, he said. For most of the assistants, "40 to 70 percent" of their job evaluation is based on recruiting, according to Cignetti.

The Dukes’ approach to the transfer portal has been a “commonsense approach,” Cignetti said. The process is a rather simple one and it begins with checking the transfer portal on a constant basis for new names to appear, about twice every 10 minutes, he said.

Once Cignetti sees a player he’s interested in entered the transfer portal, he tries to research them as much as possible.

It begins with looking at their bio on their current school’s website to see how long they’ve been in college. If they’re early in their college career or a graduate transfer, then it might be a good fit.

After that, the Dukes look at the player’s statistics and where he’s from. The closer he is to JMU, the better for Cignetti. If the player is from Virginia or close by, the more information Cignetti can find on him during the research phase.

When researching a prospective recruit, Cignetti said he tries to talk to as many people as possible, whether it's the player’s head coach, former high school coach or position coaches.

After the JMU coaches find a player they’re interested in, the next step is to reach out to them. Most of the time, it’s through Twitter.

It starts with a follow from Cignetti. If the player follows back, he might be interested. If he doesn’t, well, then he’s not and it’s time to find another player in the portal.

Once the Twitter messaging begins, it goes from there and could lead to an offer and commitment.

“It’s honestly pretty crazy. It seems like you just don’t know who’s going to be hitting you up next,” said Steven Stilianos, a Lafayette transfer tight end who holds an offer from JMU. “It’s pretty crazy because you don’t know what to expect every day.”

Stilianos was connected to JMU from one of his coaches at Lafayette, but he’s heard from several schools on Twitter. The 6-foot-5, Hayes native visited JMU during the FCS playoffs and said he anticipates making a transfer decision in February, as he’s a May graduate and will have two years of eligibility remaining.

With Colorado State quarterback transfer Todd Centeio, Cignetti said once they started communicating, the Dukes were all in on him.

When Centeio arrives on campus this spring, the Dukes expect to have 11 other mid-year enrollees to join him for the spring semester, six of which are expected to be transfers.

It’s a premium for the Dukes to sign a transfer that can arrive in the spring because it allows them to take part in spring practice. The recruits that are signed in time for spring practice aren’t there to add depth or be a backup, they’re competing for starting jobs.

“But still at the end of the day, you don’t want to sign guys for depth,” Cignetti said. “You want to bring guys in here that you can project to compete for starting positions.”

Cignetti expects to have another round of transfers after spring practice, heading into the summer. Until he fills his roster for next season, Cignetti and his staff will be up early, looking for the next player to wear purple and gold.