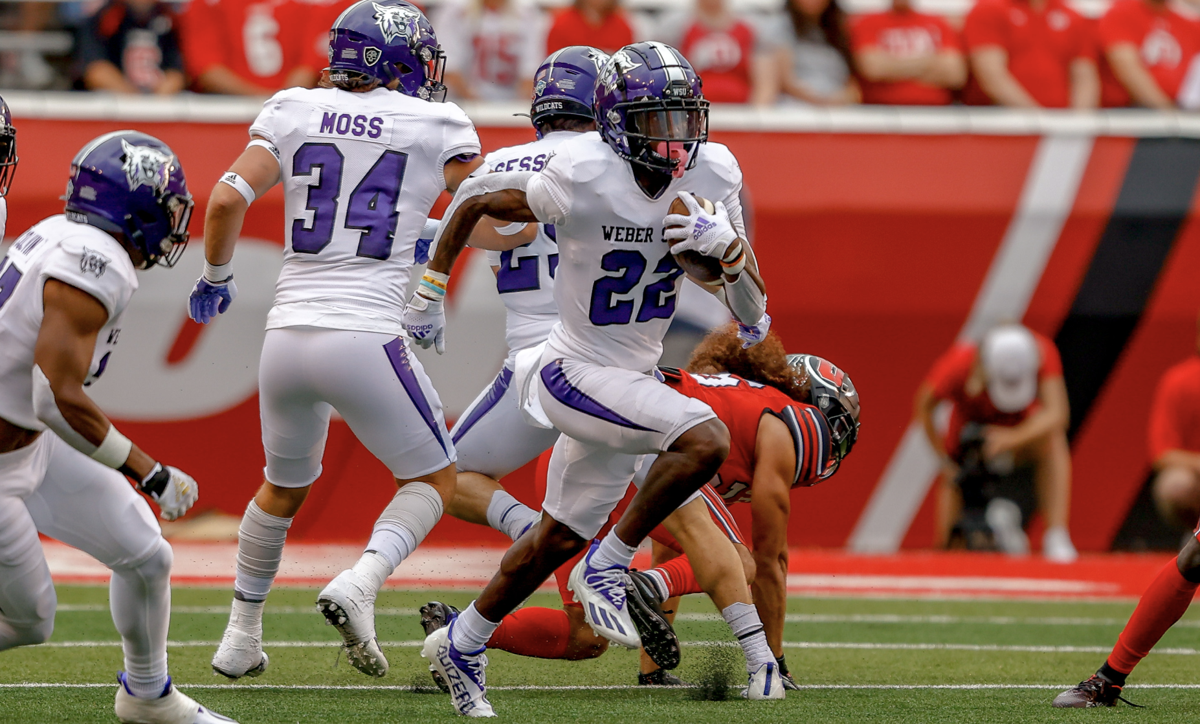 Weber State's Rashid Shaheed (22) returns the a kickoff for a touchdown against Utah earlier this month at Rice-Eccles Stadium in Salt Lake City. 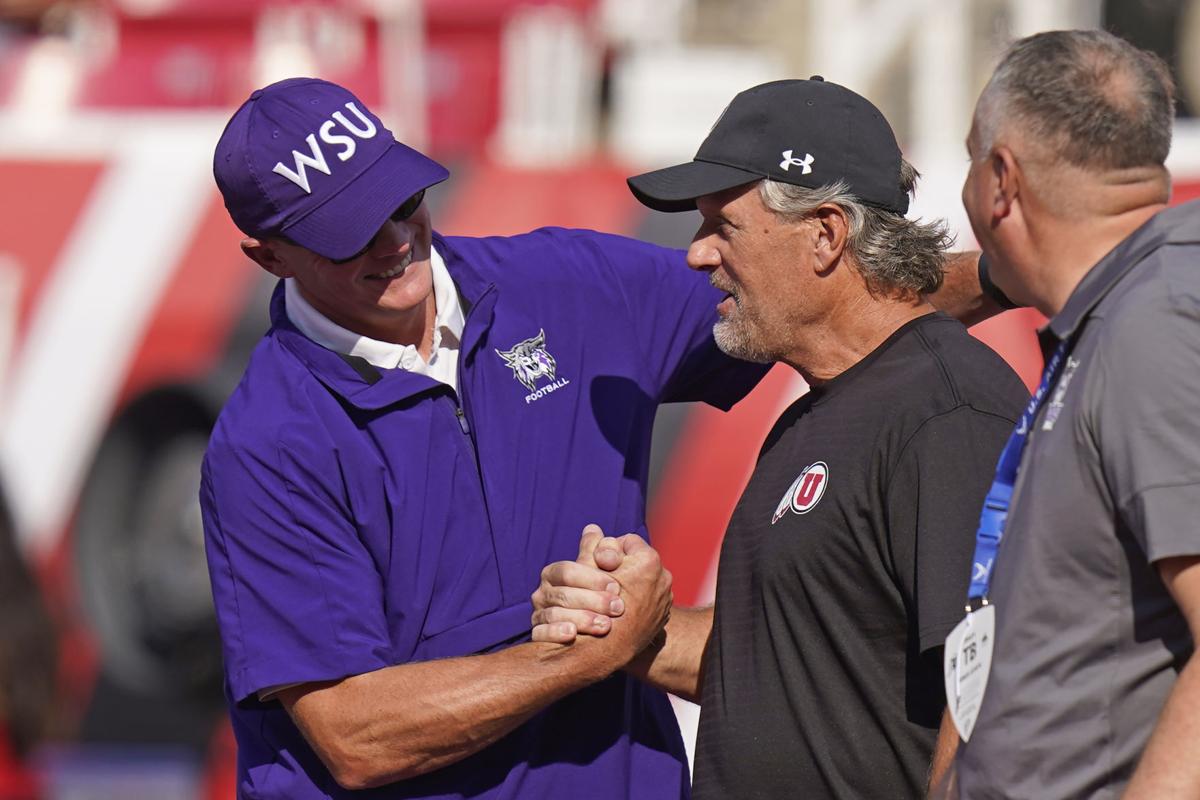 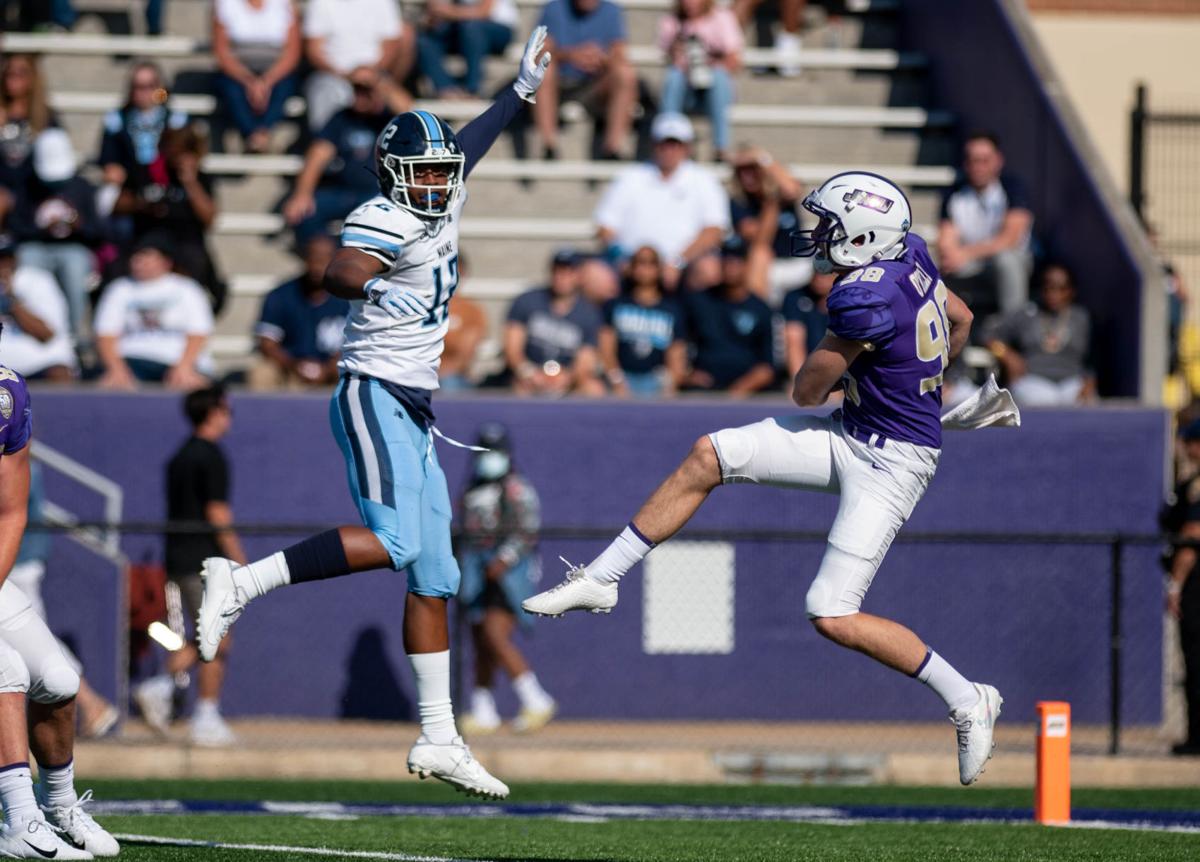 James Madison punter Harry O'Kelly (98) gets a punts away as Maine's Daniel Rymer (12) pressures during the Dukes' win over the Black Bears this past Saturday in Harrisonburg.

Weber State's Rashid Shaheed (22) returns the a kickoff for a touchdown against Utah earlier this month at Rice-Eccles Stadium in Salt Lake City.

James Madison punter Harry O'Kelly (98) gets a punts away as Maine's Daniel Rymer (12) pressures during the Dukes' win over the Black Bears this past Saturday in Harrisonburg.

Embedded in the roots of his program is the some of the education Jay Hill acquired when he first cracked into the coaching profession.

It’s also one of the reasons why his squads at Weber State have been considered to boast, perhaps, the most dangerous special teams in the FCS during its recent run of five straight appearances in the postseason.

The now eighth-year coach of the Wildcats was then, in the early 2000s, a graduate assistant at Utah under Urban Meyer, the former headman of the Utes, Florida, Ohio State and current coach of the Jacksonville Jaguars.

“Almost every night, Urban would come and grab me out of the defensive staff room,” Hill said, “and I was basically his guinea pig to write down notes and look for things that we were looking for on special teams – weaknesses in scheme, in personnel – and that was so valuable for me as a young coach.”

Nearly two decades later, Hill still dissects the flaws opponents reveal on special teams. Weber State kick returner Rashid Shaheed ran back a kickoff for a 100-yard touchdown against Hill’s alma mater, Utah, in Week 1 and this past Saturday the Wildcats executed a fake punt early in the third quarter at Dixie State. The play went for 25 yards and ultimately led to the Wildcats finishing the drive with a score.

This week, Weber State hosts James Madison, and the Dukes are preparing for any tricks Hill may have for this Saturday’s non-conference showdown of FCS powers.

“Their special teams are good,” third-year JMU coach Curt Cignetti said. “[Hill] has a special teams reputation. They fake a lot of punts, fake a lot of field goals. That game last week, they didn’t quite get off to the start they wanted to get off to and the fake punt in the third quarter really turned the momentum of the game around.”

During Tuesday’s practice at Bridgeforth Stadium, JMU worked its special teams units diligently at the start and end of the session with special teams coordinator Grant Cain instructing in detail especially what the Dukes’ punt-return unit could face against Weber State’s punt team.

“You have to understand that they’re good on [special] teams,” JMU fifth-year junior linebacker Diamonte Tucker-Dorsey said, “so we’re definitely putting an emphasis on it to make sure we’re taking care of business ourselves.”

Shaheed is one of four special teamers to earn All-American honors at Weber State during Hill’s tenure.

“Special teams are going to be a big key in the game,” Shaheed said. “It’s always the overlooked thing in football. But we take pride in it each and every week, and we feel like if we can win the special teams battle, it gives us more of an edge to win the game. And that’s how we look at it.

“We practice it. We watch a lot of film of special teams. It’s a big emphasis in all of our [position] rooms and a lot of our starters play on special teams, so that’s just part of our culture and we embrace it.”

Said Hill: “It’s something I believe in and I think it’s important.”

After Meyer departed Utah, Hill was elevated to special teams coordinator under coach Kyle Whittingham. Hill stayed in the role for all nine seasons he was there until getting the Weber State job. Hill said those years at Utah were critical in formulating the plan for his special teams with the Wildcats.

“Kyle gave me the reins of the special teams at Utah,” Hill said, “and quite frankly, we went through a lot of growing pains early with things I was trying to develop and do and then we just took off and were really good on special teams. So, like I say, [special teams] plays a big place in my heart.”

On the other side, the Dukes are 12th in FCS for punt-return defense and 26th nationally for kick-return defense. Also, JMU sixth-year senior kicker Ethan Ratke can set the all-time FCS record for field goals this Saturday. He tied the mark (75 field goals) previously held by ex-Montana kicker Dan Carpenter during JMU’s win over Maine this past week.

“We try to use [special teams] as a weapon, which I know James Madison does as well,” Hill said.