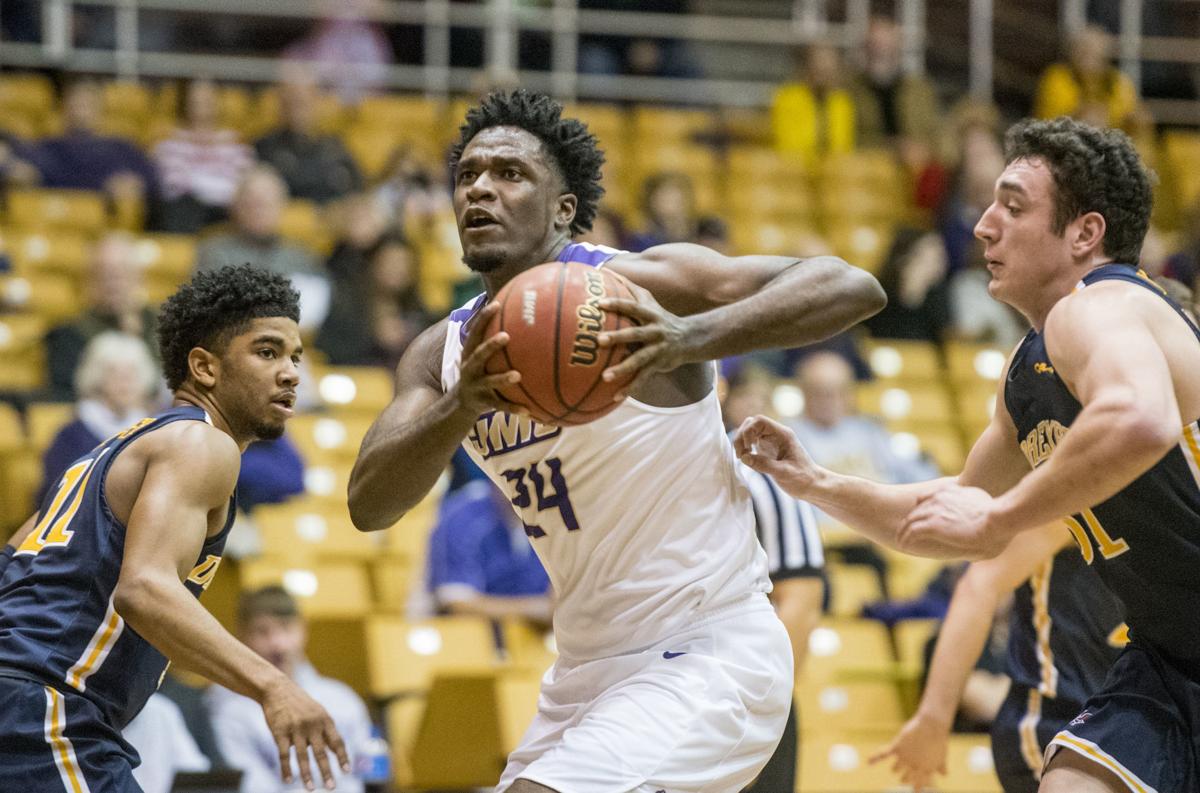 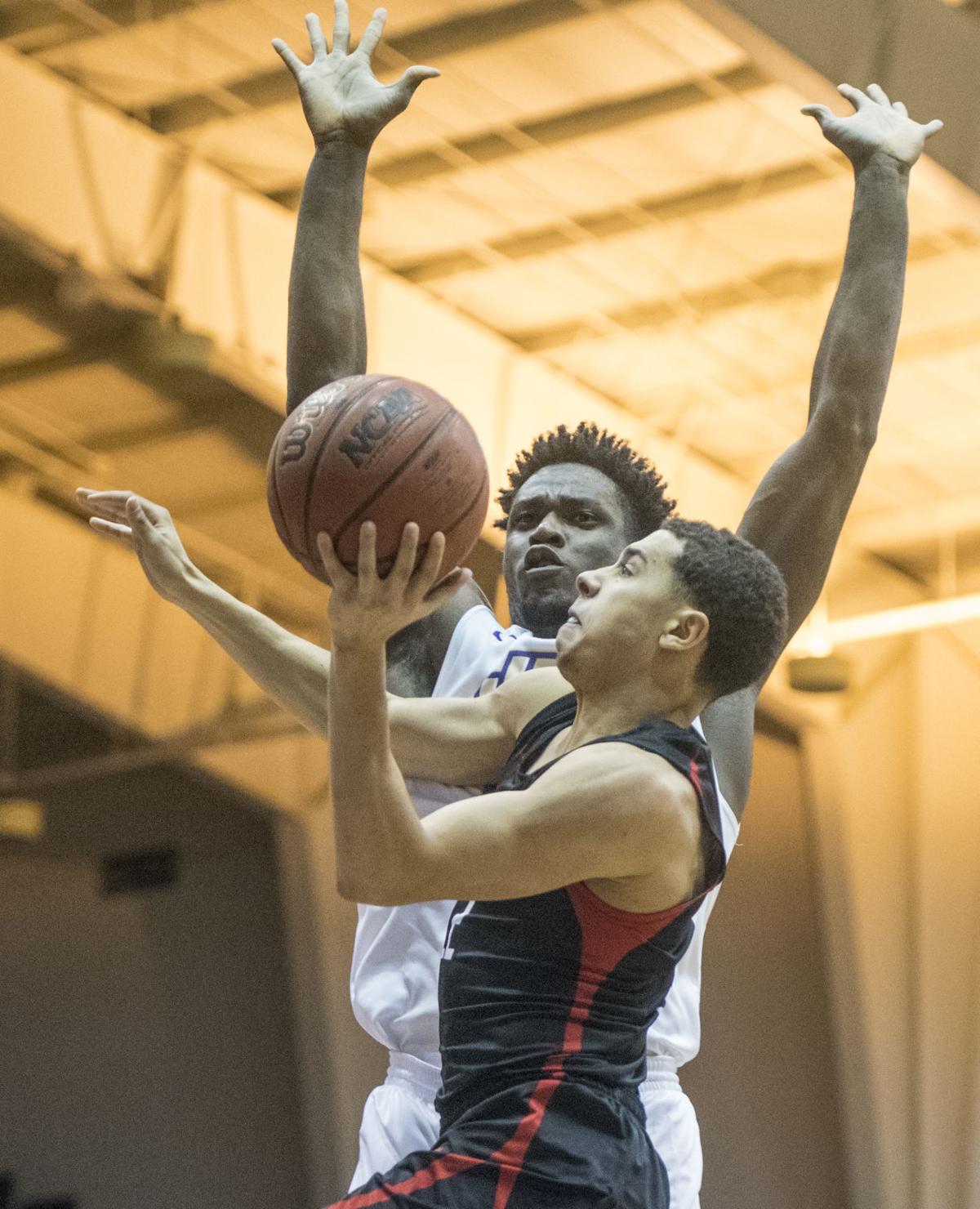 Northeastern guard Jordan Roland goes up for a shot in front of James Madison forward Dwight Wilson during the Dukes’ 78-68 loss last season in Harrisonburg.

Northeastern guard Jordan Roland goes up for a shot in front of James Madison forward Dwight Wilson during the Dukes’ 78-68 loss last season in Harrisonburg.

HARRISONBURG — Early in his sophomore season, James Madison big man Dwight Wilson got the call to come back to the postgame press conference after scoring 18 points and pulling down 12 rebounds in a win against Bridgewater College, leading the Dukes to a 4-0 start.

Wilson showed up in a green sweatshirt from Lincoln High School in Tallahassee, Fla., not knowing the protocol was to wear a JMU logo in front of the cameras. Teammate Darius Banks tossed him a purple Dukes pullover, but even with the proper attire, it was clear the 6-foot-8, 250-pound power forward wasn’t quite comfortable with the spotlight after playing less than 10 minutes per game the season before.

But he quickly grew accustomed to the attention, both on the court and off, producing a breakout season to give Madison a much needed post presence. Heading into his junior year, Wilson is one of the Colonial Athletic Association’s top returning big men and no more surprised when surrounded by reporters in the Convocation Center hallway than he is double-teamed in the paint.

“I thought this was a huge offseason for me to build off the season I had last year,” Wilson said. “Last year was that year where I had to step in and make big contributions. Now it’s that year where that is expected. No one is going to be surprised, it has to be the norm.”

Still, Wilson was a powerful, but somewhat raw presence underneath with a big frame that sometimes made it tough to match up with smaller or quicker-paced opponents.

But with the start of the 2019-20 season less than a month away, Wilson, who coaches and teammates call “DJ,” is noticeably leaner and listed as 10 pounds lighter than a year ago.

“Our plan, because obviously DJ has taken such a big step, is to give space for him to be able to not have so many double teams and space to be able to go to work in the post,” said JMU coach Louis Rowe. “As much as anybody, DJ rolling, DJ sitting in the dunker spot.”

With a roster stacked with explosive guards, the Dukes have every intention of getting up and down the court this season, meaning Wilson knew he had no choice but to keep up.

“A whole lot of running,” Wilson said when asked to describe his summer regimen. “Even when I was home by myself just small stuff like running miles, running to the store and back. Just a whole lot of running and trying to work on my speed and my endurance.”

Last season, while scouting opponents, Wilson also developed a habit of picking up tips from watching veteran post players around the CAA. Among them was Los Angeles Lakers rookie Devontae Cacok, who played with similar size and style at UNC Wilmington.

Cacok also made a similar leap in production from his freshman to sophomore seasons with the Seahawks before averaging nearly 18 points and 14 rebounds as a junior.

Who knows if that kind of season is in store for Wilson, but those around him said effort certainly won’t be an issue.

“You kind of got to tell him, DJ, get out of the gym. Get some rest,” JMU sophomore point guard Deshon Parker said. “Last year had a breakout year, but this year you should really feel him. His finishing around the rim is something I really haven’t seen before.”