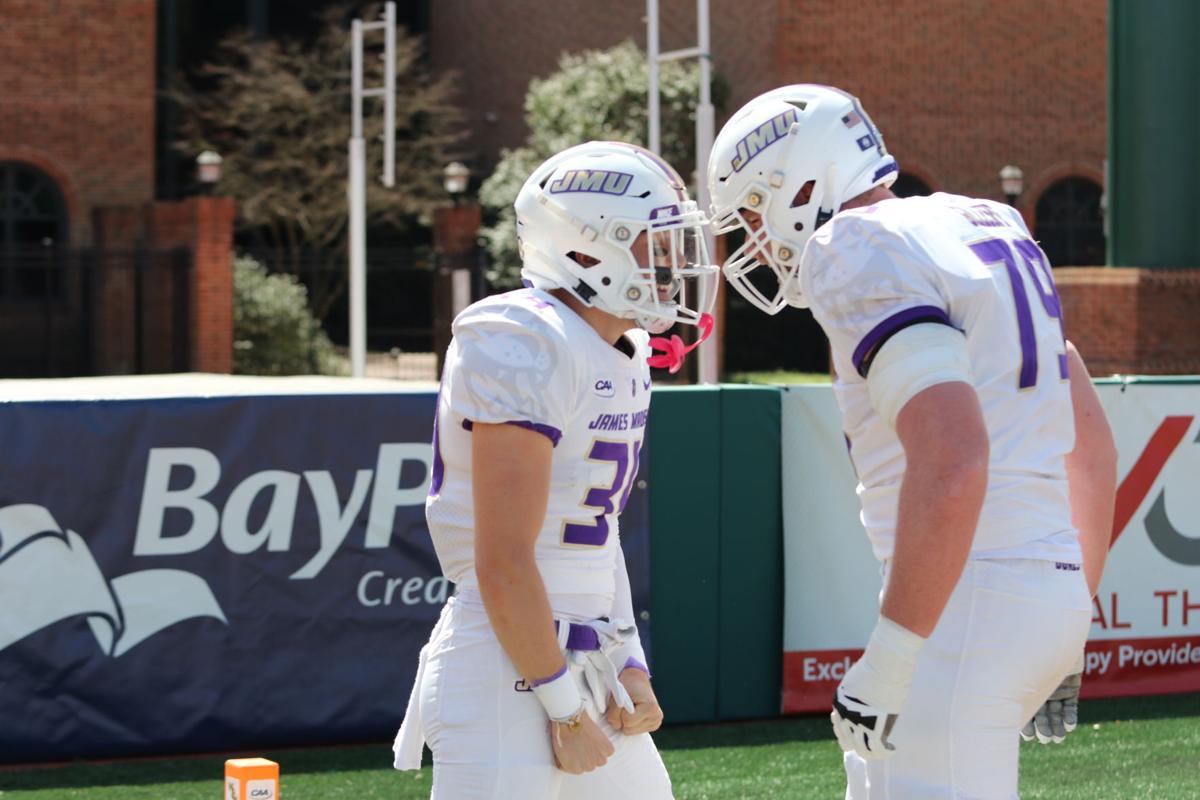 James Madison offensive lineman Raymond Gillespie, right, celebrates with Alex Miller after Miller's touchdown during the Dukes' win over William & Mary this past March in Williamsburg. 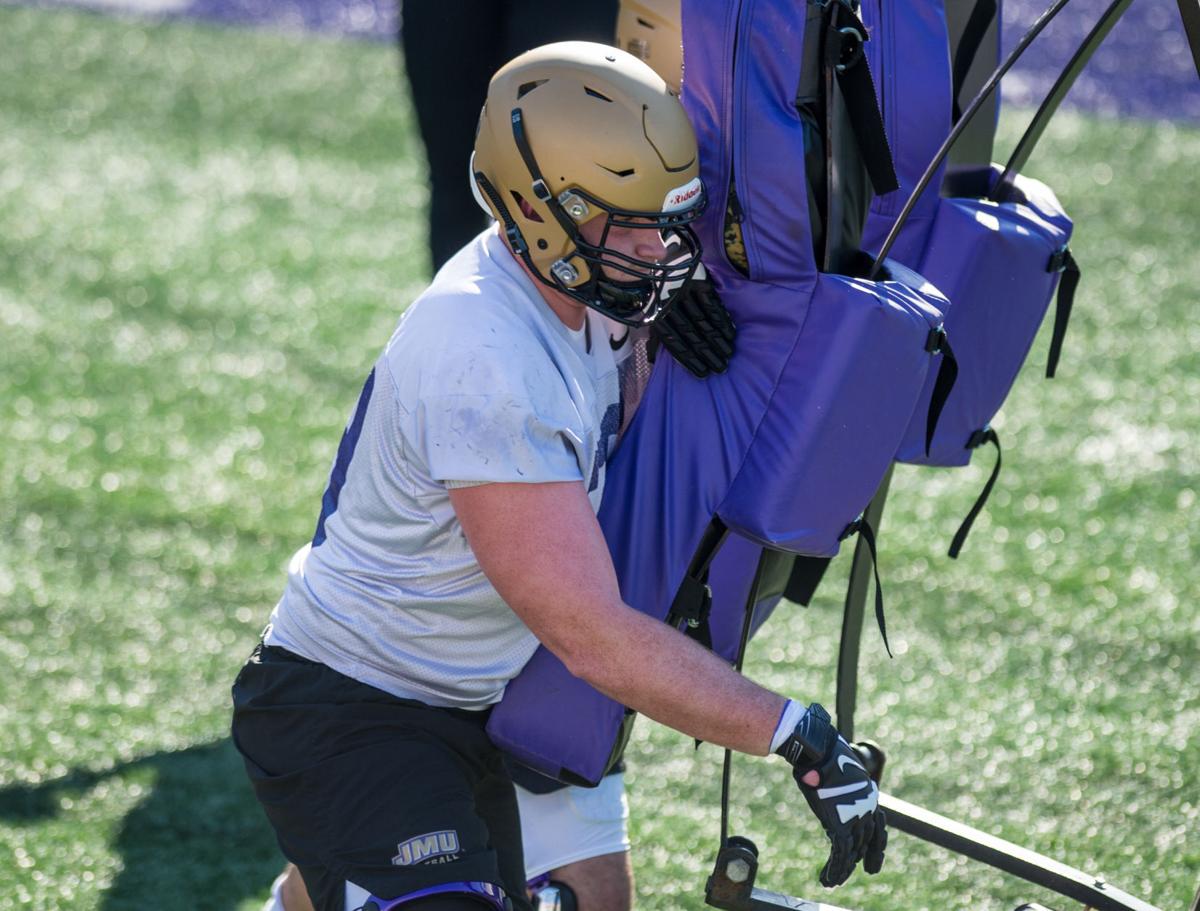 James Madison offensive lineman Raymond Gillespie, right, celebrates with Alex Miller after Miller's touchdown during the Dukes' win over William & Mary this past March in Williamsburg.

One of the program’s most seasoned players is done with football.

James Madison left tackle Raymond Gillespie has left the team in order to start his working career in the business field, a JMU spokesman confirmed to the Daily News-Record on Thursday.

Gillespie, an All-American by the Associated Press and Hero Sports this past spring, was slated to be a sixth-year senior this fall. He started 30 games and played in 48 throughout his five seasons with the Dukes.

The Atlee High School product improved each year at JMU, raising his status from preferred walk-on as a member of the 2016 national championship team to All-American and first-team All-Colonial Athletic Association choice while performing at his best en route to the FCS semifinals last season.

When the Dukes were without standout right tackle Liam Fornadel, who suffered a shoulder injury only two games into the spring, Gillespie started the first game without Fornadel at right tackle before bouncing back to the left side. He provided stability through his versatility and experience for an offensive line playing without its best player.

He also gained about 35 pounds in the long offseason between the 2019 title bout and the start of the spring slate earlier this year. Earlier in that same offseason, Gillespie briefly stepped away from JMU when he decided to exit the sport following his redshirt junior year.

But a change of heart, Gillespie said then, and feeling like he couldn’t move on after falling in such a hard-fought championship game loss to North Dakota State brought him back for the pandemic-impacted season. JMU coach Curt Cignetti and offensive line coach Damian Wroblewski welcomed back Gillespie for his fifth year with the program.

There won’t be a sixth season at JMU for Gillespie, who did work out with the team this summer up until his recent decision, though. So, during preseason practices beginning next month, Cignetti and Wroblewski will have to retool the offensive front, which graduated former starting left guard Truvell Wilson, too, but will return Fornadel.

At Lenoir-Rhyne, Beaver played in 24 games, racking up 14 tackles and also had 205 rushing yards and a touchdown.

Beaver is a native of Newton, N.C.