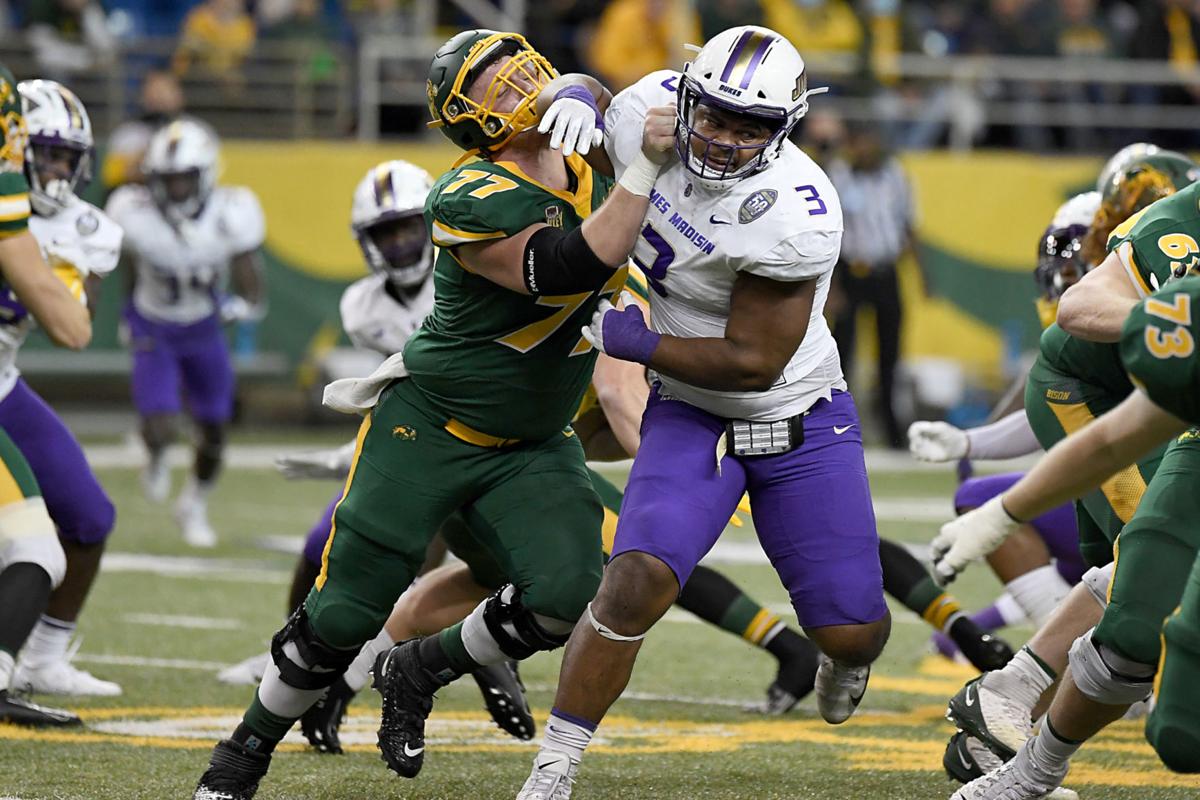 James Madison defensive lineman Mike Greene (3) fights through the North Dakota State offensive line on his way to a sack during the FCS semifinal in December. 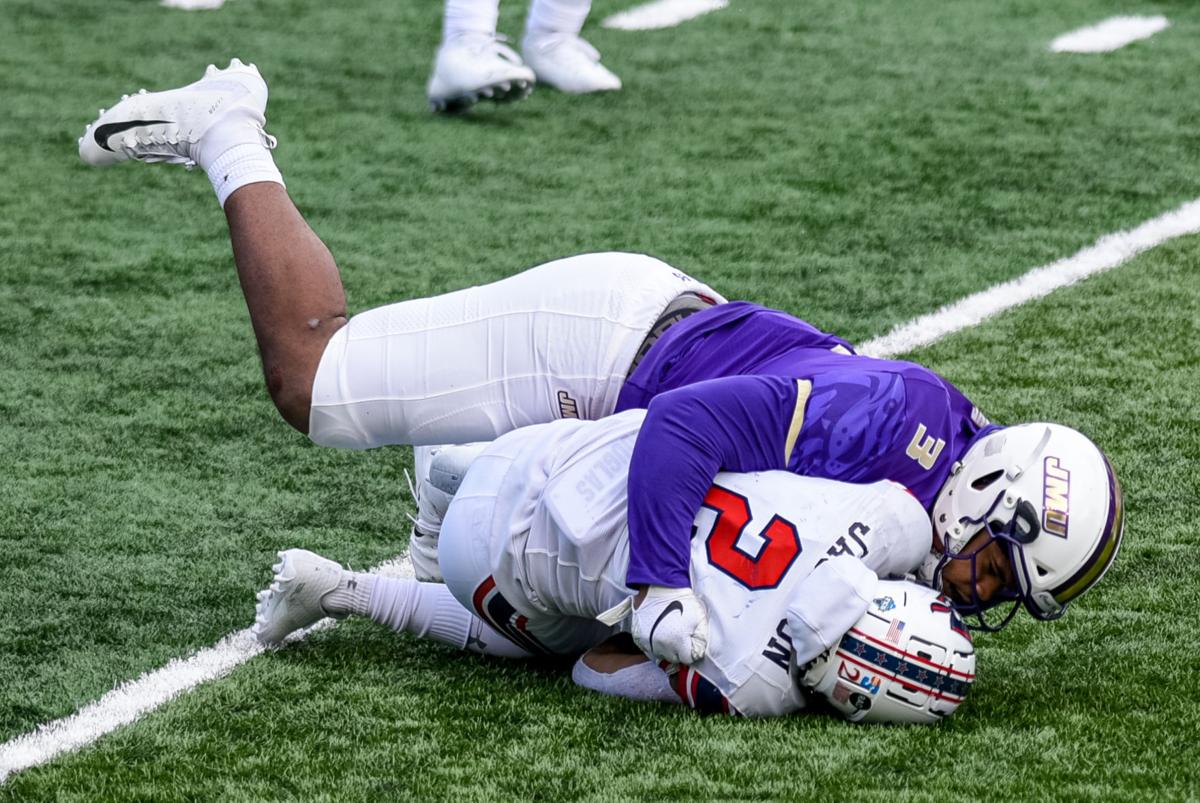 James Madison defensive lineman Mike Greene (3) fights through the North Dakota State offensive line on his way to a sack during the FCS semifinal in December.

When Mike Greene saw NFL scouts show up to watch defensive linemen Ron’Dell Carter and John Daka a couple years ago, he said he knew what he wanted to do.

He wanted to join them, of course.

It motivated Greene, a standout defensive lineman for the past five seasons at James Madison, to work harder, not only in games, but at practice, too.

“It showed me a blueprint of what to do as a JMU defensive lineman, just go out there and dominate the game,” Greene said. “After seeing them do that, it was easy for me to lead the way.”

Fast forward a couple years and Greene accomplished what he set forth by entering his name in this year’s NFL Draft in May. The fifth-year senior defensive lineman made it official on Tuesday afternoon via social media.

It took time for Greene to get to this point, but he made it. His college experience not only helped him grow as a player, but also as a person, he said.

“I’ve grown as a whole person, as a man,” Greene said. “It brought me closer to a lot of people, built a lot of connections, did a lot of networking at JMU, it’s changed me a lot. It’ll impact me for the rest of my life.”

Greene’s loyalty to the program stuck out to JMU head coach Curt Cignetti.

“Mike Greene’s loyalty to JMU will never be forgotten,” Cignetti said. “He stuck with us in a time that most move on to more fluff and pageantry. He was a great player, teammate and leader. Mike’s best football is ahead of him, and we are excited to follow his progress at the next level. At the end of the day, Mike stood for loyalty and will always be the ultimate Duke.”

On the field, Greene was a standout for the Dukes. In his last three seasons, he recorded 15.5 sacks, including a career-high 7.5 in 2019. Greene anchored the defensive front this season, logging a career-best 12 tackles for a loss and 56 total tackles.

In his final postseason slate as a Duke this season, Greene logged 2.5 tackles for a loss and 20 total tackles against Southeastern Louisiana, Montana and North Dakota State combined.

As Greene turns the page on his collegiate career, he has his sights set on getting ready for the NFL Draft. His first stop? The Hula Bowl on Jan. 15 in Orlando, Florida.

The Hula Bowl is an all-star game made up of players from FBS programs and FCS programs in front of all 32 NFL scouts. Greene will be joined by fellow Duke redshirt senior offensive lineman Liam Fornadel at the game.

For Greene, accepting the invitation to the annual game was a “no-brainer.”

“It’s just going to be great competition going against FBS guys, guys from the FCS, just competing and showing scouts we have what it takes to get to the next level,” Greene said.

Greene and the rest of the Hula Bowl participants will arrive in Florida on Monday, practicing all week leading up to the game.

“It’s huge,” Greene said of playing at the Hula Bowl. “The NFL, the whole process, people don’t look down at the FCS, but people say we have lesser competition because of the scholarship process in the FCS. Getting to play in the Hula Bowl or any all-star game, playing with higher competition was definitely a no-brainer.”

After the all-star game, Greene will head to New Jersey for his pre-draft workouts.

For Greene, making it to the NFL is more than just a goal for himself, but he wants to inspire the younger JMU players, just like Carter and Daka did for him.

Thunell, a Purcellville native, didn’t appear in a game this season with the Thundering Herd and will join the Dukes as a walk-on next year.

In his senior season at Loudoun Valley High School, Thunell logged 10.5 sacks, 12 tackles for a loss and 10 pass break ups as a defensive end.