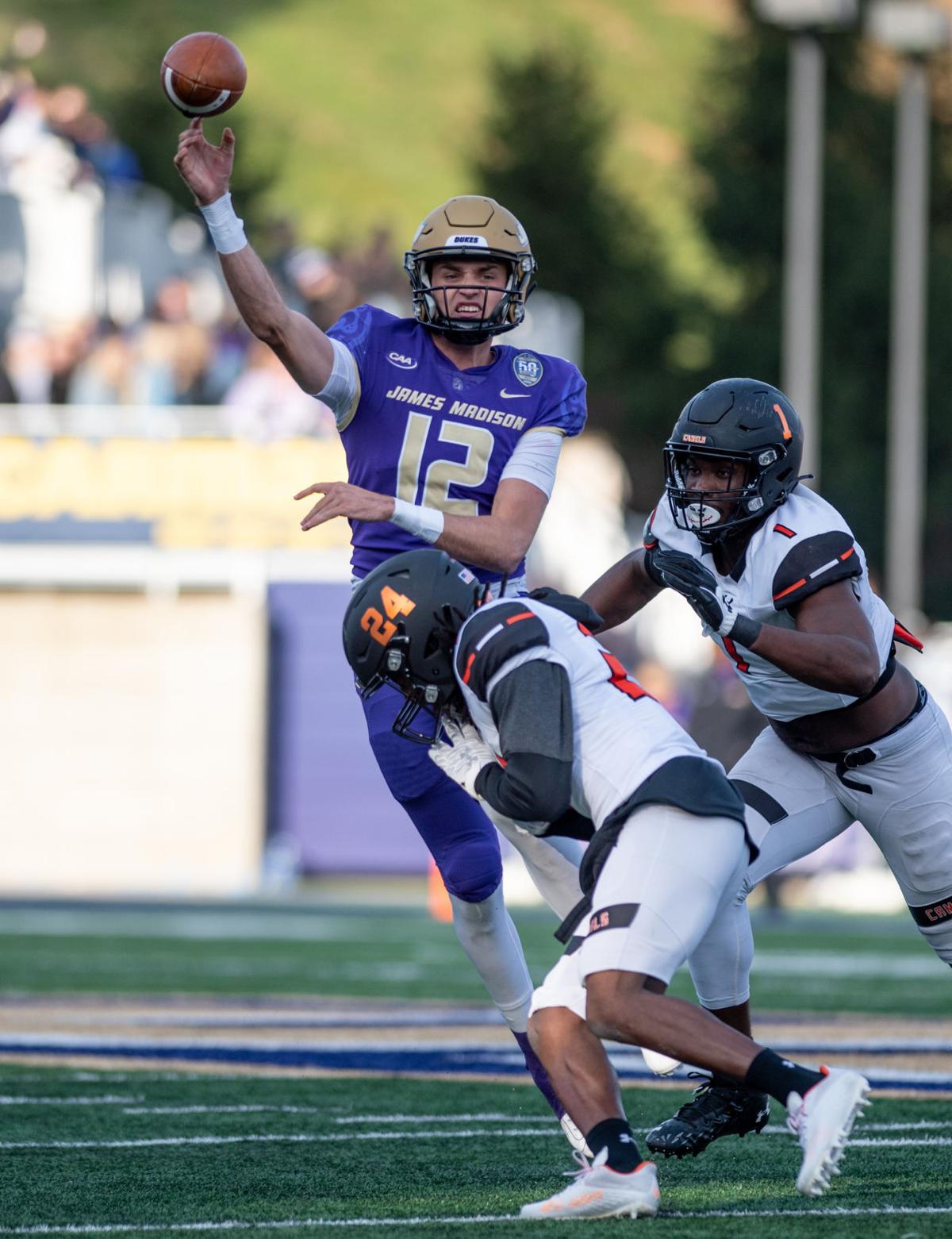 James Madison quarterback Cole Johnson (12), a Virginia Beach product, fires a pass over the Campbell defense during a game in November. 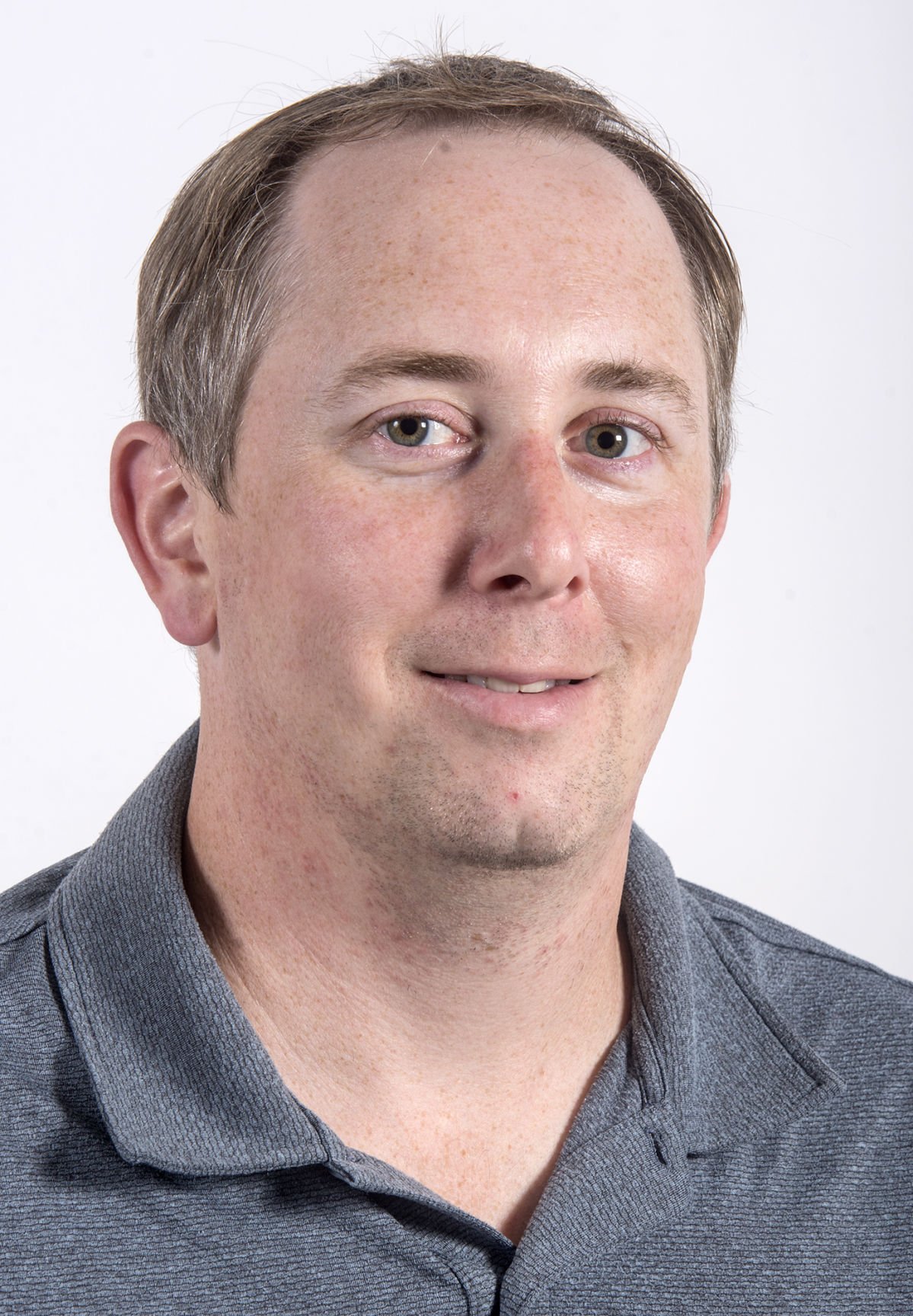 For somebody who thrives in the college football recruiting world the way James Madison coach Curt Cignetti does, the Dukes’ upcoming move to the Sun Belt Conference might make him feel a little like a kid unwrapping new toys on Christmas morning.

By joining the Sun Belt, JMU finds itself in a league with a geographic footprint that stretches across the most fertile recruiting grounds in the nation. Georgia, Louisiana and Texas produce hundreds of Division I prospects each year. The Sun Belt isn’t in Florida, but it’s close enough to attract more attention from Sunshine State products such as Todd Centeio, the Dukes' new transfer quarterback.

California is the only other state in the union that produces college football talent like those four, and the Dukes will now be an even bigger brand name down south where they can sell recruits on the prospect of playing conference games close to home.

But here’s the thing. Cignetti isn’t that kid tearing open presents under the tree — he said early this week he hasn’t even taken his own Christmas vacation yet — and lessons learned nearly three decades ago still stick with him when it comes to the idea of shifting JMU’s recruiting focus.

“When I was the recruiting coordinator for Johnny Majors at Pitt, we didn’t have very good facilities, we were down a little bit and we were recruiting Louisiana and Houston and all these places and kind of neglected our backyard,” Cignetti said.

JMU had 64 Virginians on the roster this season — some of them stars such as quarterback Cole Johnson and linebacker Diamonte Tucker-Dorsey — and several more from Maryland and North Carolina.

What the Dukes have is more options, but you can probably expect JMU’s squad to continue to be made up largely of players from the Commonwealth and its neighbors to the north and south. That includes players who come to JMU both out of high school and via the transfer portal.

“Just come back and win in my home state, that’s their big thing,” Steven Stilianos, a first-team All-Patriot League tight end at Lafayette from Gloucester County, told the Daily News-Record about the Dukes’ recruiting pitch after he entered the transfer portal.

Virginia might not be Georgia or Texas in terms of total numbers of Division I players it produces, but the Richmond, Hampton Roads and Washington DC metros are fertile recruiting grounds where the Dukes already earn a lot of attention.

States such as Pennsylvania and New Jersey have also been good to the Dukes as members of the Colonial Athletic Association, which only gets more geographically centered on the northeast over time. Reports on Wednesday started circulating that Monmouth would replace JMU in the CAA Football Conference.

Perhaps, as JMU settles into the Sun Belt, the Dukes can look south simply to fill in the gaps. Even with Cignetti’s Western Pennsylvania roots, those Southern states have to look pretty appealing.

And it’s not like JMU has ignored Georgia to begin with. Running backs Austin Douglas and Solomon Vanhorse both came to Harrisonburg from the Atlanta area, as did a handful of Dukes on the 2021 roster.

Getting on the radar of FBS-caliber players down there should only get easier as JMU joins an SBC East Division with Georgia State, Georgia Southern and Coastal Carolina.

But, as Cignetti noted when reminiscing about those days at Pitt, home is where the heart of a program is. JMU’s investment in the football program and rise to become an FCS power paid off in state, where the Dukes could gain interest from FBS-level players even when they played at a lower subdivision.

James Madison’s ability to pull the best players in the region, and sometimes even go head-to-head with Virginia Tech and Virginia for recruits, should only improve with the move up.

“We’ve been in Georgia and Florida too, we’ll probably dabble in there a bit now,” Cignetti said. “But the best chance you have to get a great player is the closer he is to you. The closer he is to you, the more you know about him or can find out about him. I think we’re very blessed to have a state where there is a lot of talent. Might you get a guy from Alabama now, who knows? But it all starts in that six-hour radius.”