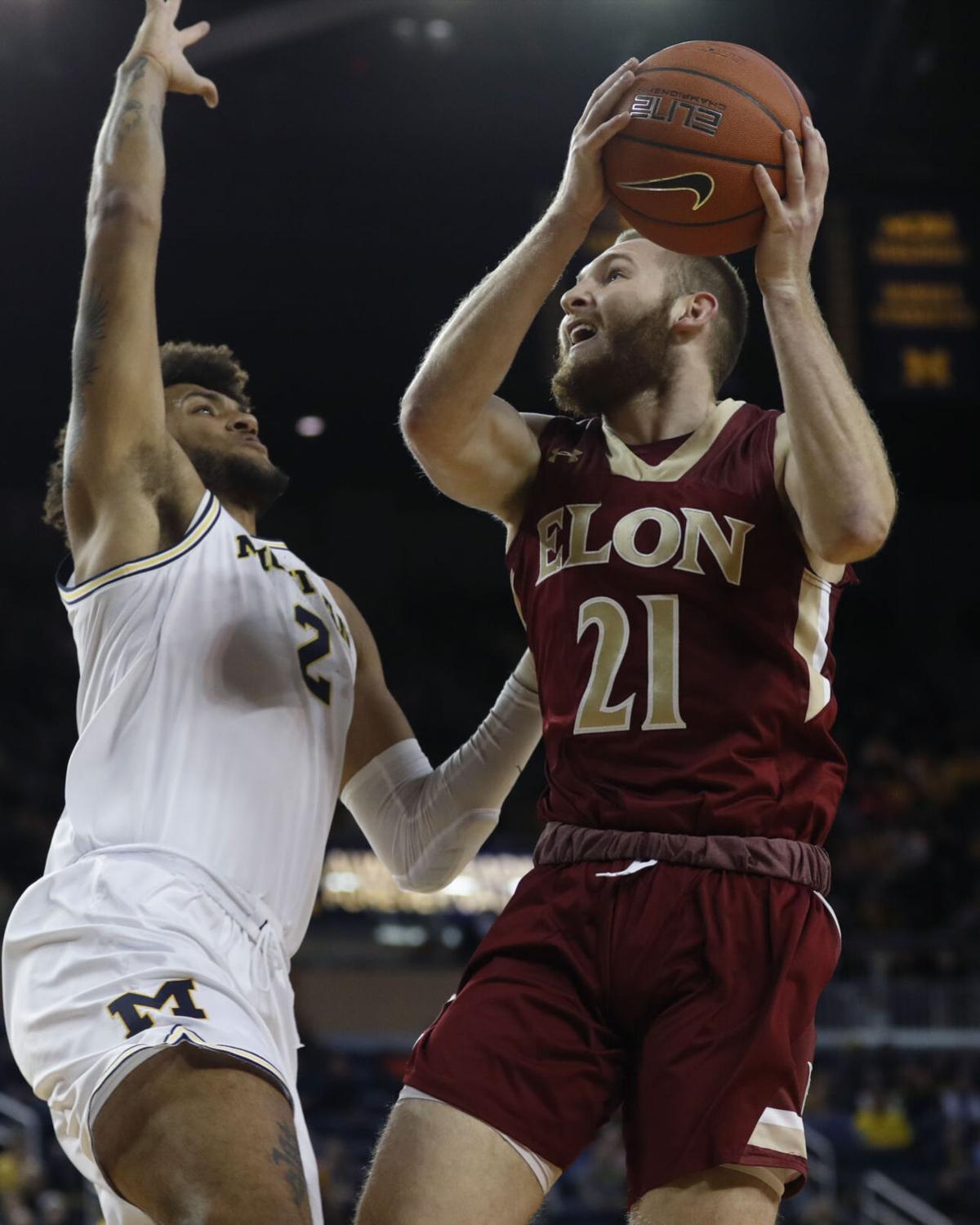 Former Elon guard Andy Pack (21), who has since transferred to Bridgewater College, prepares to shoot as Michigan forward Isaiah Livers defends during a Nov. 2019 game in Ann Arbor, Mich. 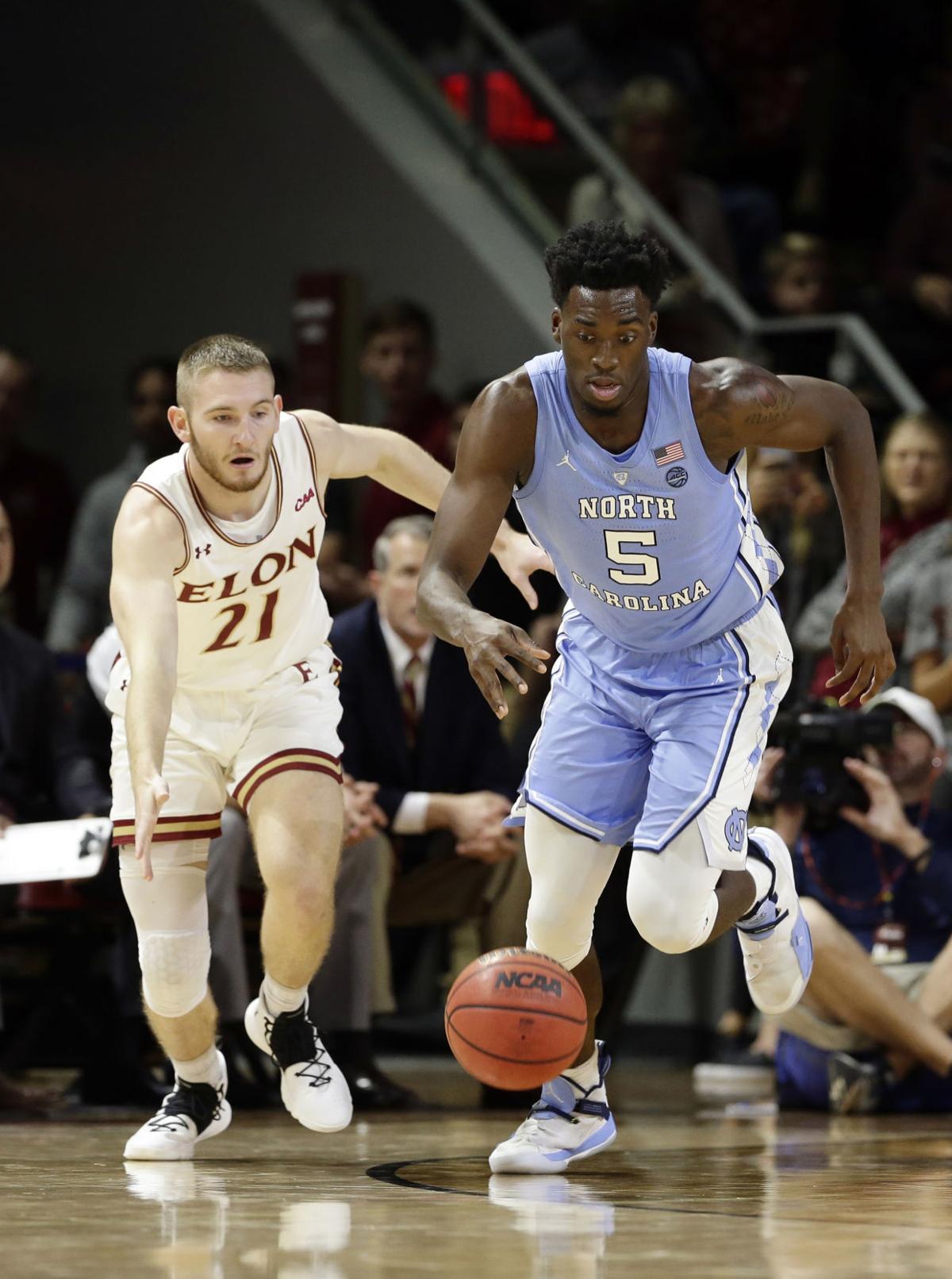 Former Elon guard Andy Pack (21), who has since transferred to Bridgewater College, prepares to shoot as Michigan forward Isaiah Livers defends during a Nov. 2019 game in Ann Arbor, Mich.

Andy Pack debuted at home in a contest against North Carolina. He’s played inside UNC’s Dean Smith Center, too, and in Michigan’s historic Crisler Center as well as Georgia Tech’s McCamish Pavilion.

He’s fond of those memories matching up against some of the sport’s powers, he said, but his career will continue at Nininger Hall this coming Wednesday when Bridgewater College opens its season versus Averett in non-conference action. Pack transferred to BC from Division I Elon during the offseason.

“Just to experience playing at that level and knowing I’m a Division I basketball player, I proved that to myself,” Pack said, “which, I think, is why I was OK with leaving. I had proved to myself that I could do it. Now it’s time for me to do what I want to do.”

As a member of the Eagles, he can be the focal point. The offense can flow through Pack, a 6-foot-4 junior guard who played in 60 games over two seasons for Elon. He scored a career-best 16 points in a Colonial Athletic Association meeting with Delaware last January and had four double-digit scoring performances during his freshman year. But his minutes fluctuated from one game to the next as a sophomore when Elon’s new coach, Mike Schrage, was settling into his role.

Pack averaged 10.9 minutes on the floor to go along with 2.6 points and 1.6 rebounds per game in his two seasons for the Phoenix.

“And I didn’t really see myself changing that role through the next two years there,” Pack said. “I saw myself being a 10- to 15-minutes per game guy my whole career and that wasn’t really what I was looking for.”

His options for what was next varied, he said, once he entered the transfer portal. Other Division I programs reached out, seven or eight Division II teams offered him a scholarship and then there was Bridgewater College, the lone D-III school to inquire about Pack’s services.

“At that point, [Pack] was a bonafide, clear-cut Division I guy, had a lot of options, offers and ended up committing to Elon pretty early,” Enright recalled. “But as things this offseason moved in the direction of ‘Hey, he is going into the portal,’ and there was a coaching change there between his freshman and sophomore year, I thought he was ready for a different environment.

“And I think we made a lot of sense for him with what he was looking for out of his college career and the impact he wants to have somewhere on a program as well as the opportunity to play with his best friend in college. That’s not something a lot of kids get to do.”

Enright said Hodge deserves most of the credit for nudging Pack toward the Eagles, but that he too bonded with Pack during the transfer process.

The second-year BC coach spent about 45 minutes on the phone with Pack the day after Pack opted to leave Elon to see what Pack desired from his next stop. Zoom video conferences and FaceTime calls became the norm quickly afterward for the two and Enright’s staff, since Pack couldn’t visit the campus due to the NCAA barring in-person recruiting because of the pandemic.

“Enright just told me that we haven’t been successful in a very long time,” Pack remembered about the pitch Enright made, “and that, ‘if you come here, you’ll be the centerpiece of building this thing to where we want to get it to.’ He said there were some other pieces that they were bringing in and were returning, but I could help them get to where they want to be. So it was like if you come here, ‘We’re right immediately and a contender.’”

Said Enright: “Our values aligned with his and there was familiarity already in the program that could vouch for what we have going on.”

In addition to Hodge, his father Derek Hodge, a Northern Guilford assistant coach, is a Bridgewater College basketball alum. Enright said there are more ties BC has to the Greensboro basketball community that might’ve helped land Pack also.

Now, as the Eagles near the start of their season, Pack is filling the more prominent role he envisioned for himself when he chose BC as his destination. He is providing a leadership factor Enright believed someone with Pack’s experience could bring to the roster as well.

Enright has already named Pack a captain for this year.

“Andy has a good way about him,” Enright said. “He’s a low-maintenance guy. He’s an in-the-gym guy, he loves hoops and he’s a talented guy, which is why he was a mid-major Division I player for two years on scholarship.”

Pack said he’s enjoying the interaction with his new teammates and is looking forward to the next phase of his career tipping off.

“I think they all hear what I say,” Pack said. “And I like to think that they think I know what I’m talking about sometimes. I know I didn’t score all that much at Elon, but I learned so much about the game, being in those situations and all that type of stuff, so I have a lot to share that they don’t necessarily know.”

Enright said he thinks Pack will score plenty enough soon with BC, though.

“He shoots the ball well, but I don’t think he’s just a shooter,” said Enright, a former VMI assistant. “He’s versatile. He can take it off the dribble and I think at this level he can play around the rim. Some things he and I have talked about are the big differences between this level and Division I, and it isn’t just skill or talent. It’s actually more a couple of inches or a couple of steps. Guys are bigger and more athletic in D-I, so when he drives the ball that this level there isn’t going to be a 6-10 rim protector rotating over to make it difficult. … I think that will be advantageous for him.”