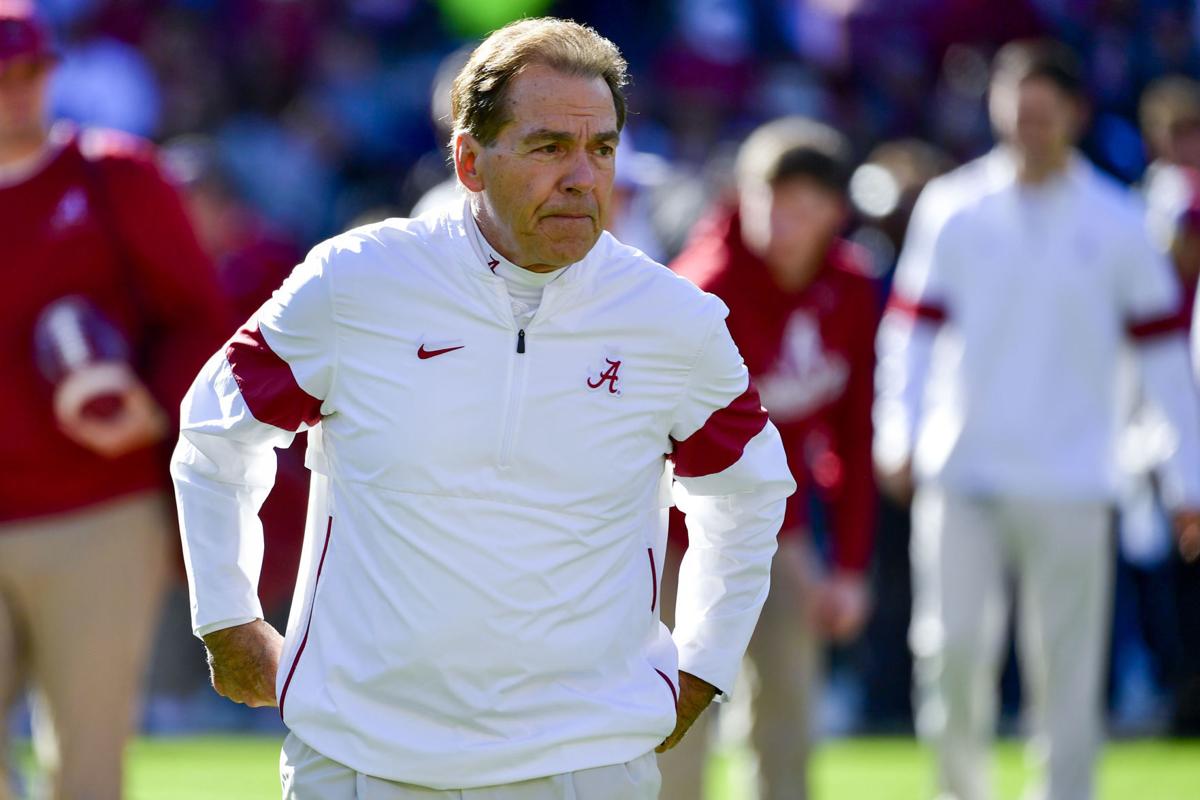 Alabama head coach Nick Saban watches warm-ups before a game against LSU in November at Bryant-Denny Stadium in Tuscaloosa, Ala. 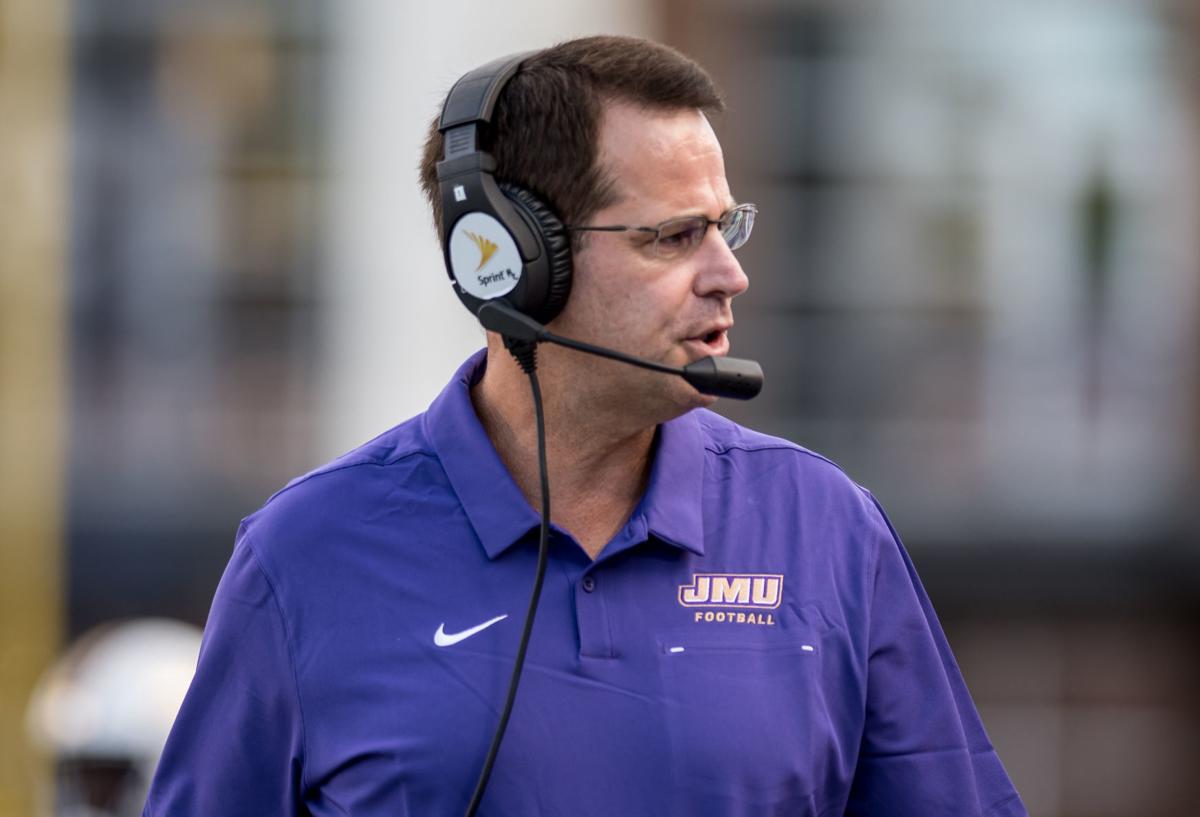 James Madison coach Curt Cignetti talks into his headset during the Dukes' win over St. Francis earlier this season at Bridgeforth Stadium in Harrisonburg.

Alabama head coach Nick Saban watches warm-ups before a game against LSU in November at Bryant-Denny Stadium in Tuscaloosa, Ala.

James Madison coach Curt Cignetti talks into his headset during the Dukes' win over St. Francis earlier this season at Bridgeforth Stadium in Harrisonburg.

There was nearly a 30-year gap between their initial interactions and when they’d eventually work together.

Before Saban became college football’s most prominent man in charge, he was the West Virginia defensive backs coach for Frank Cignetti Sr. during his final two years leading the Mountaineers in Morgantown, W.Va.

“And he was a high school player at the time,” Saban said of Curt Cignetti, now the coach at James Madison. “I always thought he was a bright, young guy and then he got into coaching and did a really good job everywhere he ever coached.”

Saban won one national championship as the coach at LSU and has led Alabama to five titles since taking the job there in 2007. His first championship-winning season in charge of the Crimson Tide came in 2009 during an undefeated campaign with Cignetti working as the recruiting coordinator and wide receivers coach.

Cignetti will aim for his first national title as a head coach when the second-seeded Dukes meet top-seeded North Dakota State on Saturday at noon in the FCS championship game.

“That was a valuable time for me,” Cignetti said of his Alabama stint. “I probably had 24 years, maybe, of FBS assistant experience going to Alabama, and I was with Nick for four years being part of the original staff. So I went in on the ground floor when we had to build it up and I really learned a lot from him in terms of how to run a program, organization, leadership and how to practice, really from A to Z.”

Saban said: “[Cignetti] really did an outstanding job here for us coaching the receivers and I’m not surprised at all that he’s become a really, really good head coach.”

Cignetti is 81-27 in his nine seasons – six at Indiana University of Pennsylvania, two at Elon, this one at JMU – as a head coach, but had never been further than Division II quarterfinals before this year.

Throughout the fall and during the postseason Cignetti has repeatedly said much of what he’s done to lead the Dukes is what he learned from being around Saban at Alabama.

“So my blueprint is very similar to what we did there,” Cignetti said, “and [I] tweaked it over time according to personality and where you’re at, but there’s no question that experience was extremely valuable.”

JMU practices similarly to the Crimson Tide, with Cignetti emphasizing shorter, faster-paced sessions in order to avoid wasting the time of his players. The style in which the Dukes play allows for balance on offense, but stresses the importance of a strong rushing attack just like Alabama did when Cignetti was there and running back Mark Ingram won the Heisman Trophy.

“He’s smart,” Saban said of Cignetti. “He’s very conscientious, pays attention to detail and you know, knows the game of football really, really well. And it kind of runs in the family because I always thought his dad was a great coach, too.”

Frank Cignetti Sr., a College Football Hall of Famer, reached a championship game as a head coach for the first time in 1990 when his Indiana University of Pennsylvania squad squared off with North Dakota State for the Division II crown.

“I hope we have a different result,” Curt Cignetti said about his Dukes facing the Bison.