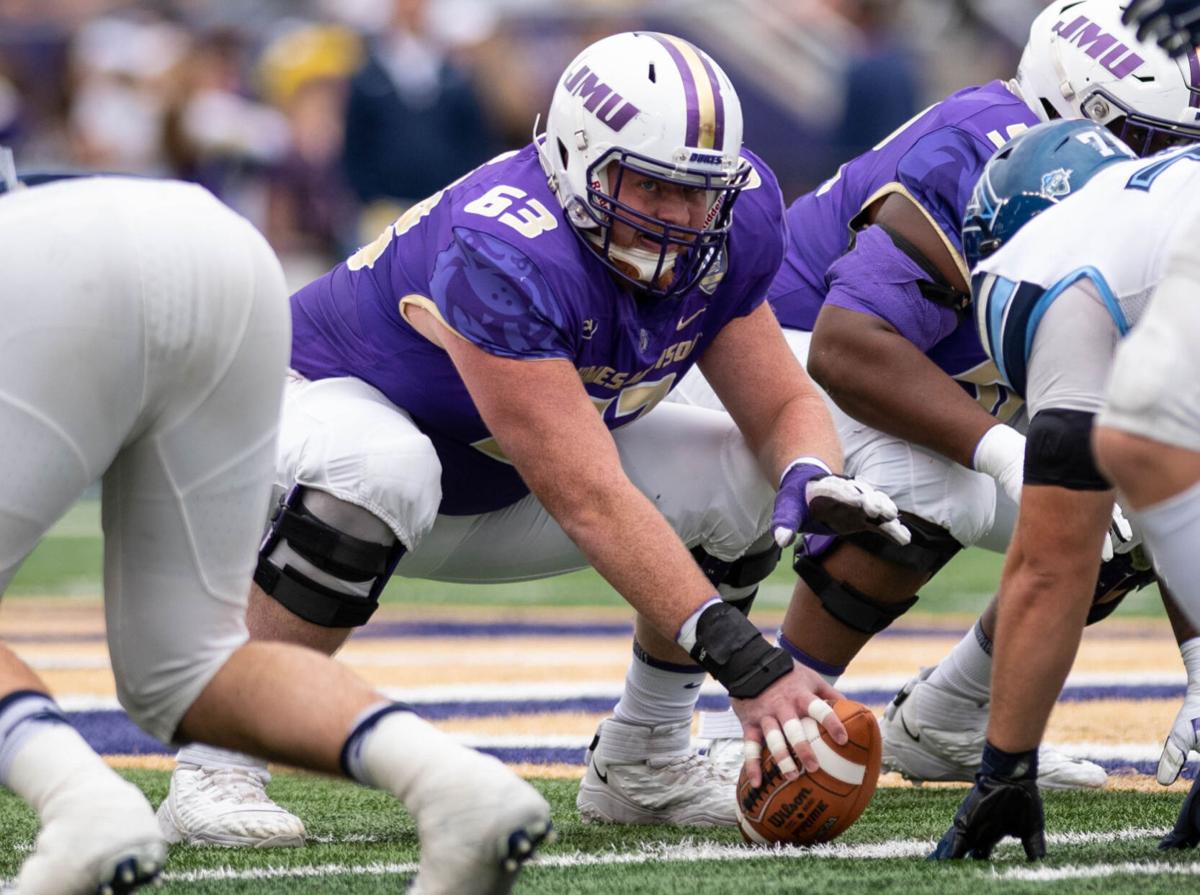 James Madison offensive lineman J.T. Timming (63) prepares to snap the ball during the Dukes’ loss against Villanova earlier this month at Bridgeforth Stadium. 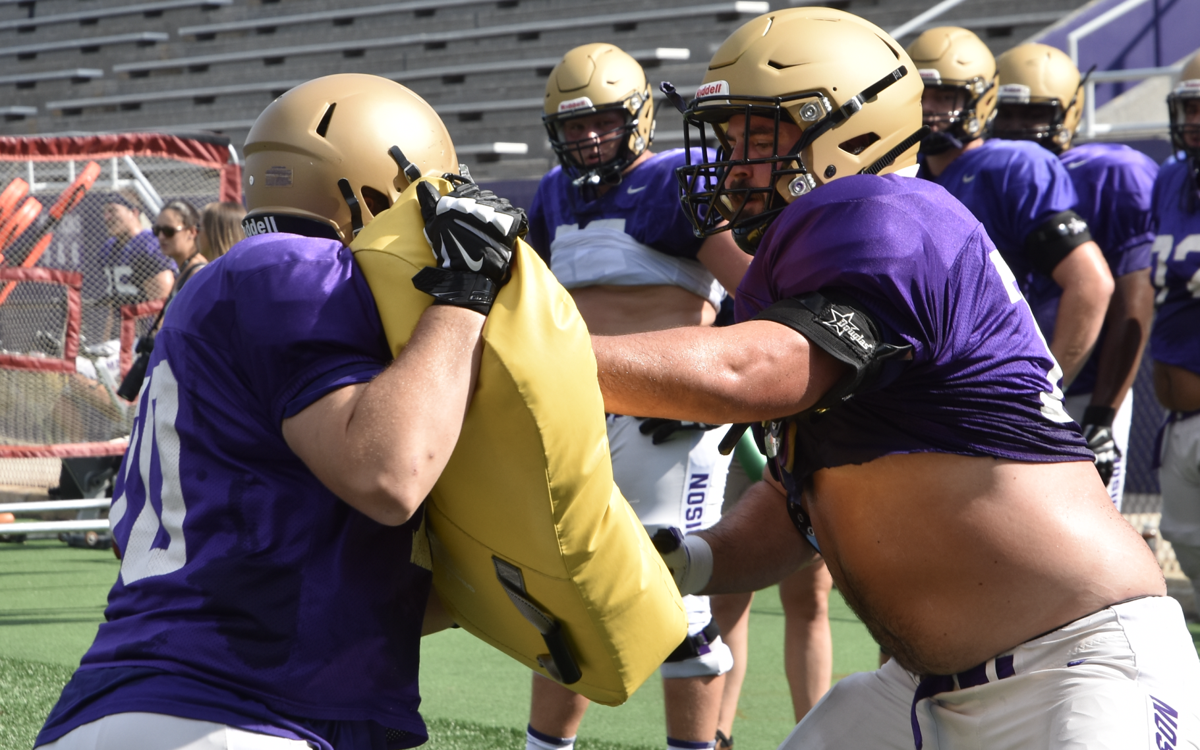 James Madison offensive tackle Liam Fornadel, right, punches the pad in a drill during practice this past August at Bridgeforth Stadium.

James Madison offensive lineman J.T. Timming (63) prepares to snap the ball during the Dukes’ loss against Villanova earlier this month at Bridgeforth Stadium.

James Madison offensive tackle Liam Fornadel, right, punches the pad in a drill during practice this past August at Bridgeforth Stadium.

It’s a mix of good and bad news for James Madison’s offensive line.

On Monday, Dukes coach Curt Cignetti said he’s hopeful All-American tackle Liam Fornadel will return to action for the first time since Week 1 when JMU hosts Elon for a 2 p.m. contest on Saturday.

“We’re optimistic he’ll be able to play this week,” Cignetti said during the Colonial Athletic Association coaches video conference. “He’s been out on the field, running and doing drills the last two weeks and the only thing he hasn’t done yet is hit somebody.”

Fornadel, a fifth-year senior, opened the campaign as the starting left tackle for the Dukes after making the switch from right tackle to left during training camp in August. In the team’s first game of the season, though, Fornadel suffered a knee injury, which initially was believed to be a potential season-ender. But following successful surgery on Sept. 7, the prognosis changed for Fornadel when sources told the Daily News-Record he’d possibly be able to return before the end of the year.

His experience and skill level would give the Dukes’ offensive front a welcomed boost, considering the group has started three freshmen – left tackle Tyler Stephens, left guard Tyshawn Wyatt and right guard Cole Potts – since Fornadel’s injury and is going to be without sixth-year senior center J.T. Timming for the rest of the year.

Timming had to be carted off the field during the third quarter of JMU’s win at Delaware this past Saturday.

Cignetti said Timming has a broken tibia, which will end his season.

“Very unfortunate,” Cignetti said. “He got rolled up on by a Delaware defender. I really feel terrible. [Timming is] an old, veteran guy there, who waited for his opportunity.”

In Timming’s place, the Dukes went with redshirt junior Stanley Hubbard at center against the Blue Hens. He’s likely to start at the position on Saturday, and the former Connecticut transfer has seen game action in the past. He played in 10 games over three seasons and started once for the Huskies.

“Stanley Hubbard stepped in there and did a nice job,” Cignetti said.

JMU’s most reliable offensive lineman since the spring has been right tackle Nick Kidwell, who has started 15 straight games.