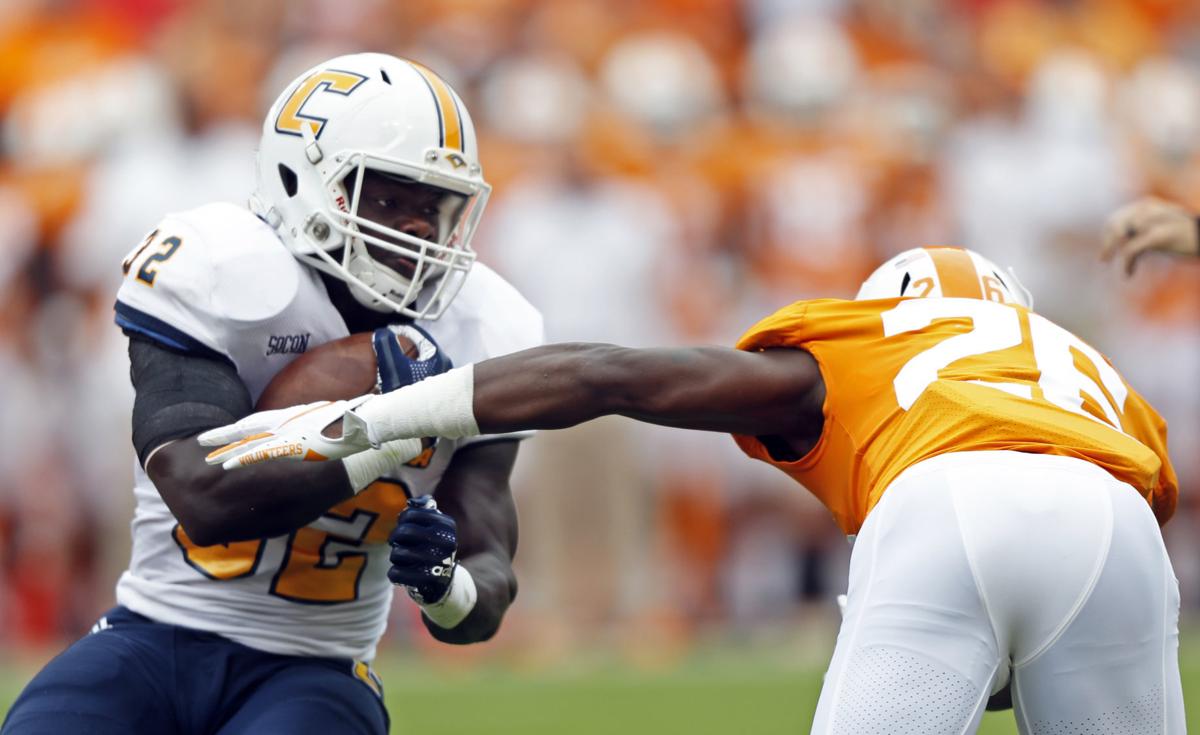 Chattanooga running back Ailym Ford (32) carries the ball during the Mocs’ loss to Tennessee last September in Knoxville, Tenn. 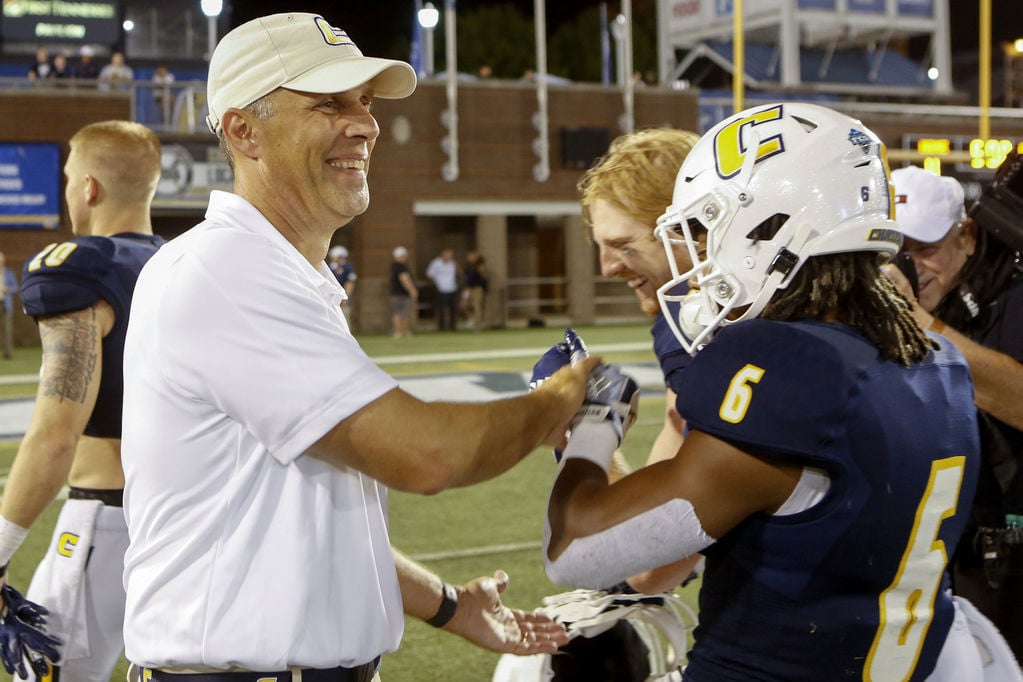 Chattanooga running back Ailym Ford (32) carries the ball during the Mocs’ loss to Tennessee last September in Knoxville, Tenn.

Until D’Angelo Amos sprung from his safety spot to intercept a late third-quarter pass intended for the end zone, James Madison had its hands full at Chattanooga.

The Dukes’ all-conference standout turned tension into ease as JMU used the turnover to grow a single-digit lead into a 37-14 road victory over the Mocs.

“We got beat by 20-something points,” Chattanooga coach Rusty Wright said of the non-conference bout played last September. “But I felt better coming out of the game that we were starting to do good things as a football team. We got smashed by Tennessee the week before, and I thought James Madison was actually a better football team than Tennessee all the way around going into it. But we started to do things as a team against JMU and I could see it, and we just kept trying to build off that. … That was the biggest takeaway for us from that game.”

After their loss to the Dukes, the Mocs ripped off three straight wins and eventually finished 6-6 overall and 5-3 in the Southern Conference in Wright’s first season at the helm of the Chattanooga program. Wright is a Chattanooga graduate and was previously an assistant with the team under ex-Mocs coach Russ Huesman, the current Richmond headman.

Wright characterized the 2019 campaign as a “work in progress” and said it took the first few weeks of the regular season for the 30-plus newcomers – freshmen and transfers – his staff brought in to blend with veterans and ultimately learn how to play together.

To complete the two-year home-and-home series, Chattanooga is scheduled to visit JMU on Sept. 12 this fall.

“They’ll be a good football team again,” Wright said. “And it’ll take everything we got to stay in it and give ourselves a chance, but I think our kids understand it now.

“When I was here before we played the Jacksonville States of the world, but we didn’t play anybody like JMU. We were a different team at that time, too, but I think this group understands that playing in those games is like playing in playoff games. After we played against JMU last year I was like, ‘That’s the difference point when you get to the playoffs if you get past that first round.’ Everything is magnified. If you make a mistake, they’re going to score and there’s no stopping them.”

Wright said he thinks Chattanooga can compete for a SoCon crown this season, but noted he still needs to figure how much his team has improved since last year. Due to the pandemic, the Mocs managed only one spring practice.

What the second-year coach knows he’ll count on is the powerful pair of running backs at his disposal on offense as the unit returns nine starters.

Sophomore Ailym Ford was the SoCon Freshman of the Year and a first-team All-SoCon choice last year, racking up 1,081 yards and nine scores on the ground after taking over the full-time running back role for senior Tyrell Price, who was injured in the Mocs’ second game of the season. In 2018, Price, an East Mississippi Community College transfer, rushed for 697 yards and nine touchdowns to earn second-team all-league honors.

“I knew we weren’t going to be able to keep [Ford] off the field last year just based on the way he practiced,” Wright said. “The way he practices, that’s the exact same way he plays the game and so I knew we were going to have to figure out a way to get him involved. Then unfortunately Price got hurt, but fortunately for us Ailym is one of those guys you can put in there and ride him.”

The two tailbacks are likely to become the focal point of the offense as the program breaks in a new starting quarterback. Old Dominion transfer Drayton Arnold is the favorite, according to Wright. Arnold, a former two-star recruit by Rivals.com, played in two games for ODU in 2018 and appeared in three for Chattanooga last year while serving in a backup role to past starter Nick Tiano.

“Drayton is the kind of guy that may not be the flashiest, the most outspoken and productive guy,” Wright said, “but he’s a steady hand back there and I think he’s waited his time. I think he’s ready to take the keys and go with it.”

Wright said his defense is less experienced than his offense due the youth of the Mocs’ defensive line.

“I don’t think we lose anyone up front for two years,” he said. “So it’s just growing and developing those guys. We needed the weight room this summer and them to be here, and that’s a concern of ours going in.”

Chattanooga is hoping for another standout season from junior Devonnsha Maxwell, who tallied 46 tackles, 13 tackles for loss and tied for the SoCon lead with seven sacks as a sophomore. To boost the defensive line, Wright said, the program added Purdue transfer defensive end Giovanni Reviere.

Chattanooga was 99th nationally in rushing defense (205.4 yards per game allowed) last fall and Wright said the defense needs to improve in that area, especially when facing so many run-first conference foes like Wofford, The Citadel and Furman, which all finished in the top 10 in FCS for rushing offense.

“We’ll have a chance. I don’t know how everything pans out,” Wright said. “It’ll be interesting in our league because Wofford opens the season with [four] Southern Conference games, so they could be in the middle of the race, almost win it or be out of it by the middle of October. It’s going to be a strange year in a lot of regard to that. And Furman, I haven’t really heard a whole lot out of them this summer, but we’ve got a bunch of guys coming back and The Citadel has a whole bunch of guys coming back, so we’ll do what we have to give ourselves a chance.”