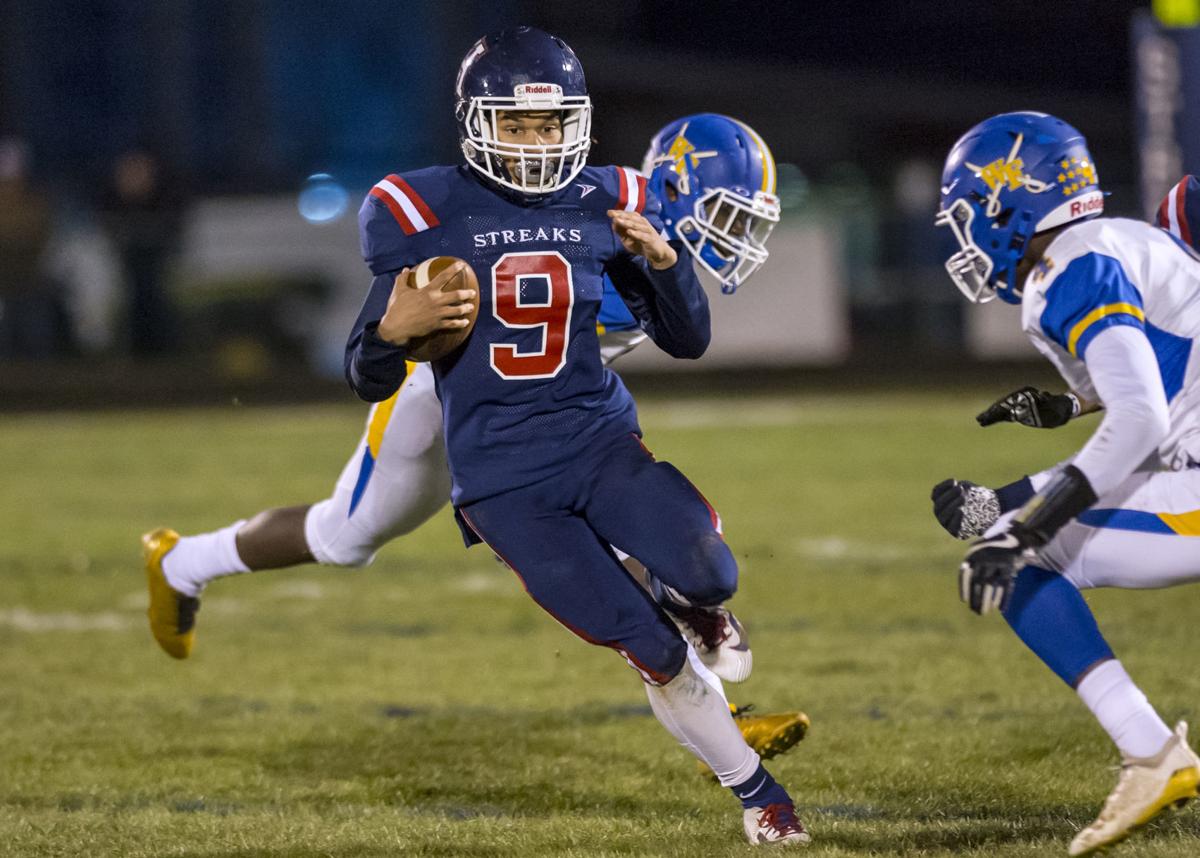 Harrisonburg’s Kwentin Smiley (9) tries to cut away from William Fleming’s Deaquan Nichols (4) as he dodges a tackle from Cross Coles (10). 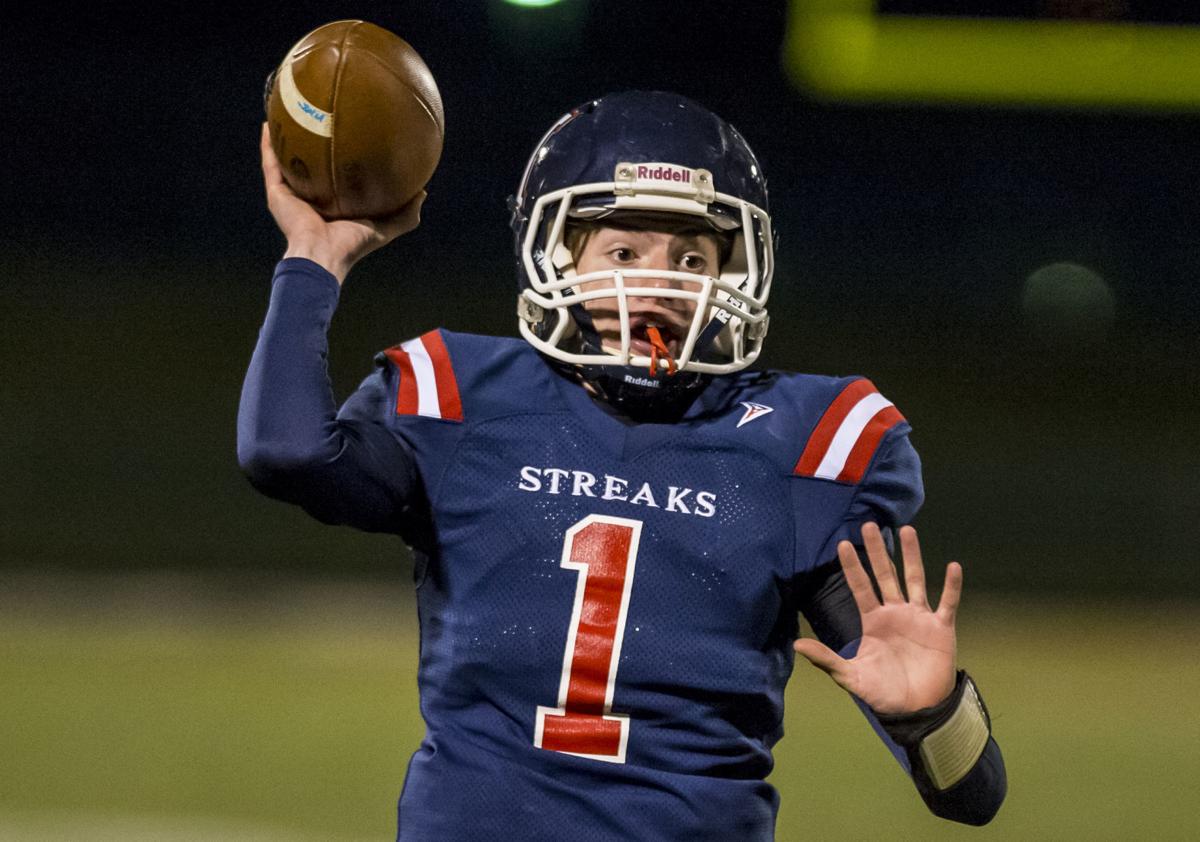 Harrisonburg’s Keenan Glago fires off a short pass after being flushed from the pocket. 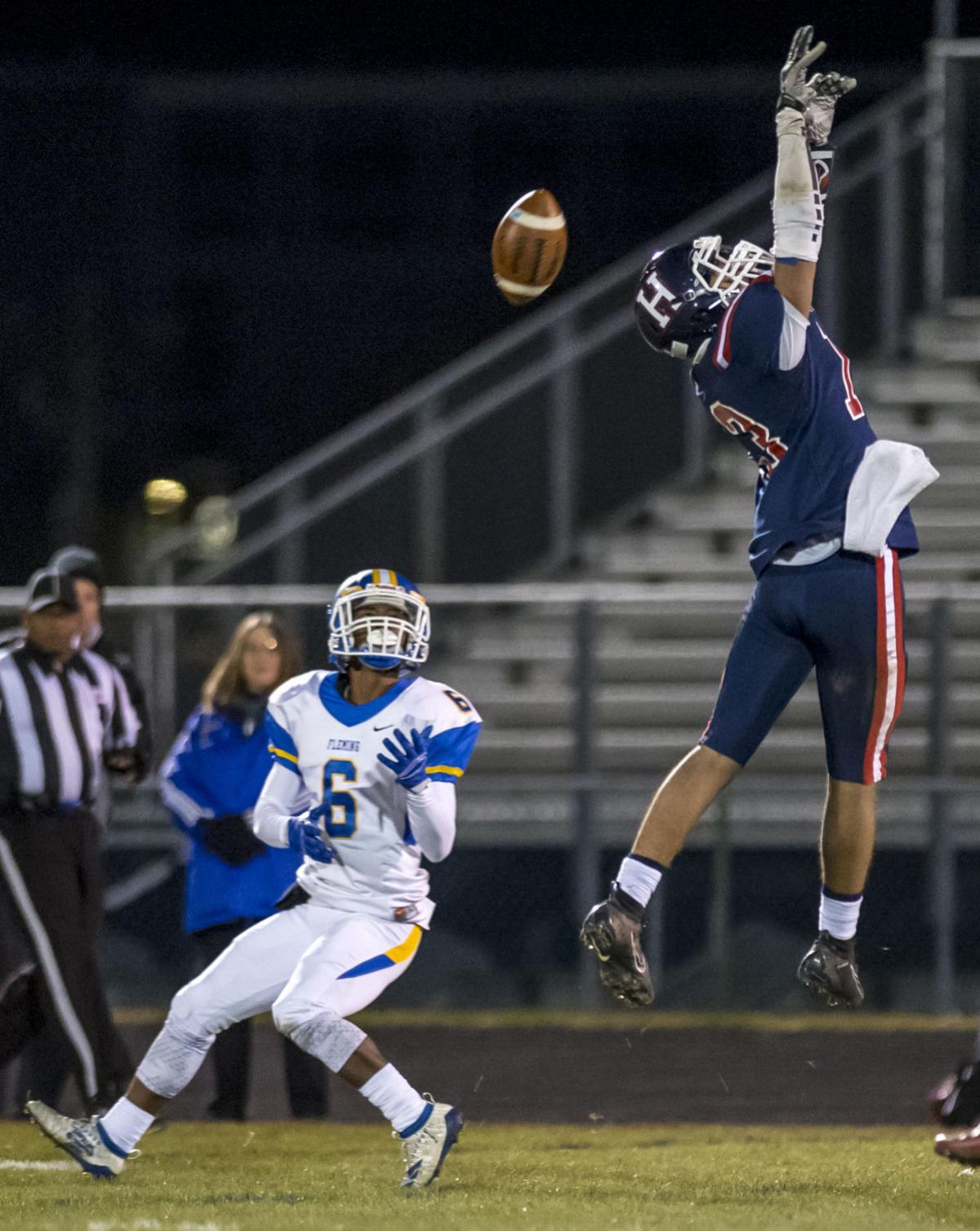 Harrisonburg’s Kwentin Smiley (9) tries to cut away from William Fleming’s Deaquan Nichols (4) as he dodges a tackle from Cross Coles (10).

Harrisonburg’s Keenan Glago fires off a short pass after being flushed from the pocket.

Harrisonburg had a different quarterback, and even a different head coach, than the first time the Blue Streaks met William Fleming this year.

But even though it was quickly obvious this was not the same HHS team Fleming blew out to start the season, Harrisonburg didn’t quite have enough for a complete turnaround, falling 20-17 in the VHSL Region 5D quarterfinals.

Sophomore quarterback Keenan Glago, who took over the position midway through the season, threw for a touchdown and rushed for another. But with do-it-all ball carrier Kwentin Smiley sidelined most of the game, the Streaks (5-6) couldn’t find enough offense elsewhere.

“We fought hard all game long and had faith and thought we were going to pull it out in the end,” interim Harrisonburg coach Josh Carico said. “It’s just always tough to see the season end like that on a loss, but I’m proud of everybody.”

Junior Shareef Anderson got it done on both sides of the ball for the Colonels. After bouncing outside for a 14-yard touchdown to put William Fleming (4-7) ahead with a 10:09 left in the game and then came up with a game-sealing interception with less than three minutes to go.

“The sideline kept me hyped and I didn’t want the seniors to have to go home,” Anderson said. “We just wanted to have another practice.”

It was anything but a typical week for Harrisonburg. The school informed players early in the week that nine-year head coach Chris Thurman wouldn’t be with the team for the playoff opener.

Carico, a long-time assistant coach, took over the program with less than a week before a rematch with a Fleming team that beat the Blue Streaks 52-10 early in the season.

“It’s been a whirlwind for everybody,” Carico said. “The kids responded well and we had a good week of practice. I couldn’t be more proud of these guys. The biggest issue the first game of the season was we had a lot of sophomores and juniors that hadn’t had any snaps. You take those months of experience and we were going to make things click. We were that close.”

The Blue Streaks struck early with a touchdown pass from Glago to Isaiah Hamilton to give Harrisonburg a 7-0 lead late in the first quarter.

But Fleming came back with 13 unanswered points in the second quarter before Mateo Peric nailed a 28-yard field goal with 11 second left in the first half to get HHS back within three.

Hamilton came up big again to start the second half, picking off a pass from Colonels quarterback Deaquan Nichols to set up a drive at the William Fleming 40-yard line. The Streaks capped with the drive with a quarterback sneak from a yard out to regain the lead, 17-13, midway through the third quarter.

Harrisonburg put together one final drive and was approaching position for Peric to try a game-tying field goal before Anderson came up with the pick to save the season for the Colonels.