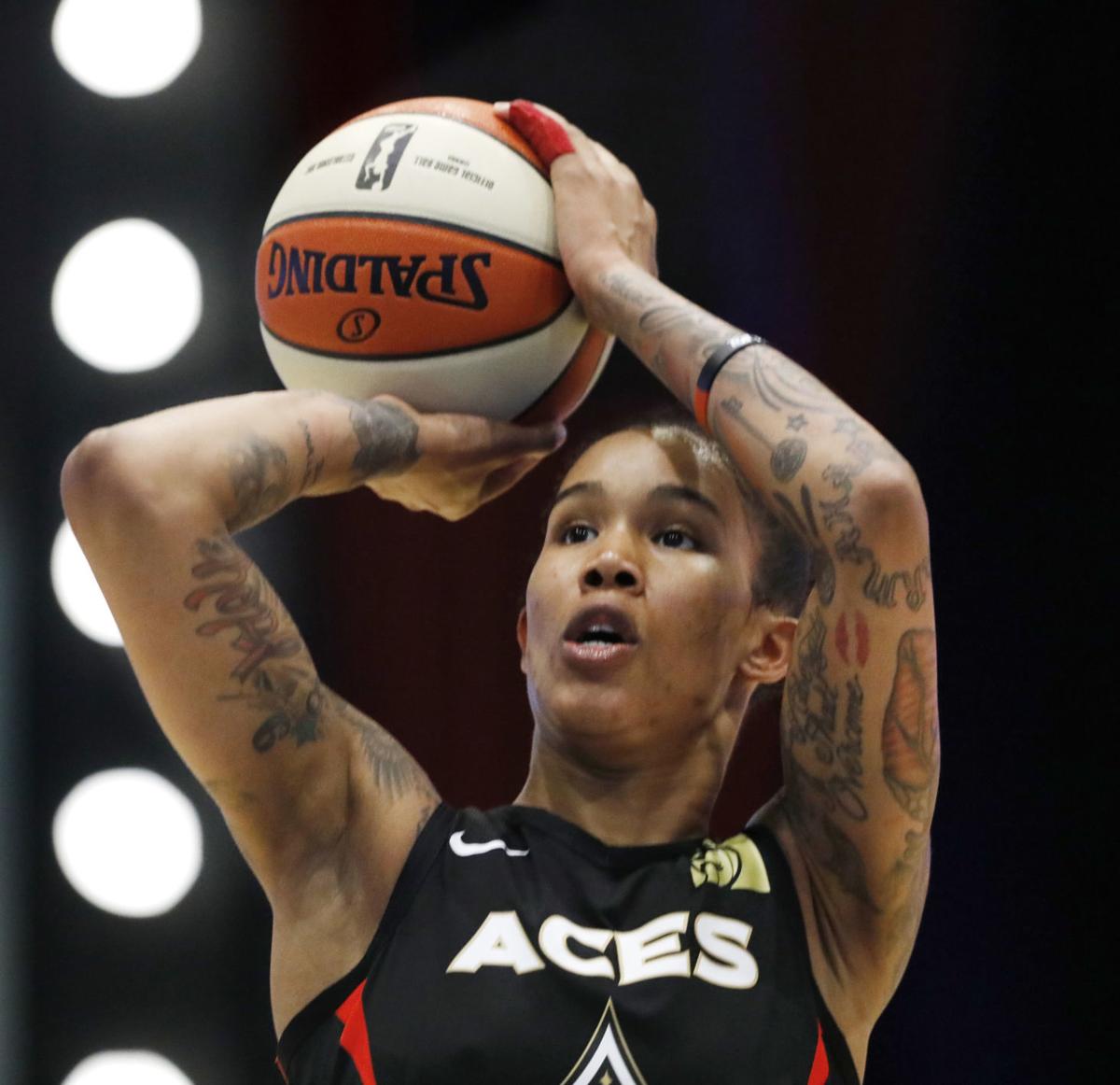 Las Vegas Aces' Tamera Young, a former JMU standout, makes a foul shot during the second half against the New York Liberty on June 9 in White Plains, N.Y. 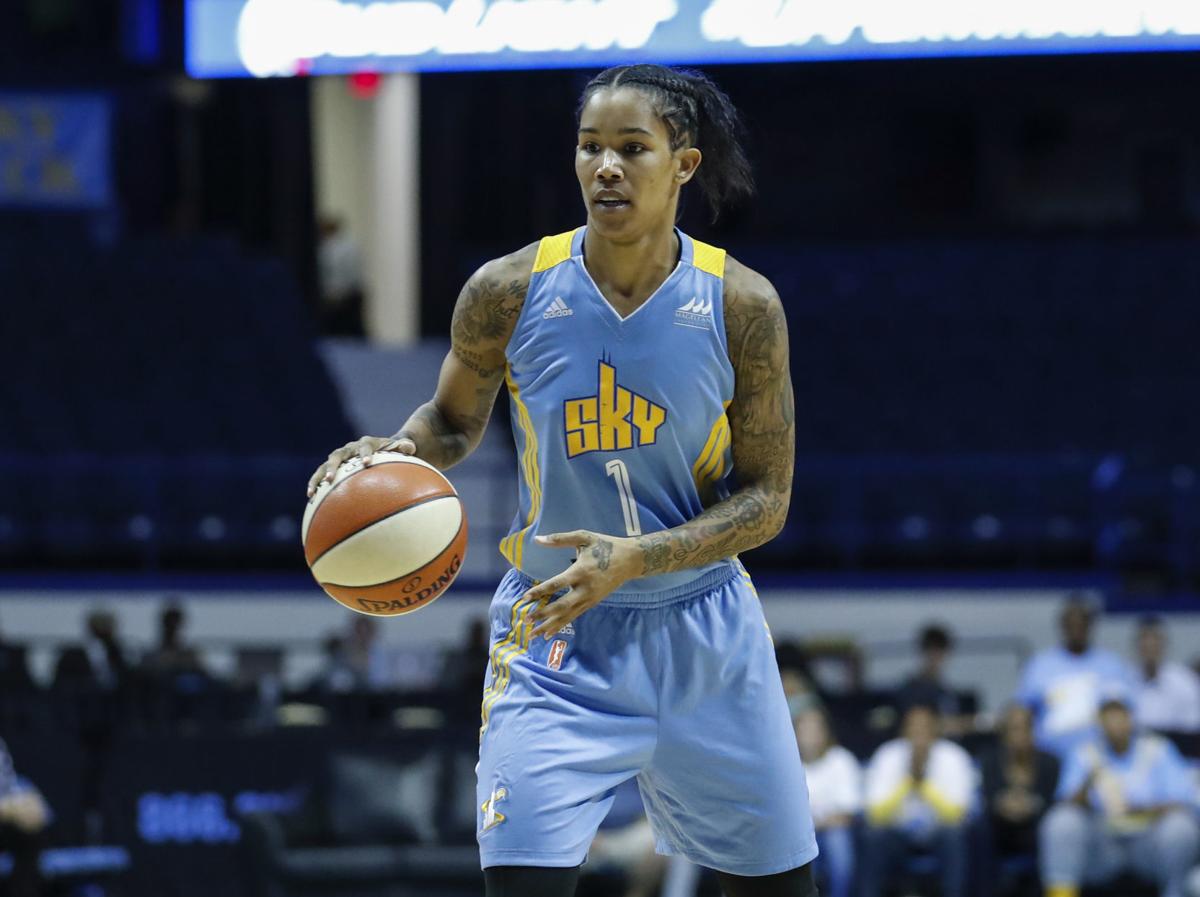 Tamera Young looks to pass the ball during the 2016 season when the former JMU standout played for Chicago.

Las Vegas Aces' Tamera Young, a former JMU standout, makes a foul shot during the second half against the New York Liberty on June 9 in White Plains, N.Y.

Tamera Young looks to pass the ball during the 2016 season when the former JMU standout played for Chicago.

WASHINGTON — Basketball remains the biggest priority for Tamera Young, even as the former James Madison standout can begin to see the finish line of her WNBA career.

But that doesn’t mean it’s the only priority.

Young was in D.C. over the weekend with the Las Vegas Aces, who lead the WNBA Western Conference by two games and were in town for what might wind up being a critical game against the Eastern Conference contending Washington Mystics.

In her 12th professional season since leaving JMU as the Colonial Athletic Association’s all-time leading scorer, Young came off the bench to score three points and grab three rebounds in the victory. At this point in her career, she knows exactly what’s asked of her and she’s willing to do anything to get the championship that has so far eluded her.

“This league is a lot about mental toughness,” Young said. “I think the average career is about three years and this is my 12th, so especially coming from a mid-major, it’s not that heard of to last this long. I came from college as a scorer and had to adjust to being a defender and rebounder. But that’s my love for the game, I’ll do whatever it takes to keep me on the floor.”

This season just might represent Young’s best shot at getting a ring. Second-year Aces teammate A’ja Wilson is one of the league’s brightest stars and Las Vegas has been atop the standings most of the season.

Young’s looking to close out her career on a strong note, and that doesn’t necessarily mean putting up huge numbers. And the end of her run might not be all that soon.

“Since I was traded to Chicago my second year, the coach made it known my role would be to rebound and defend,” Young said. “It’s just adapting to whatever is asked to help a team win. I’m trying to win a championship and I see myself playing three or four more years, and that’s the main goal — to win a championship — which I haven’t done yet.”

But that doesn’t mean the JMU Hall of Famer hasn’t thought about a career for after her playing days are done. She’s considered becoming a referee and she’s already launched a fashion line she said came about because women’s basketball fans don’t always have the apparel they seek readily available.

“Even before I starting thinking about having just a few years left, I started thinking about all that,” she said. “I’ve done a coaching internship and went to some meetings about being a referee. But I’ve got a few things that I’m interested in. The clothing line just started with t-shirts and ventured off to hoodies and hats until I had a full clothing line.

“Fans were always showing love and wanting something, but I wasn’t on teams where they were selling my jersey. So I started thinking if I had my own logo on T-shirts then it’s something that some of my fans could get from me.”