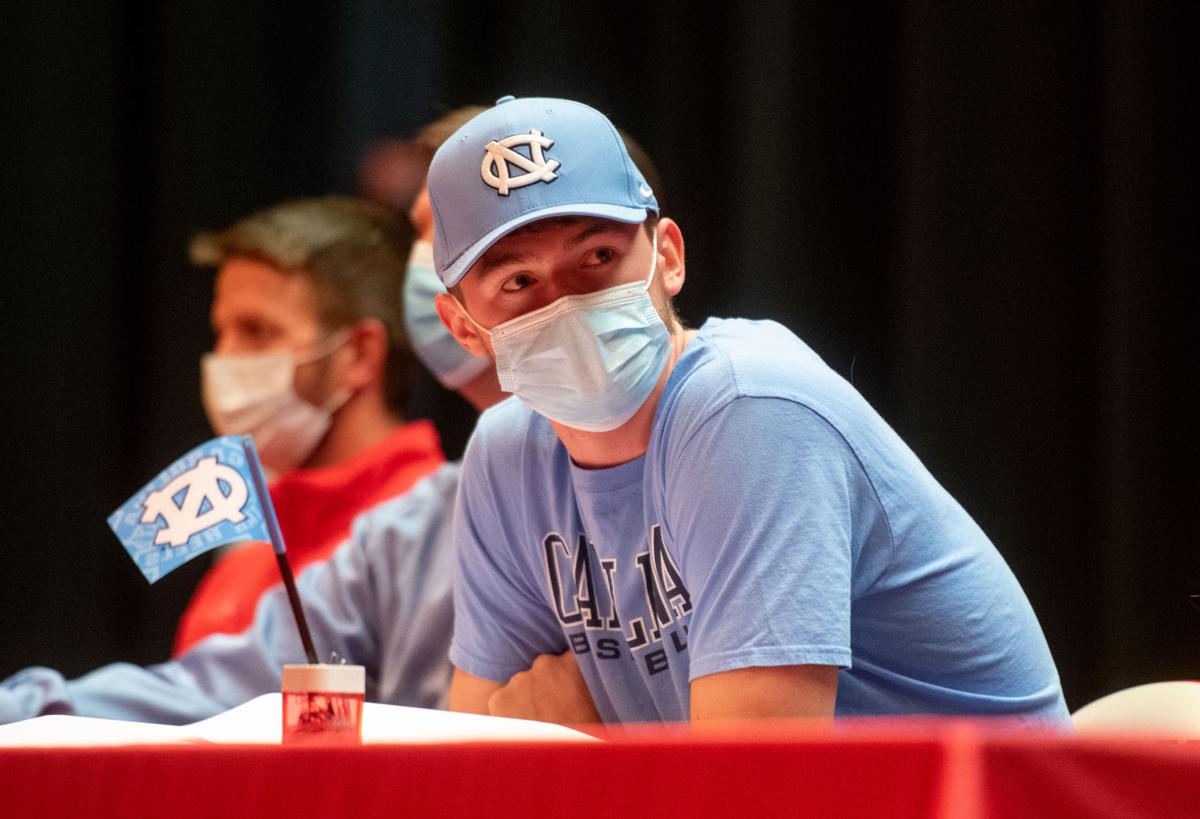 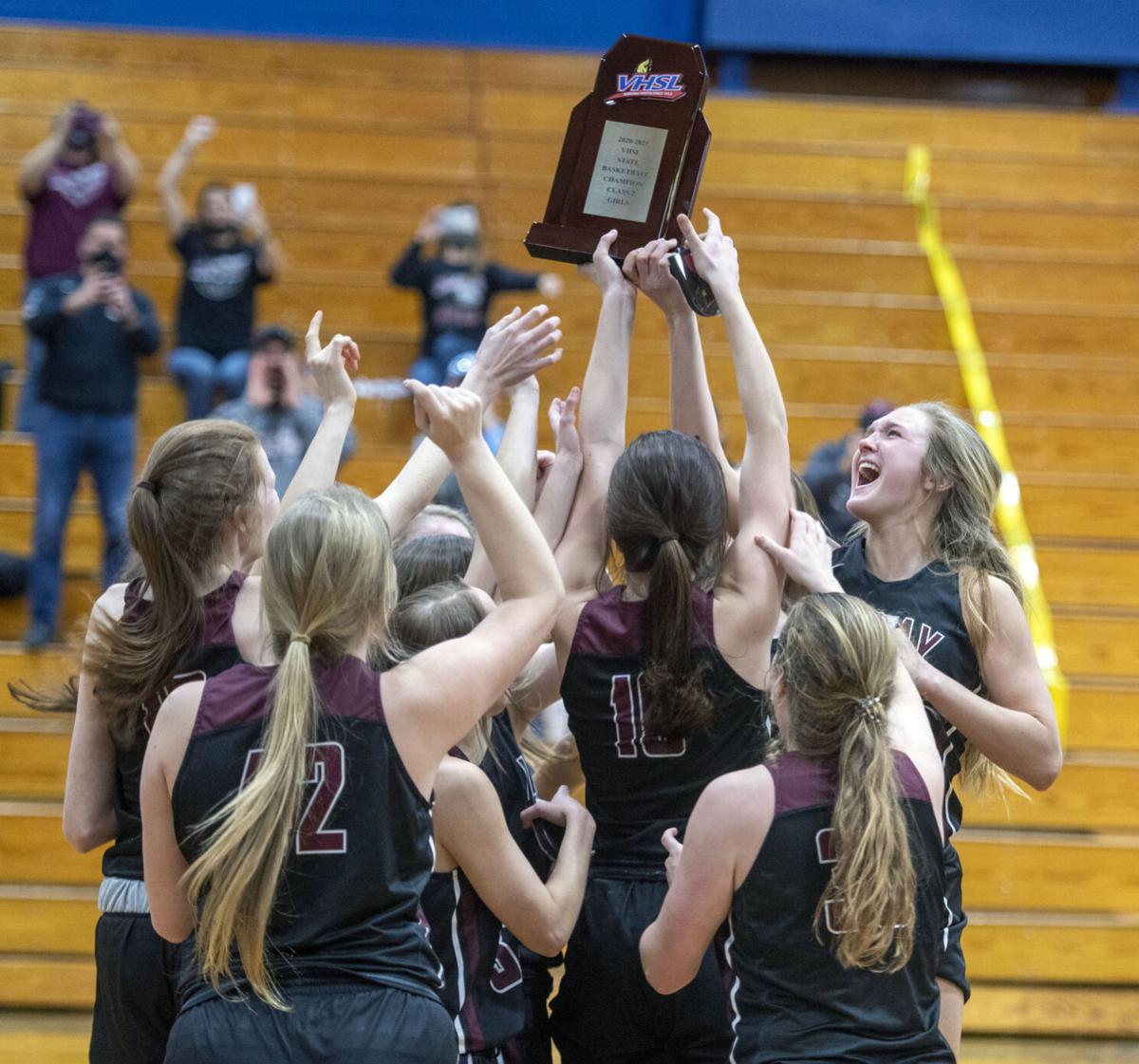 There’s no doubt high school sports was impacted immensely by COVID-19 in 2020.

So as teams got back into action, even through a condensed schedule and in front of limited fans to start, the excitement around the area prep scene was at an all-time high throughout the year.

As fans returned to events in late spring and into the fall, that energy continued to grow.

Now, with sports in full swing, there’s a ton of intriguing storylines to look back on from 2021:

After years of recruitment, East Rockingham 6-foot-8 wing Tyler Nickel made his decision official in November when he signed his National Letter of Intent with the University of North Carolina.

Nickel’s decorated career ranks as one of the best in the city/county in some time and when he announced his commitment to the Tar Heels this year, it earned him attention on a national level.

He ranks No. 1 in East Rockingham program history with over 2,000 career points already and is a three-time Region 2B Player of the Year and two-time Virginia High School Coaches Association Class 2 all-state selection. He’s guided the Eagles to three consecutive VHSL Class 2 state semifinals.

Senior guard Brynlee Burrill scored a couple of big buckets down the stretch as Luray overcame the loss of standout junior Emilee Weakley to defeat Gate City 61-56 in the VHSL Class 2 girls basketball state championship at Gate City Middle School in front of a small crowd in February.

The victory marked the first time in program history that the Bulldogs won a state championship.

Luray (13-0), which posted a 42-2 record over the last two seasons, lost to Gate City in last year’s state championship game played in Richmond. Weakley finished with 27 points in the victory.

The five-year Knights coach had built strong relationships within the TA program, with both coaches and players, and his death shook the tight-knit community in Bridgewater for days.

This past season, Turner Ashby went 6-4 and won its first Valley District title since 2001.

T.R. Williams, then a senior and now a freshman at Virginia Tech, returned to the mound for Page County baseball this past spring as the Panthers reached the VHSL Class 2 semifinals.

Williams fought through Guillain-Barre syndrome and an intensive rehab process to get back to the field. He returned during the regular season and later pitched in the Region 2B championship game.

Page’s season came to an end with a loss to Poquoson in the state semifinals.

A pair of local volleyball coaching legends retired during 2021 after impressive runs at their schools.

Both coaches have over 200 victories at their schools and are among the best in the area.

The Trailblazers fell 4-2 to perennial power George Mason in the VHSL Class 3 state championship. It was the 11th state title in program history for the Mustangs, but first at the Class 3 level.

Spotswood has won a state title in six sports, but finished 15-2 and just short of its first in soccer.

It was a remarkable year for a pair of freshmen runners from across the city/county.

Spotswood’s Taylor Myers and Broadway’s Taylor Driver broke onto the scene in the spring as freshmen and impressed all year en route to an appearance at the VHSL Class 3 state meet.

Then, in the fall, the two runners were back at it again with a second consecutive state appearance.

Corbin was also part of an Indians 4x800 relay team that captured a pair of state wins this year.

Fox, who also won a state title in diving, was one of the area’s top performers in track and field this year. Taylor Jr. won the discus with a throw of 158-05 and finished third in the shot put.

There were a trio of area teams that came up short of capturing state basketball titles in 2021.

The Eastern Mennonite and East Rockingham boys and the Spotswood girls all fell short.

The Flames fell in the quarterfinals of the VISAA Division III tournament while the Eagles lost to Union in the VHSL Class 2 boys title game and the Trailblazers fell to George Mason in Class 3.