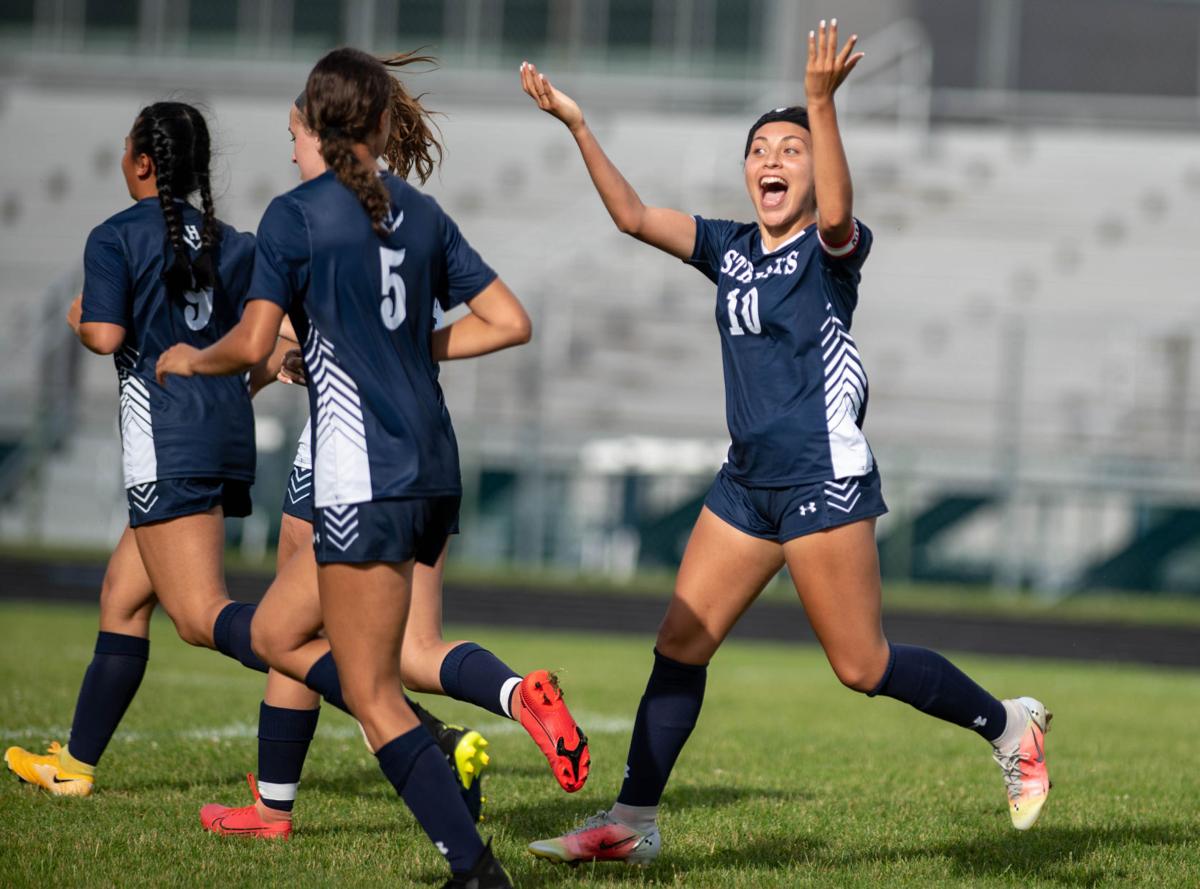 Harrisonburg’s Ashley Acosta-Iscoa celebrates after scoring a goal against Waynesboro. 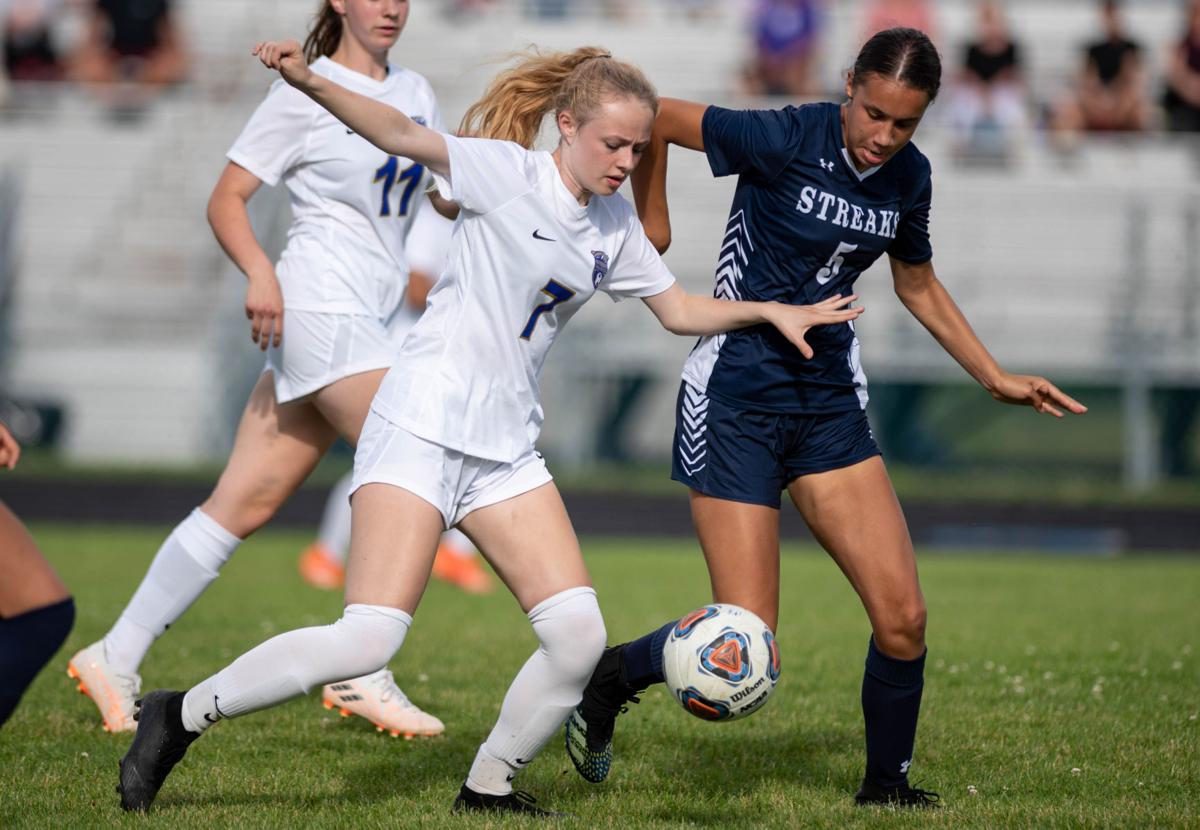 Harrisonburg’s Olivia King and Waynesboro’s Norah Moore battle for possession of the ball.

Harrisonburg’s Ashley Acosta-Iscoa celebrates after scoring a goal against Waynesboro.

Harrisonburg’s Olivia King and Waynesboro’s Norah Moore battle for possession of the ball.

Three trips to the locker room due to lightning weren’t going to stop her.

After losing her junior season in 2020 due to COVID-19, Ashley Acosta-Iscoa was one of eight seniors on the Harrisonburg girls soccer team locked in.

“We made sure to keep talking to each other, keep hyping each other up,” Acosta-Iscoa said. “It was amazing. We were ready to go every time.”

Acosta-Iscoa scored two goals as third-seeded Harrisonburg continued its postseason run with a 2-0 win over Waynesboro in the Valley District girls soccer championship at HHS on Thursday after multiple lightning delays.

“It’s just amazing,” Blue Streaks junior Abby Fornadel said. “We’re so excited that we even got to play this year. To come back and be district champs is just surreal and so exciting. We’ve got a great group of girls this year, so it was great to be able to go all the way and win the tournament.”

Mallory Knupp added an assist for Harrisonburg in the shutout victory.

“It means the world, man, because these girls were just so excited to even have a season,” Harrisonburg first-year coach Kelsey Watson said. “They earned it, for sure. They worked hard and I’m so proud of them.”

After falling to top-seeded Spotswood in their regular-season finale on June 4, the Blue Streaks have now won back-to-back games in the playoffs.

“It couldn’t have come at a better time,” Fornadel said of the recent improvement. “We’ve put a lot of work in this season and it’s showing now. That’s really exciting because it shows that all those practices and all that time we have put in is coming back and helping us on the field.”

Harrisonburg will host Patrick-Henry Roanoke in the opening round of the Region 5D tournament on Monday at 5 p.m. The boys team will play after.

“That’s kind of always been the Harrisonburg legacy,” Watson said. “As the season goes, we just get better and better. I think we’re right on track and we’re going to come out and give it our best on Monday.”

Through each delay and long waits in the locker room on Thursday, the eight seniors kept the Blue Streaks (8-3) focused on their goal that evening.

“It means a lot to me,” Acosta-Iscoa said. “It’s very bittersweet. ... We just really feel like it’s our last go at this. It’s our last time, so let’s go all out and give it everything we’ve got. We’re living it up and enjoying the moment.”

In the other Valley District championship game Thursday:

Spotswood 3, Turner Ashby 0: Top-seeded Spotswood continued its recent run of dominance with a 3-0 win over second-seeded Turner Ashby in a late-night Valley District championship match in front of a large crowd at HHS.

With the victory, the Trailblazers (11-1) have now won eight in a row.

Esau Zelaya Leiva had two goals for Spotswood while Edwin Joya had one. Andrew Foltz finished with two saves for the defensive-focused Trailblazers.

“I’m extremely proud of the boys,” SHS coach Dan Atwell said. “Our team philosophy and focus is the team defending top to back, back to top and taking opportunities as they come and finishing when we can. It’s just a mentality they’ve come to know and a culture they’ve bought into.”

The Trailblazers will host a Region 3C quarterfinal game on Monday while the Knights (10-3) are likely to hit the road for their first-round contest.