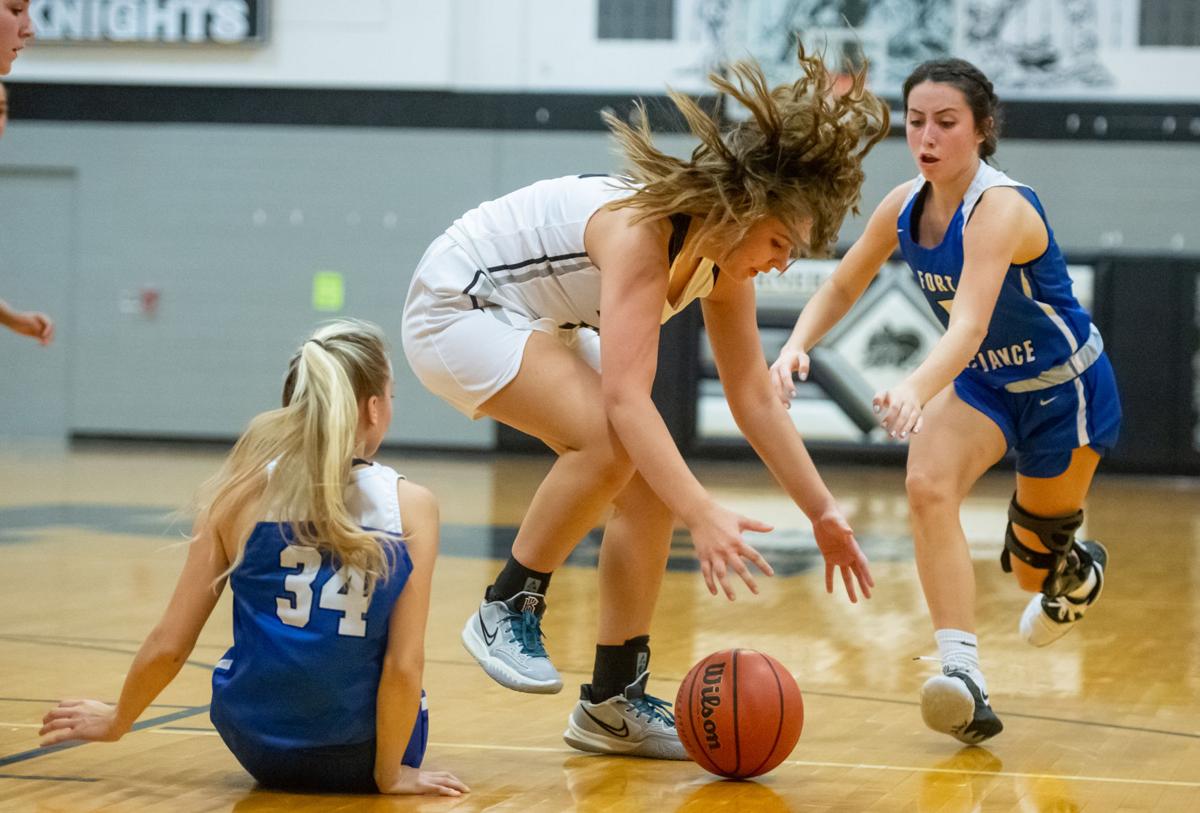 Turner Ashby sophomore guard Brynne Gerber reaches down for a loose ball during a victory over non-district rival Fort Defiance earlier this season. 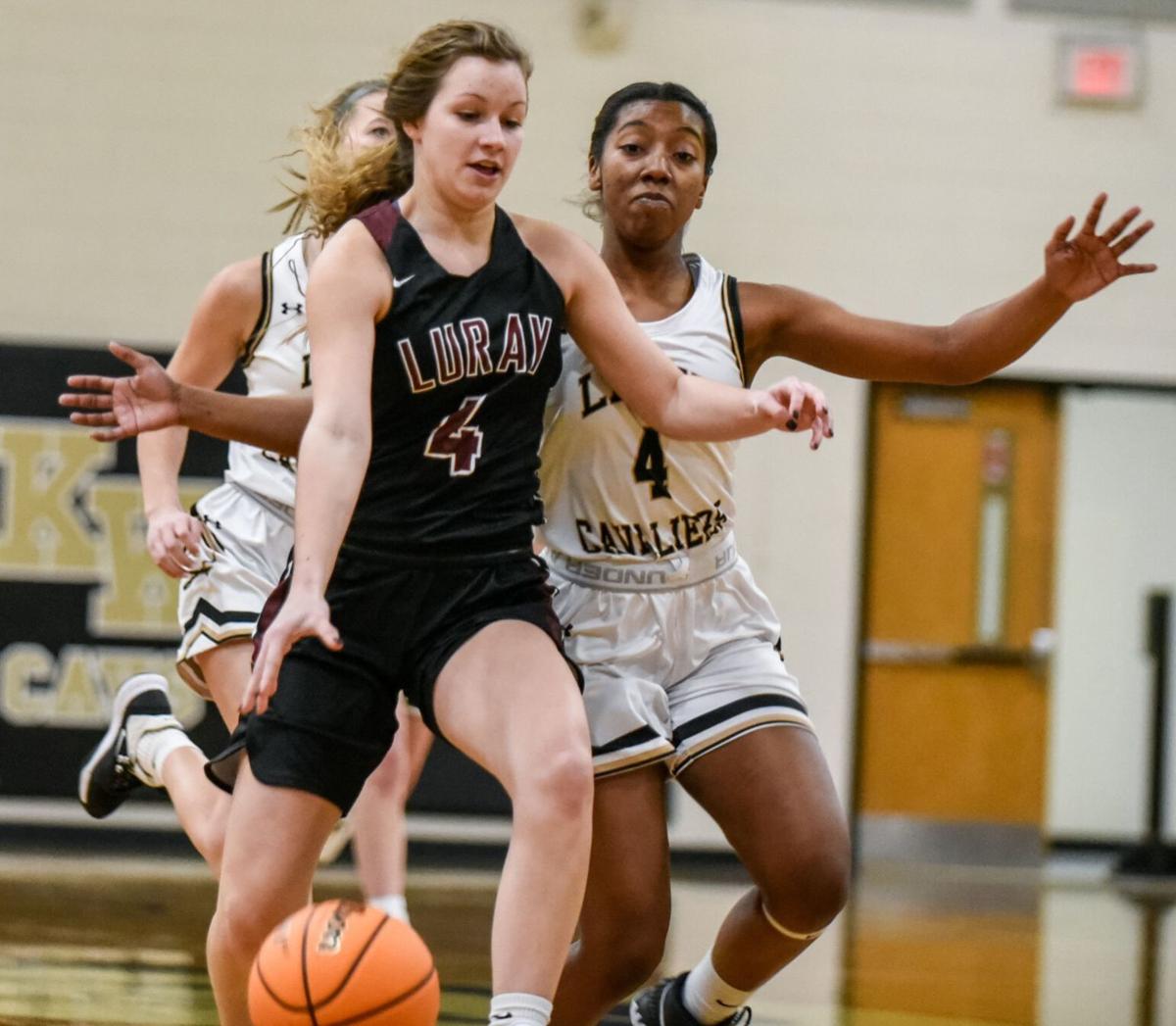 Turner Ashby sophomore guard Brynne Gerber reaches down for a loose ball during a victory over non-district rival Fort Defiance earlier this season.

Fresh off winning the program’s first-ever state title, Luray quickly set its sights on another one.

The Bulldogs, under coach Joe Lucas, have slowly been emerging as one of the area’s best girls basketball teams over the years, getting better each season under their enthusiastic head coach.

But last year’s victory over Gate City in the Virginia High School League Class 2 state championship seemingly put Luray in a new class. Not only are the Bulldogs respected locally, but around the state.

“So far, I have loved our preparation and focus,” Lucas said. “I want to put our team in as many playoff type of games as possible and I’ve been pleased with our preparation and mindset heading into these games. We haven’t had poor practices or been too relaxed in how we prepare.”

The Bulldogs have lost just one game this year — a double-digit loss to Carroll County, which is considered one of the top teams in Class 3 — at the Twila Showalter Holiday Classic on Dec. 30.

That setback came one night after Luray earned arguably the biggest regular-season win in its program history over Class 3 power Spotswood in Penn Laird at the same tournament.

“We are still working on the defensive end,” said Lucas, who is in his sixth season at LHS. “As the second half of our season and playoff time approaches, we try to be more scout specific in how we plan for opponents and require more detail on the defensive end. With the pace play, we sometimes play too fast and it is resulting in turnovers and rushed shots. Finding that balance will be key.”

Luray was set to square off with Turner Ashby on Friday at 7 p.m. in Bridgewater in a rematch of a game played earlier this season. The Bulldogs won the first meeting 65-58 and it is the Knights’ only loss this season. TA has won four straight since.

But due to COVID-19 concerns at TA, the program is now on pause and the game is postponed. Knights athletic director Donnie Coleman said the goal is to reschedule the game at a later date.

“I’ve really liked how our scoring has been pretty balanced,” Turner Ashby coach Rob Lovell said. “Coming into the season, we only had one proven scorer returning in Leah [Kiracofe]. But right now, I feel like we can score from every position on the floor. We currently have four players averaging in double figures. In addition, we’ve done a good job defensively. Our on-the-ball pressure has been good and we’ve been able to force some turnovers, which helps lead to more scoring opportunities.”

Kiracofe is the unheralded leader of the Knights as one of two seniors on the roster and the lone returning starter from last year’s team that reached the Region 3C semifinals. But sophomores Raevin Washington, Kendall Simmers, Brynne Gerber and Adeline Sajko have all shown the ability to have big nights scoring the ball as well and that’s what makes them so difficult to defend, according to their opponents.

“TA is a very balanced team,” Lucas said. “They combine a strong inside game with shooters and solid guard play to complement their inside game. When guarding them, we have to be disciplined. Defensively, they also do a great job of sending things to their shot blocker and making you work to get quality shots. They require you to be patient and work for great shots offensively. “

The Bulldogs have, arguably, the area’s best player on their roster in Shepherd signee Emilee Weakley. The 5-foot-11 guard has been on a terror this season, leading the area in scoring.

But Lovell said that there’s more to Luray’s success than just how talented Weakley is. With key pieces such as 5-foot-10 forward Jaidyn McClung, whose been a walking double-double as of late, Averie Alger, Lexie Vile, Lindsay Bly, Amber Tharpe, Maggie Foltz and others, the Bulldogs have a deep roster this year.

“Luray obviously has one of the best players in the area and she’s tough to stop,” Lovell said. “But they are also pretty balanced around her, so you can’t just focus on stopping one player.”

It’s unclear when Luray and Turner Ashby may get to square off again this season, but it’s sure to be another big-time matchup featuring two of the area’s top teams so far this year in any classification.

But both Lovell and Lucas agreed it’s the type of matchup that makes both teams better in the long run. Win or lose, they said these types of games are important to achieve postseason success.

“We want to get in as many challenging, playoff-time games as possible,” Lucas said. “These help us see what we need to work on while also putting us in tight, challenging situations that we may see down the road. They only make us better.”