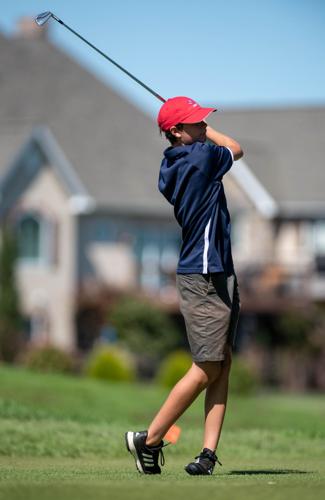 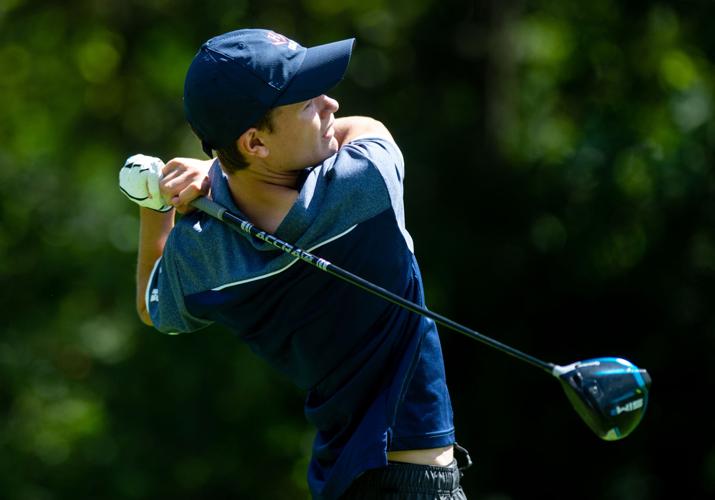 One of the biggest keys to Toby Corriston’s success on a golf course is his even-keeled approach to the game.

The soft-spoken, well-mannered Harrisonburg senior doesn’t get too worked up over things, he said, and tries to approach every match he plays with the same mindset.

But as Corriston steps up to the first tee box on Friday at Pebble Beach Golf Links in California, even he could admit that there would probably be a bit different feeling in his stomach than he’s ever felt before.

“I think I’ll definitely be a little more nervous than normal,” Corriston said last week at the Valley District tournament. “I tend to not really let my nerves come into those situations. I try to take it as if it is any other shot, any other day. But I’m sure there will be an increased adrenaline rush on that first tee.”

Corriston is representing First Tee-Shenandoah Valley at this year’s presitigious Pure Insurance Championship Impacting First Tee. He’s one of 77 teenagers around the world to be selected to participate.

The Harrisonburg senior was set to tee off at 1:30 p.m. on the west coast alongside PGA professional Duffy Waldorf in the First Tee portion of the Champions Tour. The tournament will be held at Pebble Beach and Spyglass Hill and 23 golfers will advance to the final round Sunday with a shot at being declared the winner.

“We’re all a big family,” HHS golf coach Chris Sorber said. “Toby stepped onto the team several years ago and his ability to come out here and practice every day and put so much effort into whatever he’s doing is incredible to watch. He does so many things on the weekends, helping our First Tee. He’s always there.”

Coincidentally, it wasn’t until just a couple of years ago that Corriston became hooked to the game of golf.

He had previously ran cross country for the Blue Streaks but when COVID-19 hit and limited what he could do to stay physically active, he said he decided to put focus into a game he had only played as a hobby up until that point.

“It became a passion of mine about two years ago,” Corriston said. “I had been golfing here and there since I was 2, but it never was a direct passion until I started playing then. I found myself to really enjoy it and the mental aspect of the game. I started pushing to really get better at it about a year ago. I just started working on my swing to be the best golfer I can be.”

As a result of working with Tom Tattersall and staff at First Tee, along with members of the staff at Heritage Oaks, Corriston slowly developed into one of the area’s top golfers last season.

Now, he has his sights set on competing for a Virginia High School League Class 5 state title this year.

“It’s been going pretty well,” Corriston said about his senior season. “I’ve put together a couple of decent rounds. Nothing has completely clicked yet in any of my rounds, but I’ve put together some solid scores. … The guys I’ve had a chance to play with have been a lot of fun. I’ve really enjoyed all the tournaments. No matter what, it’s been an enjoyable end to all these years.”

Corriston will have a chance to continue his season at the high school level on Tuesday when Harrisonburg competed in the Region 5D Sub-Regional, which will be held on its home course at Heritage Oaks.

But in the days leading up to that, he’ll embraces the nerves and excitement that come with an opportunity that no other golfer in the Shenandoah Valley will get the chance to experience.

“I’m so excited,” Corriston said. “I really can’t express it in words. It’s a really cool opportunity. I’m really excited to represent First Tee. I’m just going to go out there and enjoy it. It’s such a cool experience that not a lot of people get to have.”

For most of his career, Corriston has been a composed player when he steps on the golf course.

But there’s no doubt a little bit of nervous excitement could come into play at Pebble Beach.

And according to his coaches, teammates and peers who remain proud of his accomplishment, that’s certainly OK.

“He has earned it,” Sorber said. “He’s put in so much work. He’s talented, a great leader. He has so many opportunities in life and this one is probably one of his greatest.”