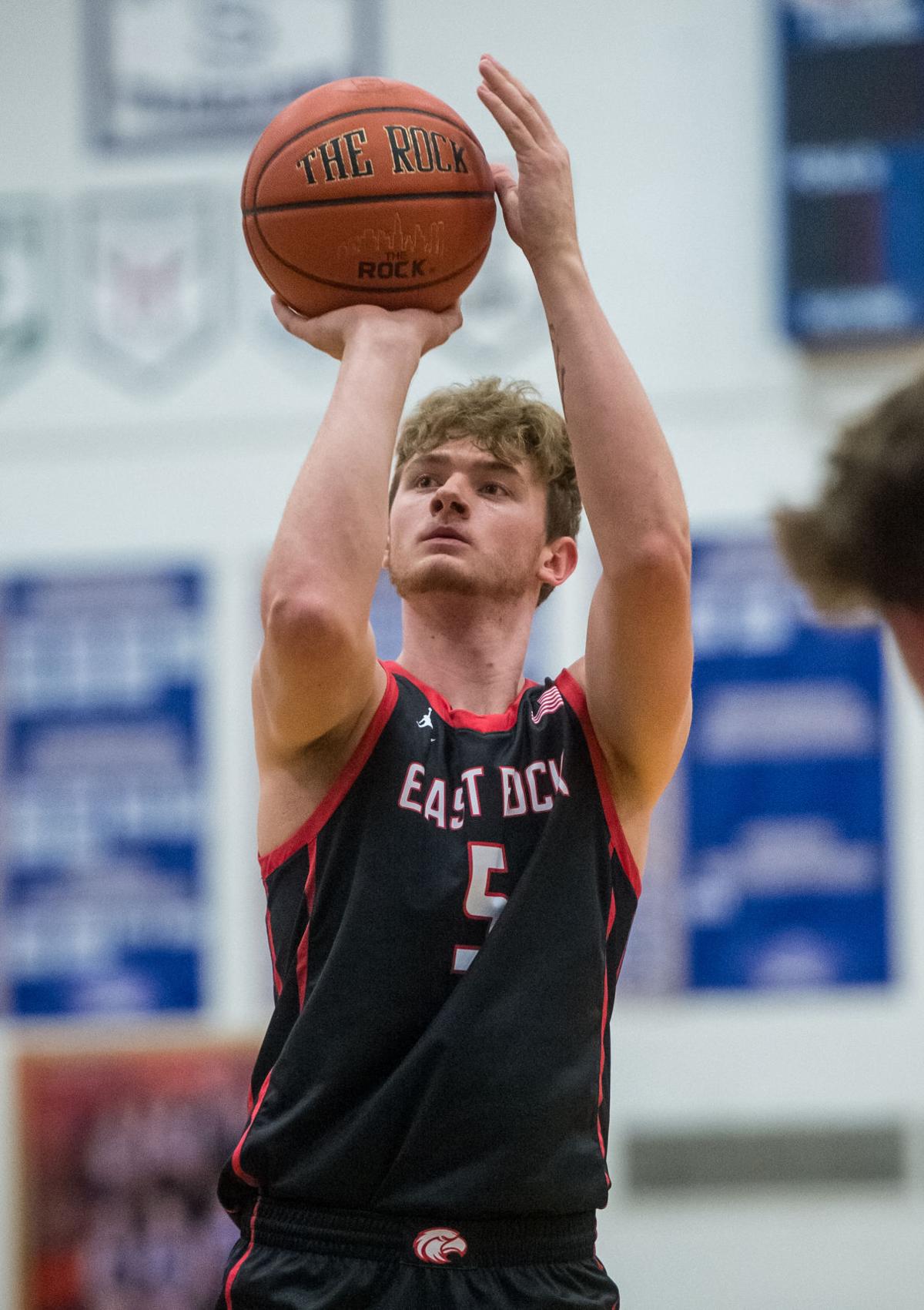 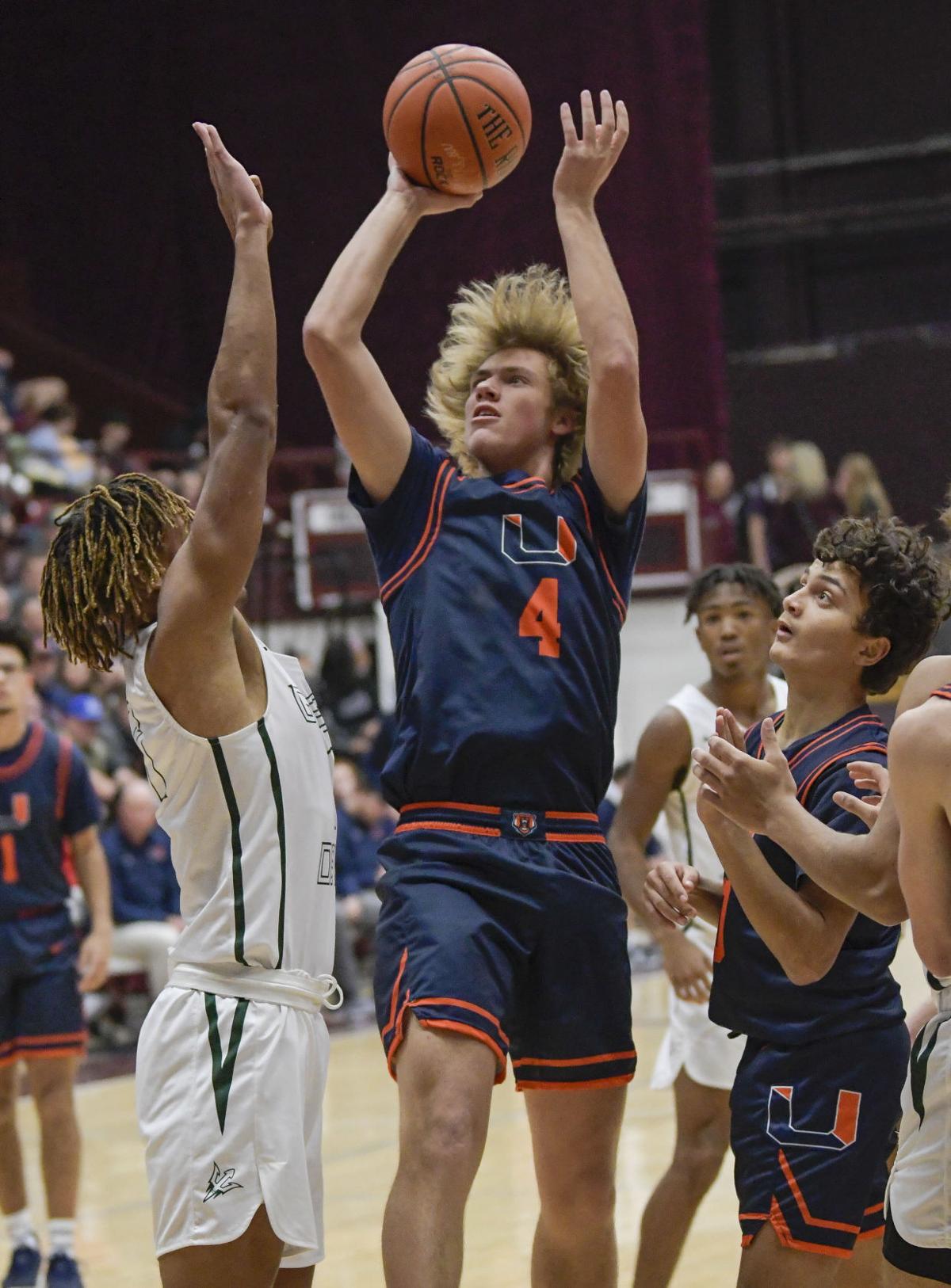 Union Bradley Bunch (4) takes a jumper during a game at the Arby’s Classic last month. 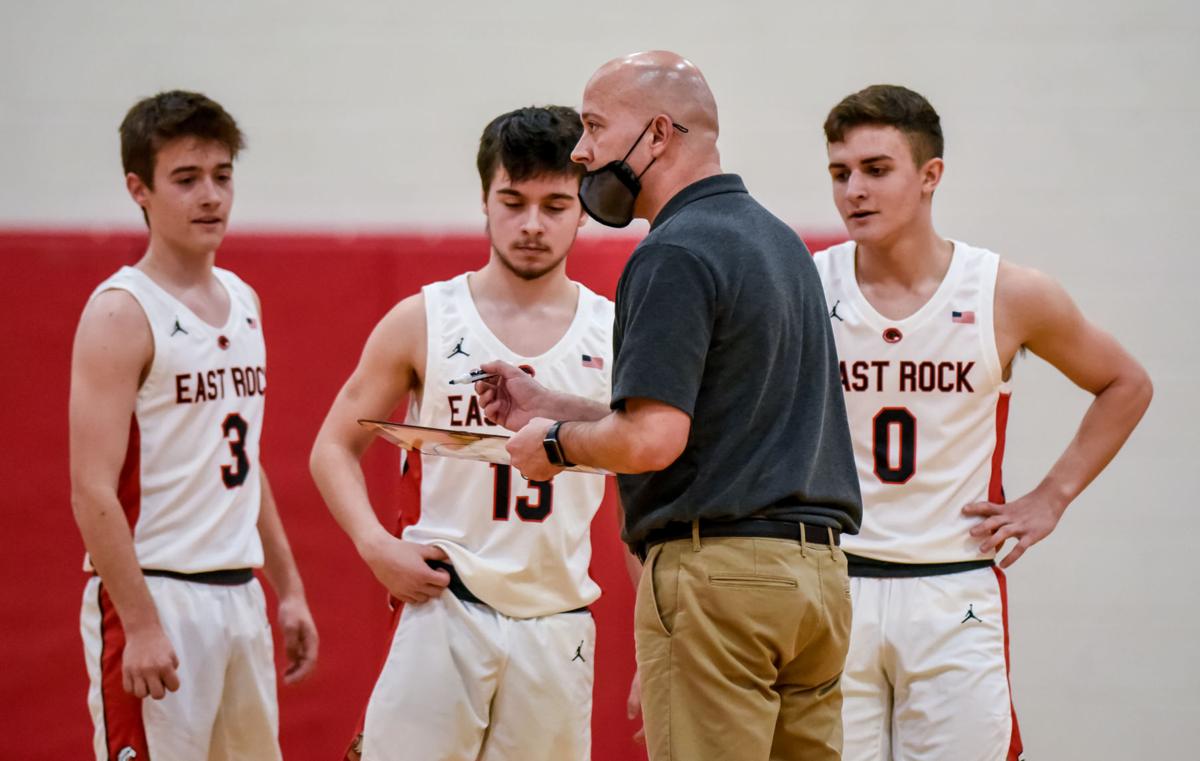 East Rockingham head coach Carey Keyes meets with his team during a timeout during a game earlier this season. 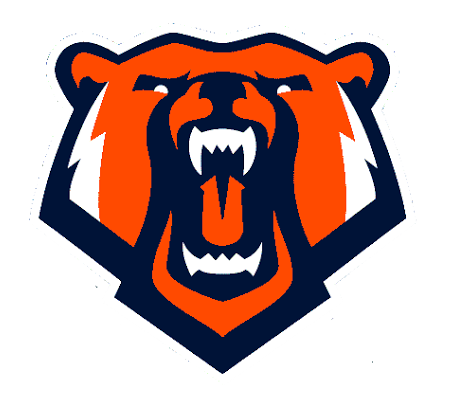 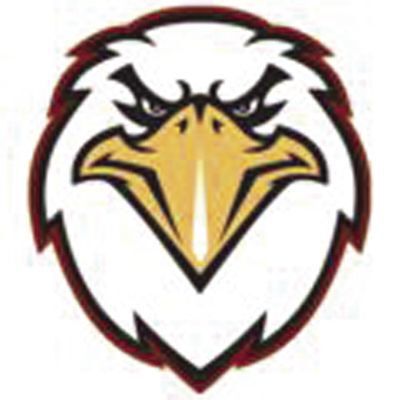 Union Bradley Bunch (4) takes a jumper during a game at the Arby’s Classic last month.

East Rockingham head coach Carey Keyes meets with his team during a timeout during a game earlier this season.

Difficult conversations, emotional reactions and a fueling desire to improve are some of the results of a difficult schedule to start a season for teams.

When the sixth-year East Rockingham boys basketball coach sits down with ERHS athletic director Eric Phillips each year to put together the team’s non-district schedule, he admitted he seeks difficulty.

The Eagles have shown their willing to play anyone, anywhere and any time in recent seasons and it’s paid off with three straight runs to at least the Virginia High School League Class 2 semifinals. ERHS lost in the state championship twice.

Currently on a four-game winning streak, Keyes is hoping a similar trend follows this season.

“Our inexperienced guys have played better in the past few games and really started coming along for us,” Keyes said. “We knew that’d be key. We play this tough [non-district] schedule for a reason — to get ready for the district and for the playoffs. It’s kind of playing out as we thought. When it’s all said and done, I think it’s going to help us at the end of the season.”

The Eagles will take on Union tonight at 8:30 p.m. at the Rock The Ribbon Roundball Shootout at Rockbridge County High School. It’s a rematch of last season’s VHSL Class 2 state championship.

“Obviously, I think it’s in the back of their mind that we lost that game,” Keyes said. “But at the same time, it’s been such a grind this season. More than ever, it’s been one game at a time.”

It was a rough start to the season, in some ways, for East Rockingham despite a season-opening win over rival Spotswood in front of a packed house in Elkton. The Eagles didn’t play again following that victory until a week later, but were blown out by the Trailblazers in Penn Laird.

In the following weeks, East Rock suffered losses to James River and to Central in a game in which the Eagles were short-handed and standout wing Tyler Nickel scored 34 of the team’s 43 points.

But since that loss, East Rock (8-3) has got back on track with four straight wins that included a thrilling overtime victory over Floyd County at the Chance Harman Classic at FCHS last weekend. In that contest, Nickel showed off why he’s a North Carolina signee with 43 points and 11 rebounds. On Thursday, Nickel was nominated for the 2022 McDonald’s All-American Game in Chicago, Ill.

“From the start of the season, I think we’ve seen every possible defense that someone can come up with,” Keyes said about Nickel, who is averaging 33.7 points, 10.1 rebounds, 3.4 assists, 1.6 steals and 1.3 blocks per game this season and now has 2,273 points for his career. “It’s been more about reading defenses, how teams are playing us and reacting. Early in the year, we weren’t as good with that. We’ve seen so many of these defenses now that, whatever we see, we’re ready to attack it.”

Guards Cooper Keyes and Ryan Williams, who have missed previous games, will both miss Friday’s clash with Union due to illness and forward Xavier Butler is just now starting to return to form after missing the start of the season with a shoulder injury that he suffered during football season.

The loss of Cooper Keyes is especially key with the senior leader averaging 9.6 points and 5.6 assists per game, but even Williams (4.3 ppg, 3.1 rpg) has had breakout games as a scorer for East Rock. All of the missed time for key ERHS players has taken a toll on the squad this season.

“That’s been a big part of us playing better,” Keyes said. “We’re able to recognize defenses a little better and I think that’s helped, not only Tyler, but everyone get better.”

The Bears are in the midst of a grueling stretch of their own, playing reigning Class 3 runner-up Abingdon on Thursday before taking on the Eagles in a rematch Friday. Union will also play a second game in the Lexington tournament against Liberty-Bedford on Saturday.

“The schedule has been tough so far,” Union coach Zack Moore said. “It’s what I wanted it to be. The games we are playing make us realize what we are good at and what we need to improve on the most. We can’t hide from the schedule. Playing a weak schedule when you have a good team will only give you a lot of false hope in my opinion. We play Science Hill twice, Sullivan East, Unicoi County, Volunteer, Greeneville, Bearden, East Rock and Liberty-Bedford. The gauntlet will hopefully get us ready for the last couple of months of the season.”

Union (5-3) returns five of seven key rotation players from a year ago, led by 6-foot-6 senior Bradley Bunch, who is averaging 27 points and 11 rebounds per game and currently holds offers from Division II Tusculum University and Division III Maryville College out of Tennessee.

The Bears’ only losses are to last year’s Tennessee Secondary School Athletic Association Class AA state champion Greeneville, Bearden — a school from Knoxville, Tenn. in TSSAA’s largest classification and Science Hill, which is a traditional power that’s also in the TSSAA’s largest class.

“Every game is big in my eyes,” Moore said. “We approach it as its one game and one game only. Win or lose, it's one game."

Keyes and Moore have an almost identical approach to their grueling non-district schedules.

And although there can only be one winner Friday in Lexington, both hope for the same outcome — growth.