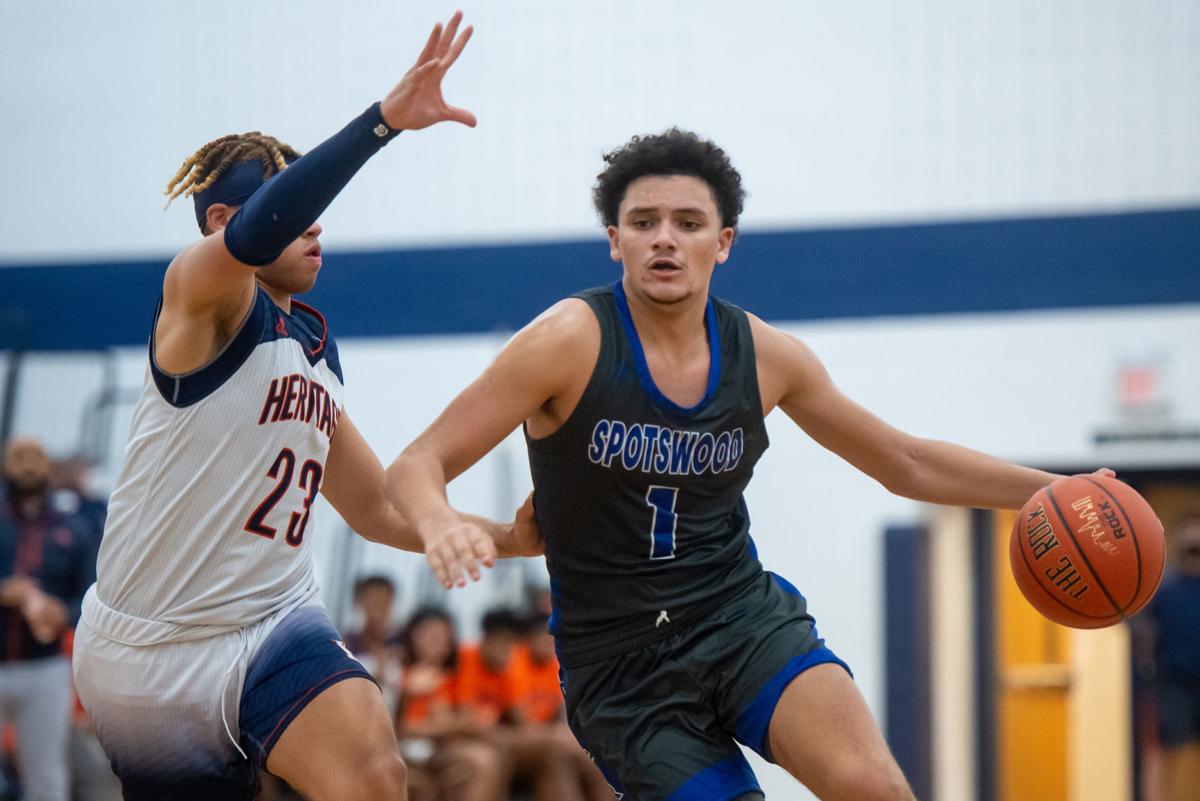 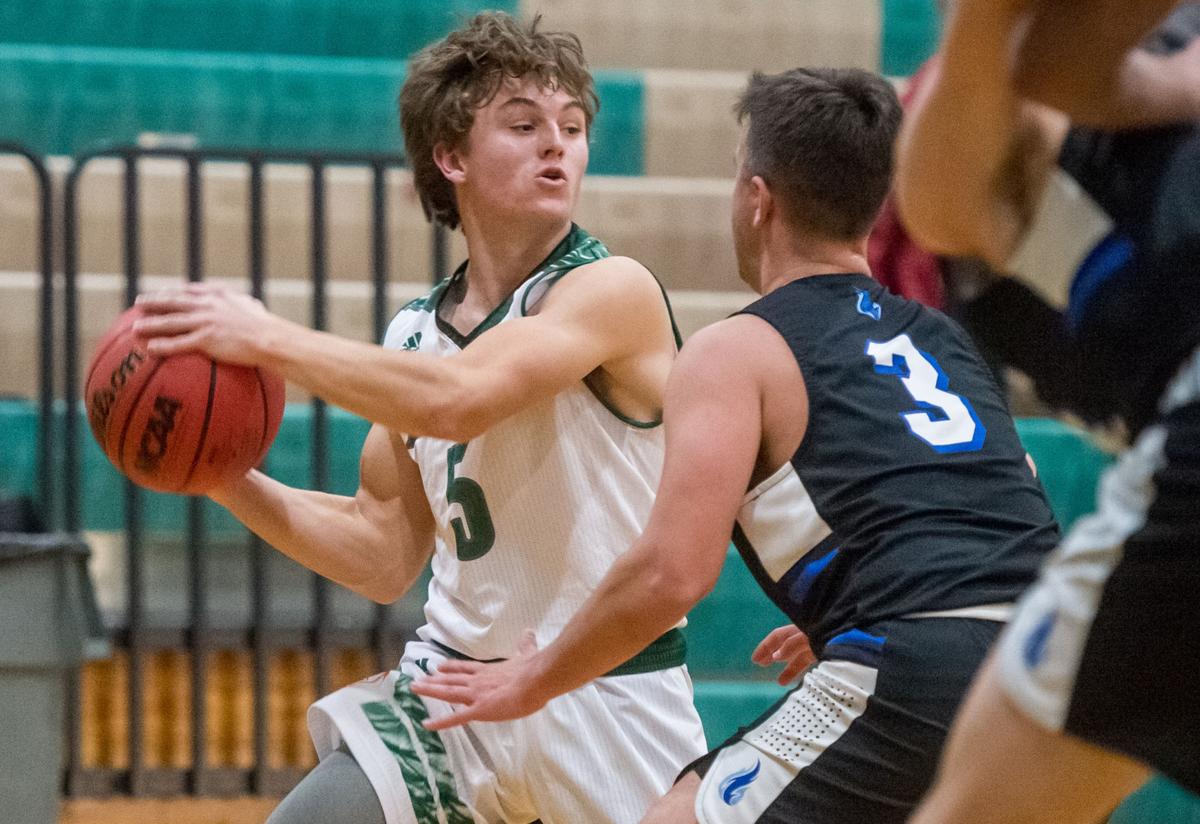 Broadway’s Ben Hutcheson looks for an opening around Eastern Mennonite’s Adam Hatter in a game Saturday at BHS. 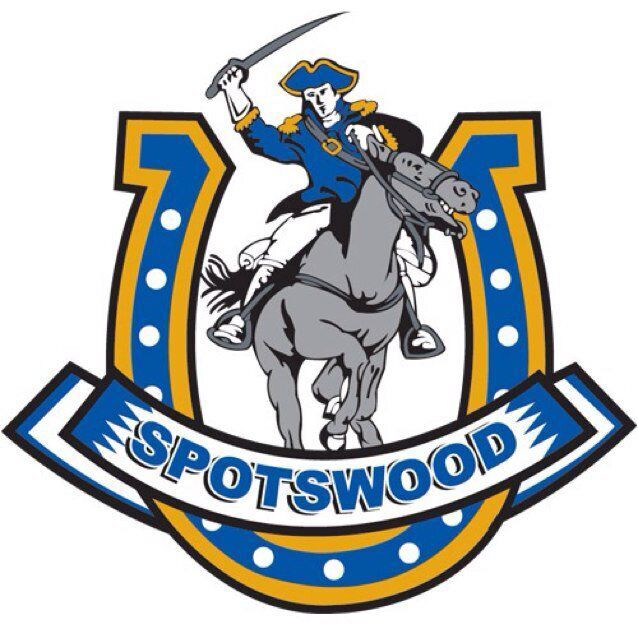 Broadway’s Ben Hutcheson looks for an opening around Eastern Mennonite’s Adam Hatter in a game Saturday at BHS.

There won’t be any unexpected changes or different approaches between the two.

Whenever Broadway’s Dwight Walton and Spotswood’s Chad Edwards face off, it brings together two of the most successful boys basketball coaches in Rockingham County over the past decade.

And for the two veteran coaches, it brings a mutual respect and admiration of the other’s team.

“Broadway is very well-coached,” said Edwards, who is in his 17th season. “I admire how hard they play and how keenly they understand who they are as a team. They always play hard-nosed defense and execute well on offense. I have tremendous respect for Coach Walton and his program.”

The Trailblazers and Gobblers are set to square off Friday at 7 p.m. at BHS. It is the Valley District opener for both squads and a much-anticipated contest between two of the district’s top teams.

But like many of the contests in previous years between the two teams, the coaches know each other’s strengths.

“Spotswood’s constant pressure — full-court and half-court — is really good as always,” Walton said. “They create a lot of transition scoring, so we have to control both of those strengths first.”

The Trailblazers have been a bit of a surprise this season with wins in seven of their first 12 games.

Spotswood has the district’s top player in senior guard Carmelo Pacheco, but it has been the play of the underclassmen around him that has allowed the Trailblazers to stay above water through a brutal non-district schedule that included games against E.C. Glass, Heritage-Lynchburg and Millbrook.

“Carmelo has been fantastic to start the season and our inexperienced guys are getting more and more comfortable with the varsity level of play,” Edwards said. “Our New Year’s resolution is to be more consistent. We challenged the guys to focus on this both collectively and individually.”

As for the Gobblers, it’s been a better-than-expected start as well despite a current three-game losing streak. Broadway sits at 7-4 and has built depth that is unmatched by most teams in the area.

“This team has a special bond with each other,” said Walton, who is in his 15th season coaching at BHS. “They’re like brothers. They’ll fight with each other a little, but they also will fight for each other. I love how they compete every night. We are starting to shoot the ball much better from the perimeter and defensively, I feel like we’ve been solid this year and are cleaning up the little details.”

Conner Barnes has emerged as the blue-collar, hard-working scorer in the low post for the Gobblers, but guards Jowell Gonzalez Santiago, Caleb Barnes, Ben Hutcheson and Dakota Dove have proven they are among the players also capable of having big scoring nights in any given contest this year.

“Only playing limited games last year and now getting the first half of the season in has been so great for these guys,” Walton said. “Now starting district play is very exciting for them. After putting so much hard work in, it is very rewarding for everyone.”

The start of Valley District action will pit two of its contenders against each other immediately.

And while there will be plenty of excitement around the contest, don’t expect any change.

“We are hopeful that a challenging out-of-district schedule has prepared us for the upcoming battles with our local district rivals,” Edwards said. “We fully understand that we will need to be ready to play each and every night in the Valley District.”