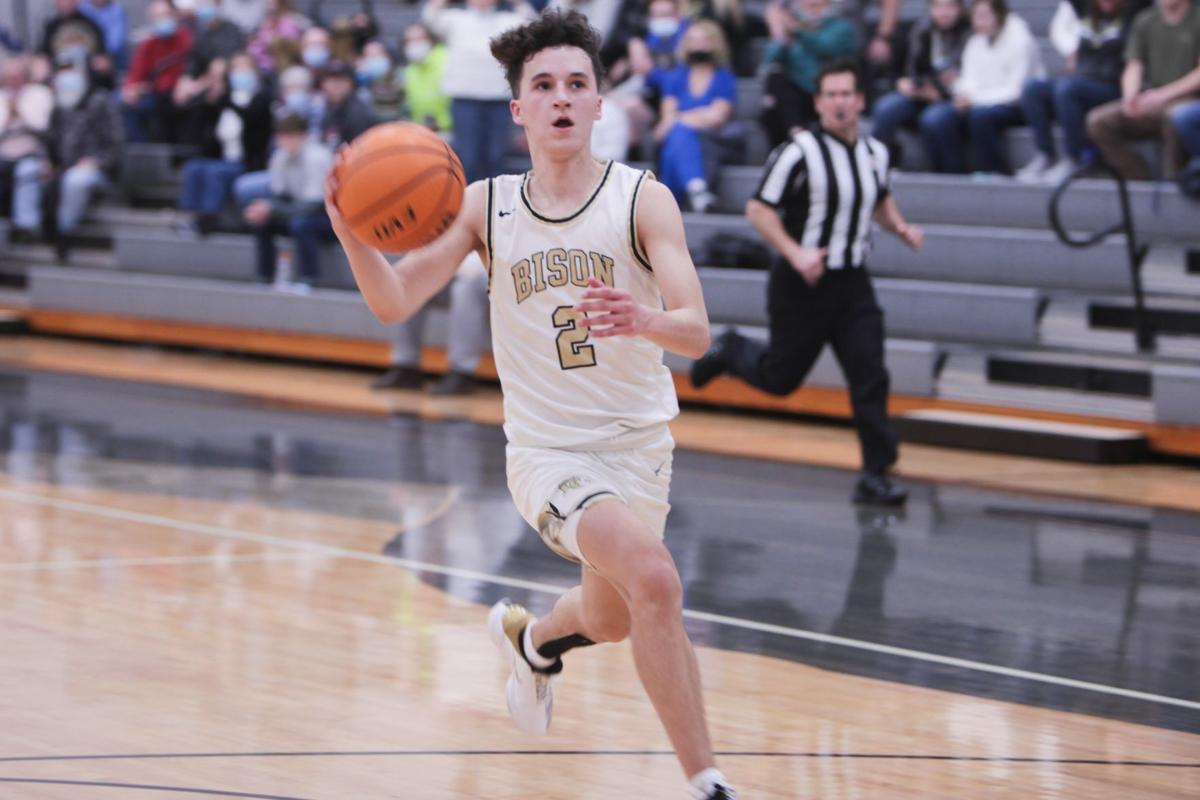 Buffalo Gap guard Bennett Bowers dribbles up the court during a game against Staunton last week in Swoope. 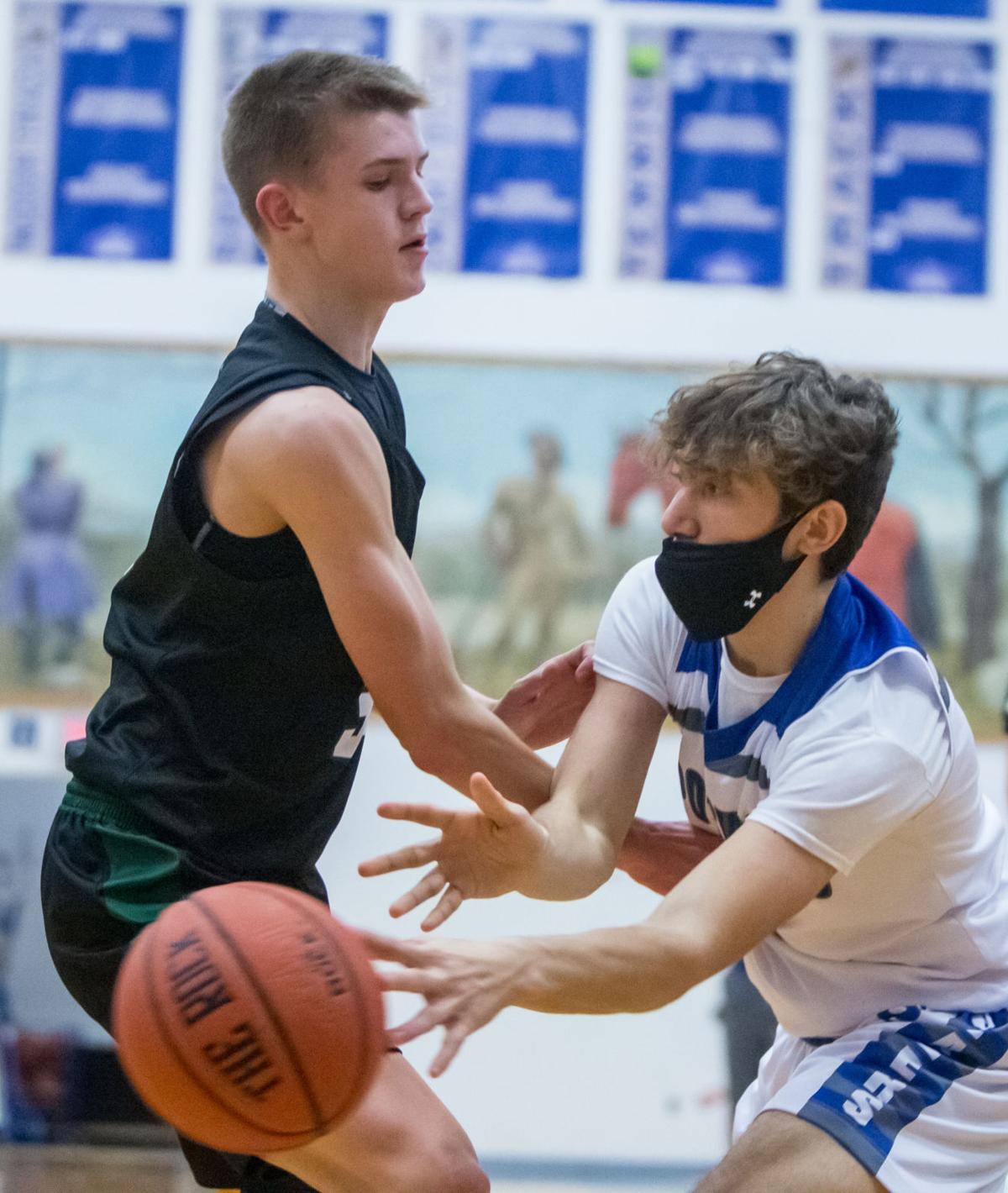 Buffalo Gap guard Bennett Bowers dribbles up the court during a game against Staunton last week in Swoope.

Riding a six-game winning streak and starting to be looked upon as a serious contender in the Shenandoah District, the Wilson Memorial boys basketball team surely started feeling confident.

Who wouldn’t? Winning tends to give teams a certain swagger over time and the Green Hornets had enough impressive non-district victories during the six-game stretch to make them believe they’re a legitimate threat.

But just as Wilson’s belief in its ability to keep momentum rolling started to grow, point guard Josh Johnson suffered an injury. The result? Back-to-back losses to Charlottesville and Strasburg.

“It helps kids learn when you have to play through that,” Green Hornets coach Jeremy Hartman said. “It sucks you lost two in a row, but I always tell them you have to keep the big picture in mind. We’re not playing to be the best team in December. We’re playing to be our best in February.”

Despite the two losses without Johnson, Wilson has played high-level basketball early on this season. Another team out of Augusta County that has surprised folks as well is Buffalo Gap.

The Bison have now won four in a row and six of their first seven to start the season. The Green Hornets, meanwhile, sit at 6-2 overall, but won’t be back in action until January 4.

“The way we’ve come together offensively and accepted new roles,” Gap coach Chad Ward said is the key to the fast start. “We’ve come together as a team. We’re excited about a good start, but interested to see how we do against some of these stronger teams. … It’s been all over the place this year.”

Coming into the season, defending district champion Fort Defiance was considered a favorite to repeat while Staunton was another team that is an annual contender with its depth and athleticism.

And while the Indians and Storm still may certainly play their way to the top by season’s end, it’s been the Bison and Wilson that have been the most impressive thus far with their combined 12 victories.

“I’d attribute a lot of it to just having a lot of guys back,” Hartman said. “We have eight returners. They’ve all kind of come up with me. We’re still relatively young — we only have three seniors, but those three seniors have been with me for two or three years now. Experience, camaraderie — they work together well as a team. We’re playing loose, fast and it’s just clicking right now.”

The Green Hornets have won with some impressive shooting performances and balance on offense.

Junior guard Finn Irving is the team’s leading scorer, but Johnson is the team’s unheralded leader. Taylor Armstrong has provided a boost in his return from an injury that kept him sidelined last season, Ethan Briseno has done a solid job in the low post and Grant Wright, Eli Irving and Lucas Schatz have all had big games of their own.

“It’s a nice change because, previously, if one or two guys couldn’t get going, we struggled,” Hartman said of the balance his team has displayed this season. “Now, having three or four guys that can put the ball in the hole, it’s such a luxury. It’s hard for us to be defended if guys are making shots.”

At Gap, junior guard Bennett Bowers has emerged as one of the area’s top players this season.

And although Bowers has been impressive with several big-time scoring nights for the Bison, the way players such as Jamie Hewitt, Jackson Ingram, Micah Canterbury and Jackson LaPorte have stepped up and made plays around him has been a major key to their success in Ward’s eyes.

“Bennett has done a really good job for us out front,” Ward said. “He’s really controlling basketball games. We knew, eventually, someone was going to try to take him away. The first time that happened was against [coach] Mat Huff and Luray. Everyone on our team understood the situation, stepped up and handled that situation. Offensively, the guys have gelled together.”

That type of chemistry has been key for the Green Hornets, too, despite the recent adversity.

And although back-to-back losses for 2021 surely tampered Wilson’s confidence a bit, Hartman said he’s optimistic the Green Hornets will be better for it in the long haul and, eventually, gain it back.

“It gives kids experiences they may not be used to,” said Hartman, who previously coached the R.E. Lee girls to a state title in 2012. “Having done this on the girls side, making deep playoff runs, you need a little bit of luck and a whole lot of health. I’m hoping we’ll get a little luckier and a little healthier down the stretch.”