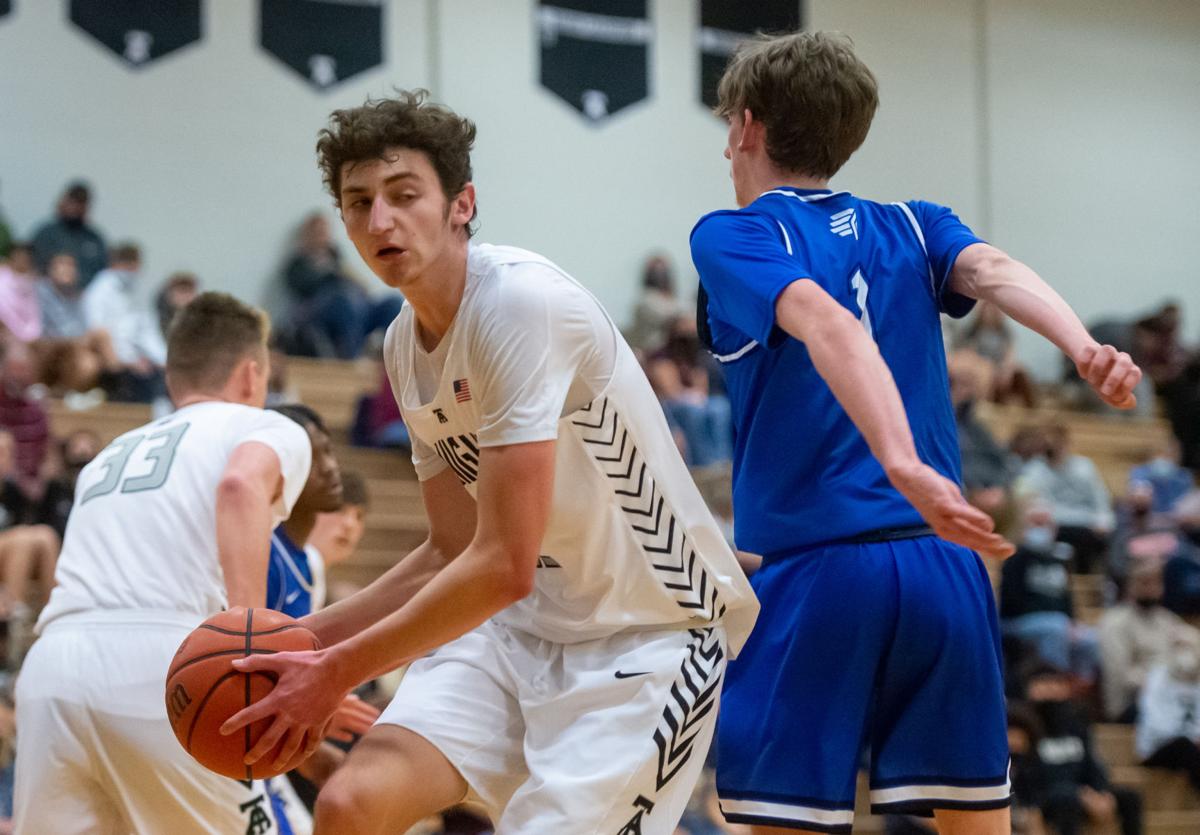 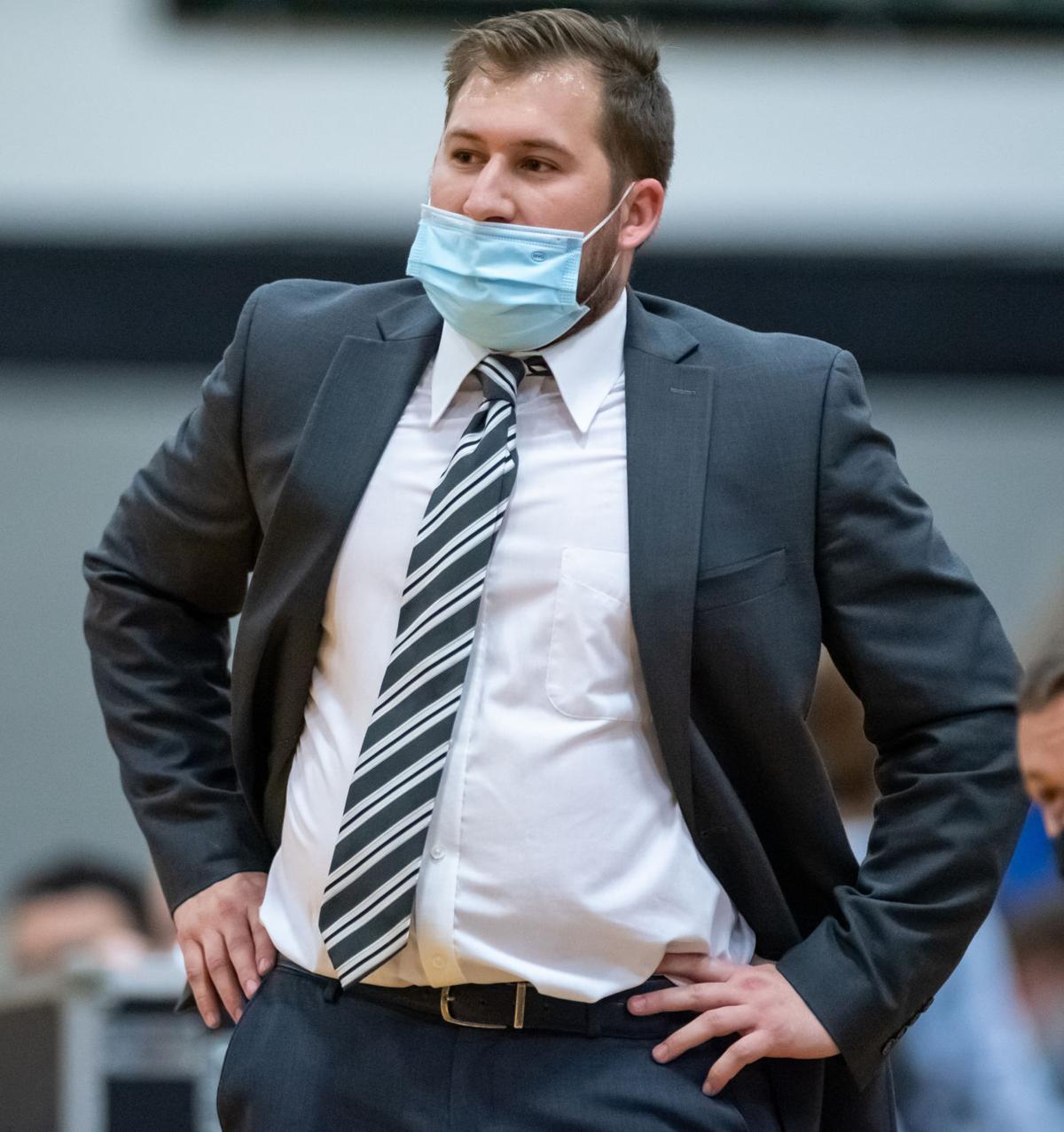 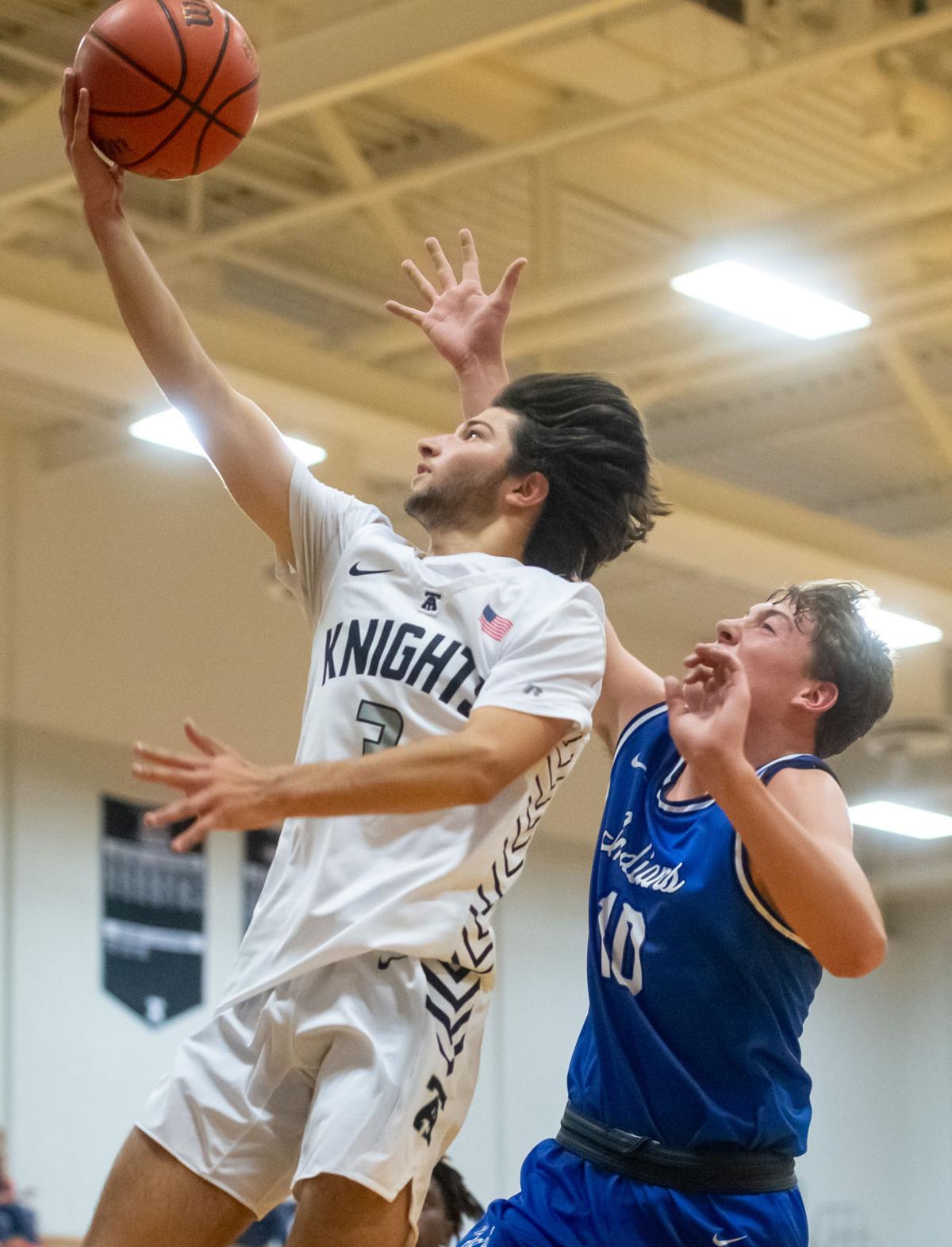 BRIDGEWATER — It’s been as challenging of a debut season as he could have imagined.

Clay Harris never expected to be in the position he’s in now, he said. He’ll be the first to admit it.

One day, the former Fort Defiance standout point guard said he wanted to be a head coach.

Eventually, the James Madison alum that most recently helped coach the FDHS girls team and was brought to TA originally as the JV boys basketball coach last summer, said he had a goal of being in this spot.

Turns out, however, that time is now for Harris and it’s with the Knights at the varsity level instead.

“Everything is new and I am learning as I go along,” Harris said. “I’m very fortunate to have a great coaching staff that has helped me out tremendously. It’s been a blessing having a Turner Ashby basketball legend, John Woodrum, on the staff. He has provided a lot of guidance all year long.”

Brandon Shields was supposed to be entering his second year as the coach of the Knights this year, but stepped down unexpectedly in October. That left TA scrambling for a coach weeks before the season. On top of that, it left the Knights with their fifth new coach in as many years.

“When I found out we were going to have another head coach, I didn’t know what to think because I’ve had a new head coach all three years on varsity,” Turner Ashby guard Jacob Keplinger said. ”But Coach Harris was with us all summer learning what we do and how we play, so the transition wasn’t that hard because we were around him a lot. What I’ve enjoyed about playing for Coach Harris is that he lets me play my game and he is confident in me to make plays and help the team win. He is very relaxed and doesn’t seem to get rattled when things go wrong so that keeps us, as a team, calm.”

Keplinger has been huge for the Knights this season, leading the team with 15.6 points per game while also dishing out 2.6 assists and picking up 2.5 steals per contest as a senior leader.

Garret Spruhan, a senior forward, has helped form a strong 1-2 punch with Keplinger, averaging 15.3 points, 12.5 rebounds, 2.5 blocks and 2.8 steals per contest as TA has won five of its first eight games.

“Overall, I have been very pleased with how the season has gone so far,” Harris said. “We continue to get better each week. We have put ourselves in a good position to win each game, which is all you can ask for as a coach. What I have liked most about this season is how our team has handled all of the obstacles that we have faced. Out of our seven games so far, we have only played one game with a full roster. It is great seeing our guys step up and take on bigger roles when needed.”

Outside of Spruhan and Keplinger, the Knights have other scoring options in Noah Gerber, Adam Bass, Beau Baylor, Nolan Bailey and Trent Kiser. TA has built a reputation as a strong 3-point shooting team.

Spruhan said the team fought through some early adversity and schedule changes and has come out better for it, crediting Harris and the rest of the coaching staff for keeping players locked in.

“One of the things I love about Coach Harris is his belief in us and it’s our entire coaching staff,” Spruhan said. “They all believe in us and that really gives us motivation to go out and give it our all.”

The transition to a fifth coach in as many years wasn’t ideal for anyone inside the Knights program.

But it’s one that’s come easier than expected due to the relationship Harris built with the players.

“I was very fortunate to get the opportunity to start working with this group of players this summer and fall,” Harris said. “Being able to build those relationships during the off-season helped as I transitioned into the role as head coach. They are a wonderful group of kids to work with. They have been coachable and they have bought in on what we want to accomplish on both ends of the floor.”

If you asked Harris just a few months ago if he’d be in this position, he said he likely wouldn’t believe you.

But as the Knights now prepare to enter Valley District play with a roster oozing with confidence, both Harris and his players are ready to make the most of the opportunity in front of them.

“We expect and are confident that we can win the district this year,” Keplinger said. “It’s not going to be easy but if we get everyone healthy and play our best basketball, I think we have a good shot.”