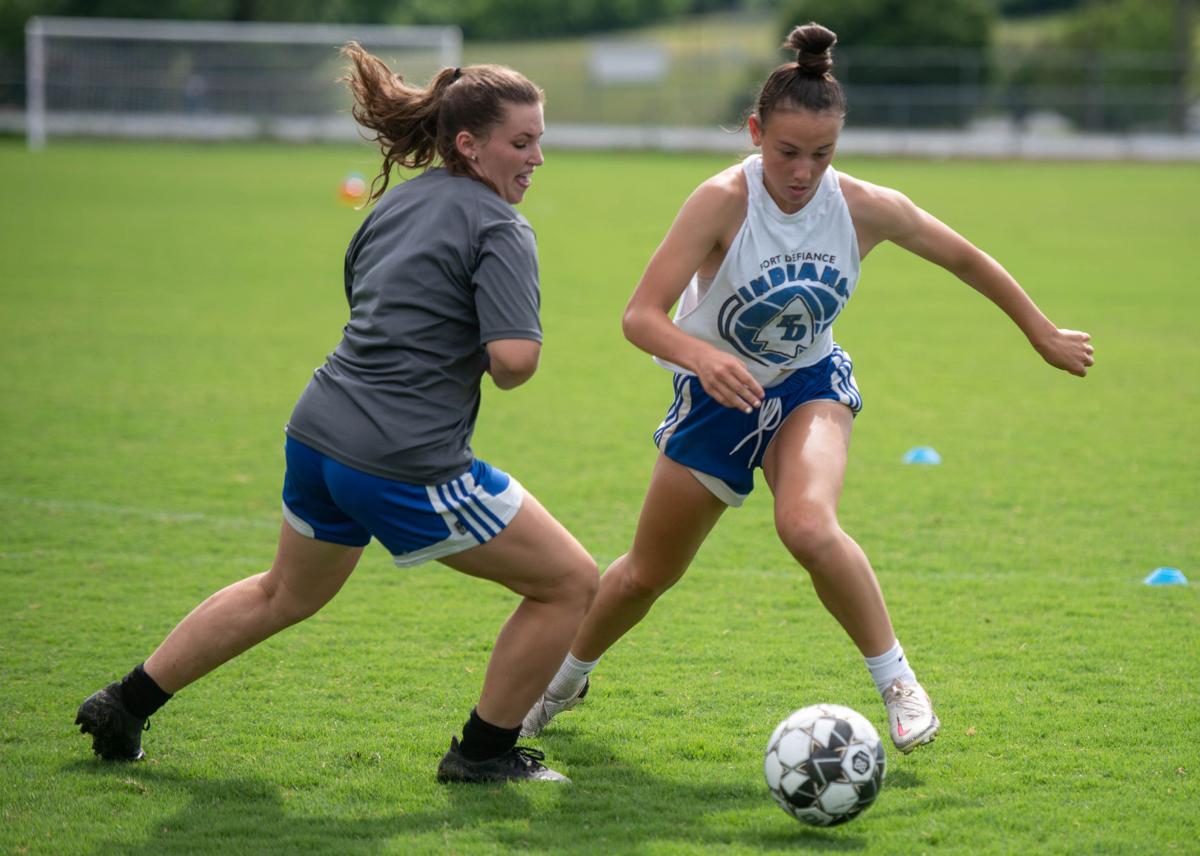 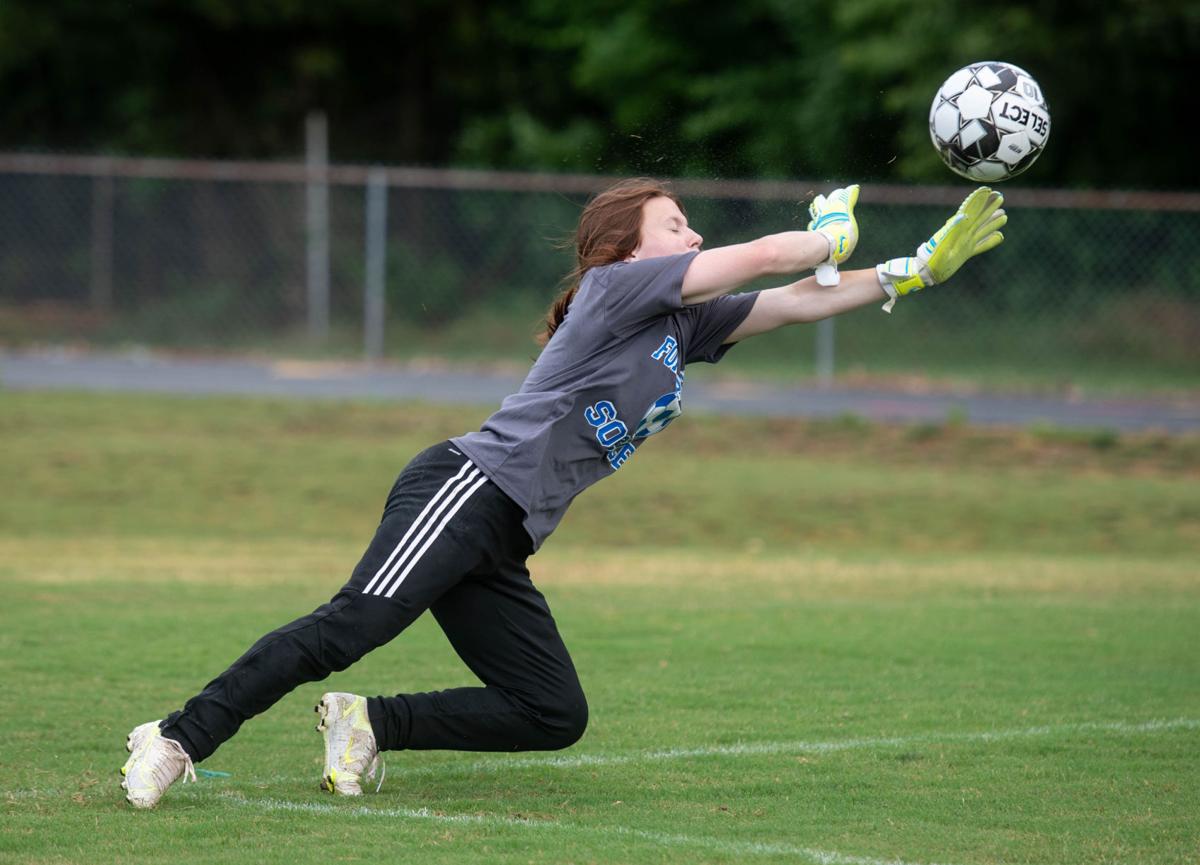 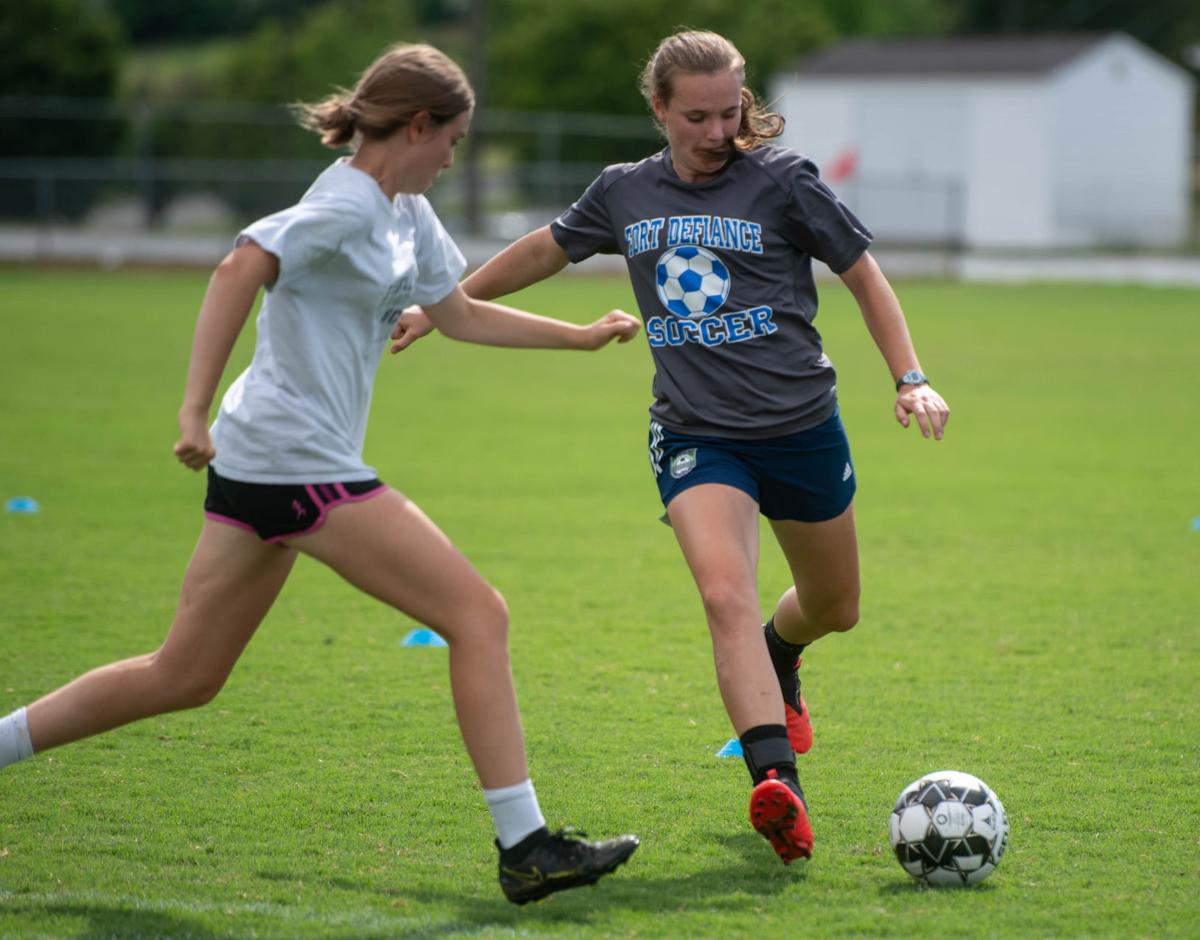 Fort Defiance’s Adriana Shields drives up the field during practice.

Fort Defiance’s Adriana Shields drives up the field during practice.

There’s simply no way Erik Walker knew it would be this easy.

The veteran Fort Defiance coach, who has previously coached the boys’ soccer team at the school, took on the girls program last year but the season was quickly shut down by the Virginia High School League due to COVID-19.

Then, this year, Fort has been even more impressive with a perfect 10-0 record that wrapped up with a victory over Wilson Memorial on Wednesday to win the Shenandoah District title.

“This has been a very easy undefeated season,” said Walker, referring to how his team has come together. “The games have been tough and we’ve had some really good competition. In the locker room, though, we’ve had zero drama and it’s tight-knit throughout. They all get along. It’s been an easy team to coach.”

While Walker has certainly gained well-earned respect around the local soccer community for his ability to communicate effectively with student-athletes during his coaching tenure, both he and his players said part of the credit goes to the nine FDHS seniors.

“The seniors are the ones that guide us through everything,” sophomore defender Jessica Monroy-Ponce said. “They’re truly very good captains and know exactly what to do at the right time. I think that’s what gives us pride as well.”

“It’s, honestly, been really great just having that senior season and since we’re doing so well this year, it feels really good to get that back,” Jones said. “As a captain, I’m just making sure the team is really focused, staying positive in everything. It’s still a similar role but I’ve taken on more of a leadership role in terms of helping people out, taking questions from some of the newer players.”

Because he hasn’t faced much adversity with the Indians thus far, Walker admitted he’s leaned on his seniors in a bigger way through this season than others.

“The senior leadership has been huge,” Walker said. “You don’t get a [10-0] record without senior leadership like that, without strong team leaders throughout the program. This team is just so coachable, so unselfish. Everything has been led by our captains and really got started by our seniors.”

And while those seniors have been pivotal, it’s been the play of underclassmen such as Monroy-Ponce and standout Ellie Cook contributing to the success, too.

“It’s really nice for all of us, especially our seniors,” Cook said. “We want to give them a great year and to be able to have such a good season for them has been awesome. Team chemistry is a big thing in every sport, I think. The fact that we hang out — not just in soccer season — helps us on the soccer field as well.”

That team chemistry, and its importance, was echoed by members of the Fort Defiance roster earlier this week in practice as they talked about how tight of a bond the team has.

“We’ve all shown so much positivity, not just toward other teams, but toward each other,” the Indians goalkeeper Nester said. “If we make a mistake, we always drop it and encourage each other and not getting mad at each other. We’re all really close as a team. We all seem to be in sync.”

Nester has watched firsthand as the defense in front of her has allowed Fort to be so successful, giving up just four goals the rest of the season after allowing three in a rusty 5-3 win over rival Staunton to open up the spring season.

“I’m so proud of our defense this year,” Nester said. “It’s taken a huge weight off my shoulders. I don’t have to worry. If it’s with our defense, it’s safe. They’ve been so helpful against anybody. We’re really just focused on one game at a time. We feel like, ‘We can do this. We’ve got this.’ We’re just really encouraging each other, but keeping it on one game at a time has been really helpful for us.”

The focus and ability to not get caught looking too far ahead is something Walker is preaching ahead of next week’s Region 3C tournament, where the Indians are expected to host a first-round game on Monday.

The success Fort has had hasn’t come without hard work and it certainly hasn’t always been smooth sailing, but the chemistry and tight-knit bond the Indians have built inside the locker room is why Walker said he considers it so “easy.”

“We all bonded really close and I think that’s definitely a lot of success,” Shields said. “We get along on, and off, the field and we’re always there for each other.”

“We’re focused on the game in front of us,” Cook said. “We just have to know our opponent, play our game.”

It won’t always be easy for the Indians — that’s just the nature of the game and, well, life — but the attitude they’ve brought to the field this season is what they say has propelled them to so much success thus far.

“We’re just staying positive,” Jones said. “We are going out on the field and playing the best we can.”