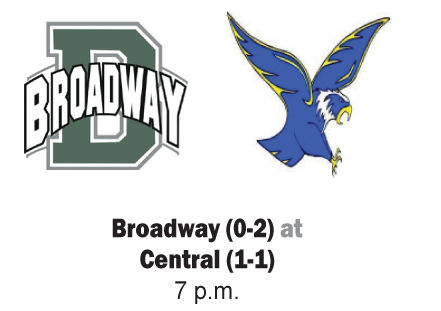 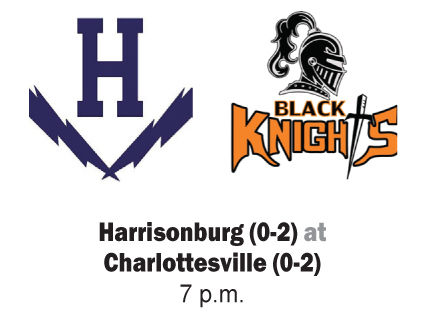 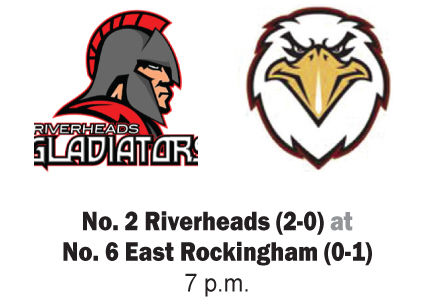 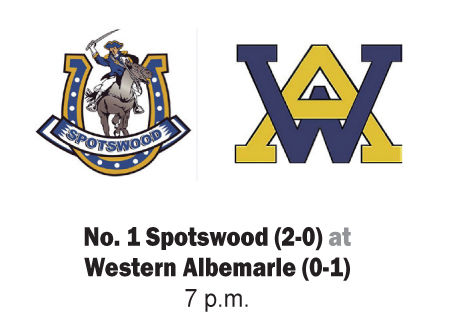 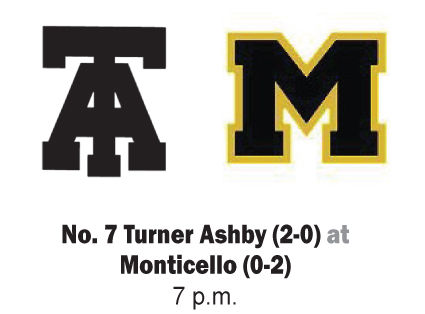 Notes: Western Albemarle has reached the playoffs in seven of eight seasons under coach Ed Redmond. … Warriors quarterback Carter Shifflett finished with 170 total yards and three touchdowns in last week's loss to Turner Ashby. … Western finished with just 107 rushing yards in the loss. … Warriors receiver Breaker Mendenhall, the son of U.Va football coach Bronco Mendenhall, had four catches for 64 yards and a touchdown in last week's loss. … Western's defense gave up over 525 total yards of offense in the loss to the Knights. … The Warriors haven't lost two in a row to open up a season since 2002. … Spotswood is looking to start 3-0 for the first time since 2009. … SHS quarterback Ryan High completed 9-of-13 passes for 370 yards and a career-high six touchdowns before exiting in the third quarter of last week's 75-13 rout of William Monroe. … Rob Smith finished with five total touchdowns (four receiving, one kickoff return) in the win for the Trailblazers. … Spotswood running back Ethan Barnhart leads the Valley District with 435 yards rushing (9.9 YPC) and four touchdowns. … The Trailblazers are giving up just 12.5 points per game. … Spotswood has won 11-straight regular-season games.

Notes: Last year's 28-0 win over Riverheads in Elkton was East Rockingham's first victory over the Gladiators in program history. … The Eagles have only opened the season 0-2 twice since 2010. … ERHS senior running back Trenton Morris carried the load offensively in the Eagles' 20-12 Week 1 loss to Spotswood, finishing with 19 carries for 131 yards and a score and two catches for 18 yards and another touchdowns. … East Rock quarterback Tyce McNair had 140 yards of total offense and one touchdown toss in his first start. … The Eagles gave up 370 rushing yards in their season-opening loss to the Trailblazers. … East Rockingham has reached the playoffs eight straight seasons. … Riverheads has won six state championships under veteran coach Robert Casto, including the last three Virginia High School League Class 1 titles. … The Gladiators have won at least 10 games every season since 2008. … Riverheads running back Zac Smiley leads the Shenandoah District with 356 yards rushing and five touchdowns. … Gladiators freshman quarterback Bennett Dunlap will earn his third-career start tonight, but has attempted just three passes this season. … Riverheads has four players with over 60 yards rushing this season. … The Gladiators are on a 13-game winning streak with their last loss coming to East Rock a year ago.

Notes: Monticello hasn't lost three-straight games to start a season since 1999. … Mustangs quarterback Malachi Fields is one of the best dual-threat signal-callers in the Jefferson District and accounted for nearly 300 yards of total offense in last week's loss to Culpeper County. … Will Trent leads Monticello with seven catches for 58 yards and a score this season while Tony Frazier has two catches for 78 yards. … The Mustangs committed six turnovers in last week's loss to the Blue Devils. … Monticello is giving up 32.5 points per game this season. … The Mustangs have won seven of eight over the Knights with TA snapping a seven-game losing skid in the series with last year's 32-25 overtime victory. … Turner Ashby is 2-0 for the first time since winning three in a row to open up the 2010 season. … Knights first-year quarterback C.J. Haskins has completed 18-of-31 passes for 293 yards and a pair of scores and has also rushed for 130 more yards and three touchdowns. … TA running back Grant Swinehart ranks second in the Valley District with 40 carries for 311 yards and three scores. … The Knights are giving up just 14 points per game after giving up 41.3 during the first two seasons under coach Chris Fraser. … TA is averaging 449.0 yards per game on offense while giving up just 193.5 yards per game defensively. … The Knights haven't won more than two non-district games in a season since 2009.

Notes: Charlottesville has lost 12 out of its last 13 games dating back to the 2017 season. … Black Knights quarterback Tamarius Washington left last week's loss to James Monroe in the second quarter with a lower-body injury and is not expected to play tonight. … Isaiah Washington filled in last week at quarterback and was effective running Charlottesville's triple-option attack. … Fullback Jaleom Adams-Mallory has the only touchdowns this season for the Knights. … Charlottesville has been outscored 101-7 so far this year. … The Knights have won three of their past four meetings against Harrisonburg, but lost 59-28 on the road. … Harrisonburg hasn't lost three in a row to open up a season since 2014. … HHS quarterback Kwentin Smiley has both touchdowns for the Blue Streaks this season. … Harrisonburg is giving up 41.5 points per game so far this season, which would be the most by the Streaks under coach Chris Thurman. … HHS committed seven turnovers in last week's loss to Handley. … The Streaks have just two non-district wins in the past three seasons with one of them coming last year against Charlottesville. … Harrisonburg scored a season-high 59 points in last year's win over the Knights.

Notes: Central has been to the playoffs four straight times and seven of the last eight seasons. … Falcons first-year quarterback Kelan Hoover has completed 21-of-36 passes for 310 yards, three touchdowns and an interception. … CHS running back Alex Neff (21 carries for 104 yards and a score) gets a majority of the carries out of the backfield. … Brevin Scott leads Central with seven catches for 92 yards and a score while Kamren Wells has big-play potential with three receptions for 72 yards and a touchdowns. … Gerso Sorto-Lopez, a linebacker, leads Central with 25 total tackles and a sack through the first two games. … The Falcons have lost 10 straight to Valley District opponents with their last victory coming in a 21-14 win over the Gobblers on Oct. 13, 2000. … Broadway has started 0-3 every season since 2016. … The Gobblers are averaging just 63.5 rushing yards per game. … BHS first-year quarterback Cole Hoover is 28-for-59 passing for 359 yards, a touchdown and two interceptions. … Slot receiver David Thew has 162 yards of total offense and a score for the Gobblers. … Six-foot-3 receiver Nate Tinnell leads Broadway with 10 catches for 165 yards. … Timothy Lapp leads Broadway with 16 total tackles and a 30-yard fumble return for a touchdown this season.

As soon as he was finished finalizing the schedule for the 2019 season, East Rockingham 10th-year coach Donnie Coleman said he received a call.

Here's the seventh of my weekly prep football mailbag this preseason. You can submit questions to celliott@dnronline.com, on Twitter or Facebook.

By The Numbers: Week 2

Giving up no touchdowns in a season-opening win over William Monroe was impressive by the Turner Ashby defense, but it was the TA offense stealing the show this week with its eye-opening numbers in a 48-26 victory over Western Albemarle.

When Jared Peake was first approached about playing football this season, the Turner Ashby junior said he and his family had some reservations.

The Power Rankings after Week 2.

#DNRFB: What To Watch For Tonight

1. If Spotswood has a let down after last week's rout.