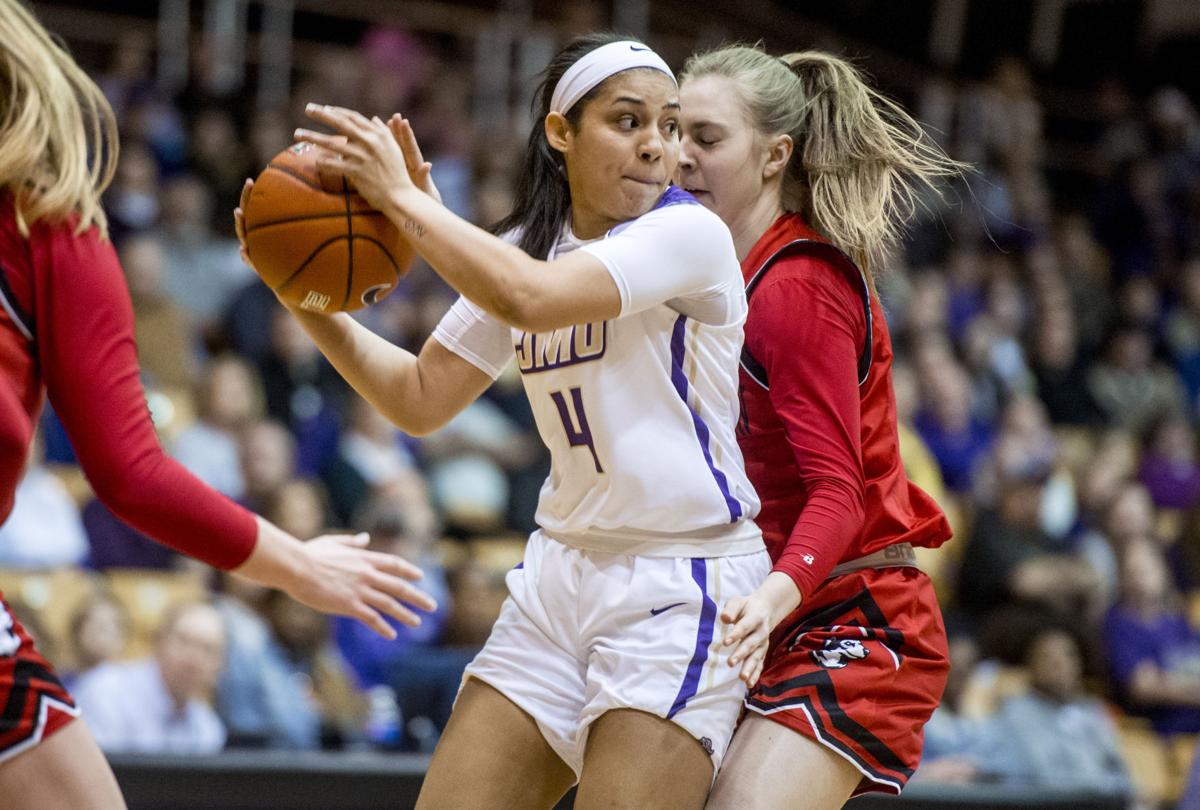 James Madison basketball teams have been back on campus working out in preparation for the 2020-21 season, but some other CAA programs, such as Northeastern haven’t yet had that luxury. 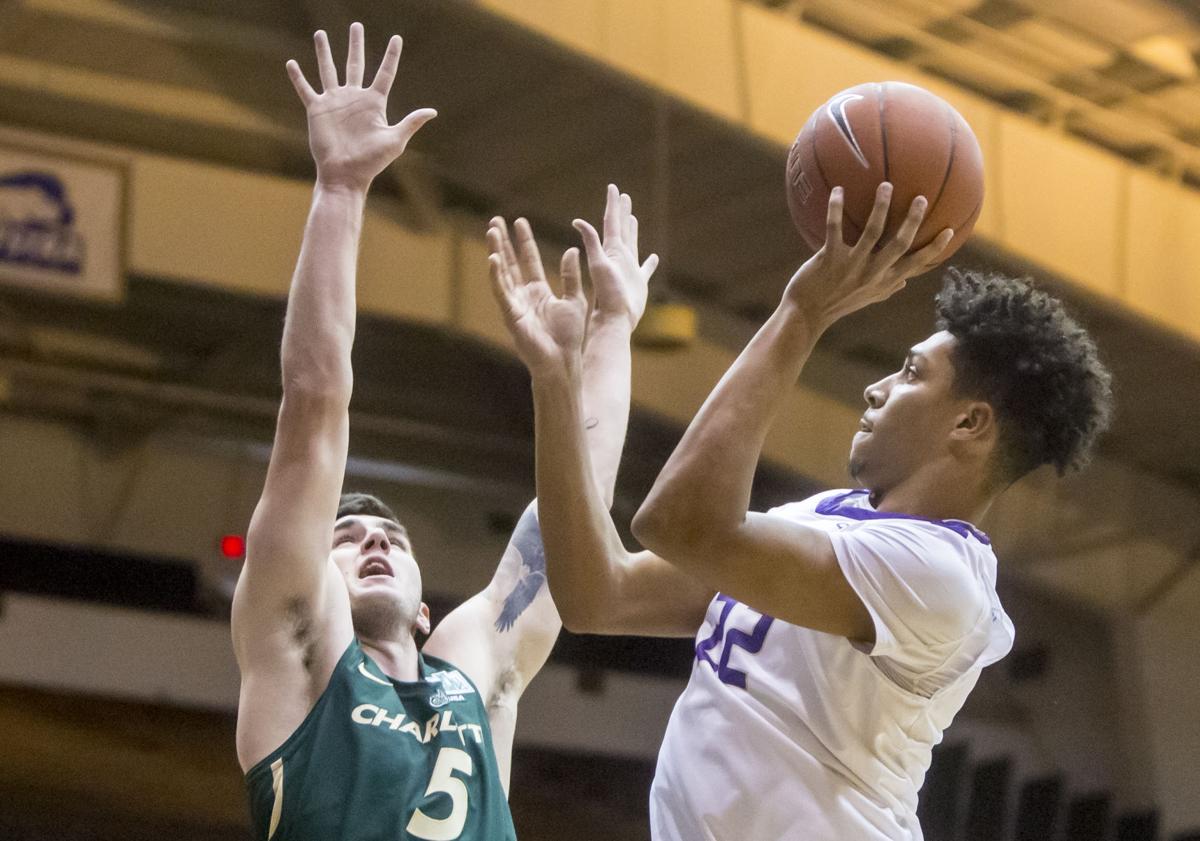 James Madison forward Julien Wooden, right, goes up for a shot against Charlotte forward Milos Supica last season. Wooden is among the Dukes who returned to campus this week for offseason workouts.

James Madison basketball teams have been back on campus working out in preparation for the 2020-21 season, but some other CAA programs, such as Northeastern haven’t yet had that luxury.

James Madison forward Julien Wooden, right, goes up for a shot against Charlotte forward Milos Supica last season. Wooden is among the Dukes who returned to campus this week for offseason workouts.

During a time when nobody knows what will happen within college sports, even a week from now, the basketball coaches at James Madison are busy getting ready for a season that, at the moment, is set to begin as planned in November.

What else can they do?

“This is what I’ve got today,” JMU women’s coach Sean O’Regan said. “I’ve got my team here today, let’s train them today. We’re planning to play Virginia on Nov. 10. That’s what our plan is, and until that changes, that is what we are working toward.”

The JMU men’s and women’s basketball teams began voluntary offseason workouts on Monday, preparing for incredibly important seasons for both programs, particularly if they are played under somewhat normal circumstances.

The Dukes move into the brand new 8,500-seat Atlantic Union Bank Center and put together intriguing schedules for both programs that includes home games against Virginia for both the men and women.

The JMU women missed out on an opportunity to play in the NCAA Tournament last spring amid the COVID-19 pandemic but would have to be considered one of the favorites to win the CAA again this time around. On the men’s side, there’s a renewed sense of optimism with the hire of head coach Mark Byington and the addition of eight newcomers.

There’s a whole lot riding on when competitive basketball returns to JMU, and how many fans will be able to come out and watch.

“No one knows what is going to happen,” Byington said. “I think everybody has ideas of what they think might be the plan, but everybody is just guessing. It’s is big day next Tuesday when the NCAA announces what they are going to do with fall sports. That is going to trickle in with winter sports.”

Both Byington and O’Regan are reasonably optimistic, in part because protocols at JMU have gone well. The Dukes have administered 222 COVID-19 tests among their football, men’s and women’s basketball and women’s soccer teams that have come back to campus with two asymptomatic positives associated with the football program.

That’s not a universal feeling, however.

“There’s a lot of meager outlooks from coaches,” O’Regan said. “Thinking there’s no way we can have a season until January. It’s funny, it depends on where the coaches you talk to are from. If I talk to St. John’s, Northeastern or UMass, they’ve seen the worst of this thing. They are a little bit different than talking to my buddy at Indiana, where they’ve had kids doing voluntary workouts from June 1 to July 20. They’ve been back the whole time.”

O’Regan said he’s talked to some colleagues, such as the staff at Northeastern, who haven’t been able to do anything in person with their teams. Byington said most of his friends in the coaching world have been able to have team workouts of some type.

Both coaches said they were extremely appreciative of JMU’s ability to meet testing protocols and move forward toward competition.

“The truth be told, when we didn’t have spring, I was fine with it,” Byington said. “Then summer started getting delayed and I wanted to get around the guys. The fact that we are getting this in right now, this is huge for us. The teams that aren’t getting this in are at a disadvantage for sure.”

Being back in the gym, even with masks and social distancing guidelines, has been a good feeling for the Dukes, but they are moving ahead cautiously.

“Everybody is so excited right now to be around their team and to feel normal again,” Byington said. “But, anybody who says this is what is going to look like. They don’t know.”