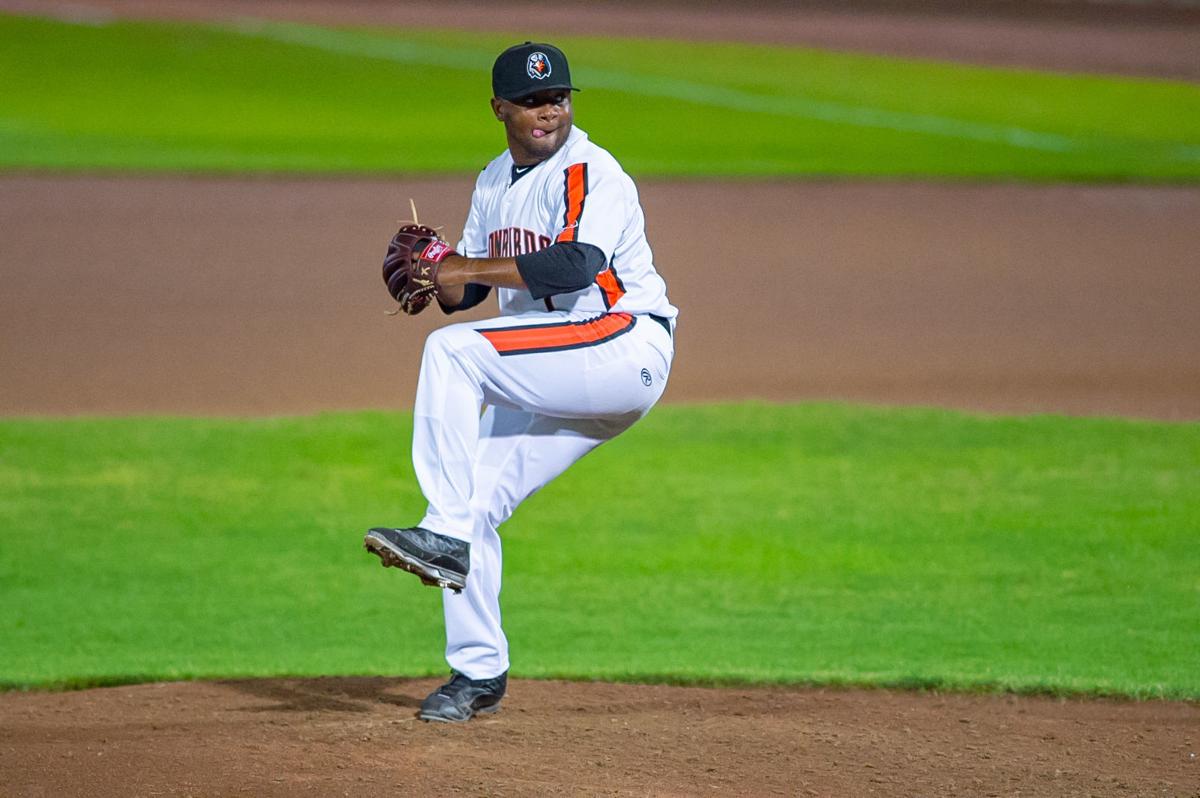 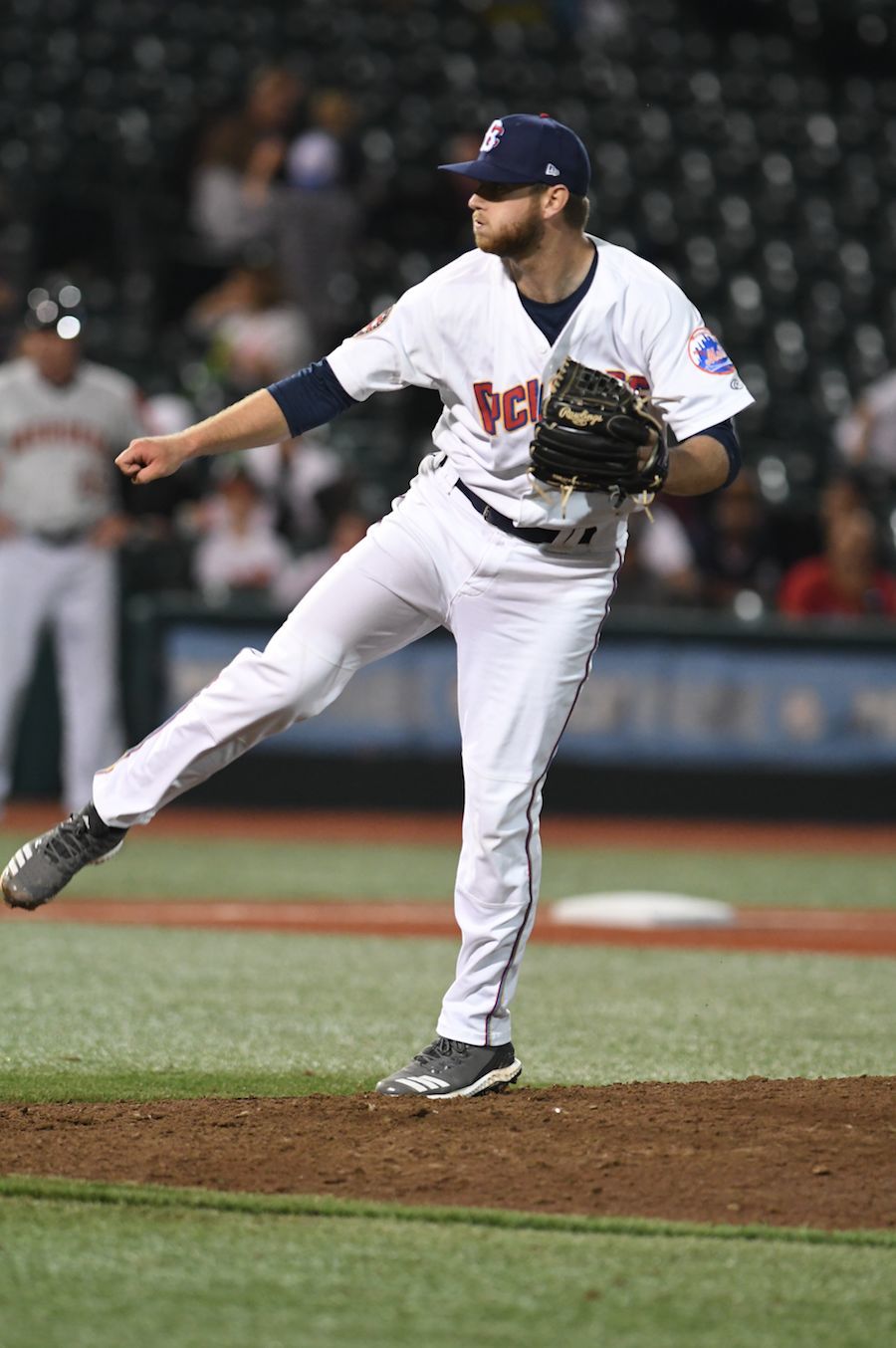 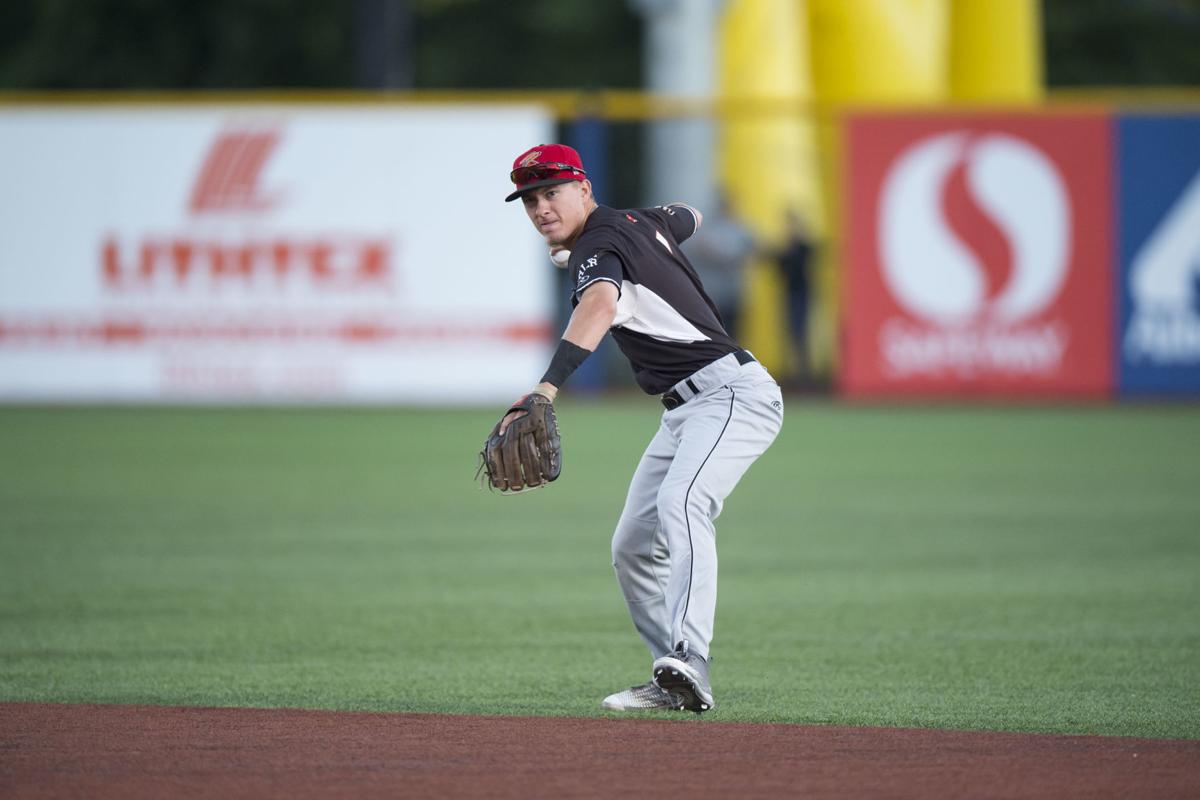 Former Salem-Keizer Volcanoes second baseman Kyle McPherson (2), a James Madison product, prepares to make a throw to first base during a Northwest League game against the Hillsboro Hops at Ron Tonkin Field on September 1, 2018 in Hillsboro, Oregon.

Former Salem-Keizer Volcanoes second baseman Kyle McPherson (2), a James Madison product, prepares to make a throw to first base during a Northwest League game against the Hillsboro Hops at Ron Tonkin Field on September 1, 2018 in Hillsboro, Oregon.

There isn’t anything certain regarding the next step, but Kyle McPherson knows it could put him closer to home.

McPherson, a James Madison product and second baseman in the San Francisco Giants organization, is on a quest to show he deserves a promotion from Single-A to Double-A.

“Nothing is guaranteed,” McPherson said. “I’m not guaranteed a spot on any team, but it’s up to me to get in there, perform in spring training and prove I belong on that roster.”

San Francisco’s Double-A affiliate is in Richmond and McPherson is from Chesapeake. Since chosen in the 26th round of the 2017 MLB Draft, he’s spent all of his time on the west coast – playing the majority of 2018 with short-season Single-A Salem-Kizer and the entirety of last year with advanced Single-A San Jose, where he hit .254.

He’s one of eight former Dukes nearing their report dates to a Minor League camp in either Arizona or Florida within the next month.

“JMU definitely helped me,” Robertson, a farmhand of the Los Angeles Dodgers, said. “The coaching staff there prepares you really well for the next level. They’re not just concerned about what you do in college, they care about what you do after college, too.”

Robertson was selected in the seventh round after posting a 1.01 ERA to go along with 54 strikeouts over 35 2/3 innings in his redshirt junior year with the Dukes last spring. He pitched over the summer with the Ogden Raptors of the short-season Pioneer League and is hoping, just like Perkins and Goggin said they are, to leave this spring training with a full-season squad.

The consensus from the ex-JMU standouts is whatever level their big-league club assigns them to for the season is where they’ll play. But they will also use spring training as a launching pad to prove they deserve to start 2020 at least the level above where they finished in 2019.

Perkins (Baltimore Orioles), Goggin (New York Mets), and Kelly (Cleveland Indians) all played in rookie or short-season Single-A this past summer after departing JMU in the spring.

“I feel really good about my stuff,” said Perkins, who had a 2.04 ERA and struck out 23 hitters over 17.2 innings with the New York-Penn League’s Aberdeen IronBirds last summer in his first professional season.

“I’m really confident in it,” he said. “But just like everyone else, you don’t really know what else to expect going in there for the first time last year and you’re just hoping your work leading up to it was enough. I was just really trying to control what I could and throw my best stuff out there. I had some success and I’m looking to build off it this year and in the future.”

Goggin, a Philadelphia native who naturally grew up a Phillies fan, chuckled and said at the same time, “it was a little weird [wearing a Mets uniform] and right when I got drafted, I had a bunch of texts saying ‘Congratulations, but I’m not rooting for the Mets.’”

In the same league Perkins debuted in, Goggin aided the Brooklyn Cyclones in their New York-Penn title-winning campaign as he recorded 38 strikeouts in 32 innings and earned two saves.

“What’s helped me throughout my whole career,” Goggin, a 6-foot-2 right-hander, said, “is it’s more that I’m playing a game I’ve played my whole life. I’m not worried about who’s watching, who’s at the plate, who’s behind me. It’s just me and the baseball and I’m going to throw it like I’ve always thrown it, and whatever happens, happens.

“But playing in Brooklyn was awesome. The fans there are crazy and I didn’t think there would be a lot of fans in short-season baseball, but in Brooklyn there are. And we won a championship for ‘em.”

Robertson said he had similar experiences in Ogden, Utah, where the Raptors sold out most of their weekend games. He was used as a closer and setup man frequently, and guesses he’ll probably have a similar role with a full-season team this year after yielding only three earned runs in 16 1/3 innings during his first professional stint.

“It’s definitely the same expectation as the big-league team,” Robertson said, referring to the Dodgers. “They want everyone to win, but they also want everyone to perform at a high level, too, and so I think the high expectations come out in the training because they want us to be prepared for those types of situations.”

Brandon Withers, a pitcher in the Oakland Athletics’ system, spent all of last year in full-season Single-A after earning a promotion to that level during the 2018 campaign. Pitcher Colton Harlow (Colorado Rockies), a Stonewall Jackson graduate, was in short-season Single-A most recently. And Kevin Munson, who the Arizona Diamondbacks originally drafted in 2010, signed this offseason with the Seattle Mariners and was assigned to Triple-A Tacoma. Munson, from Cave Spring High in Roanoke, playing in the independent Atlantic League last season.

“It’s been a grind,” Withers, a 2017 draft choice of Oakland, said. “You know when you get drafted, you expect to be in the big leagues as soon as possible, but obviously, getting drafted late in the 31st round I know I’m going to have to make a stop pretty much at every level.

“So going from rookie ball to the next level, being in short season and getting a mid-season promotion to low [Single-]A and then repeating low [Single-]A last year, things have happened a little slower maybe than I would’ve wanted but I’m still playing professional baseball and I’m enjoying my time. However it happens, it’ll happen and if I can make it, obviously, the sooner the better, but at the end of the day, I’m just happy to still be playing.”

He said he’s been working out at R&D Baseball’s indoor facility in Herndon this offseason, with a focus on perfecting the five-pitch repertoire – sinker, slider, curveball, four-seam fastball, and change-up – he’s established throughout his minor-league career.

“So I went from a two-pitch guy in college to having five pitches,” Withers said, “which is a luxury because whatever is working one day might not be working the next day and just to know you have a few different things you can throw at a hitter has helped me a lot. And so, just being able to be more consistent with those pitches and make sure they’re there every single day will be huge as I go back into spring training.”

Like Withers, McPherson is feeling the urge to climb the organization he’s in.

He said playing second base exclusively last year allowed him to develop a routine and an approach against better pitching, which he believes will help this season while he seeks the opportunity to play for Double-A Richmond.

“That’s the main thing for me – sticking to my approach, figuring out how pitchers are going to pitch to me and not going outside my zone in an at-bat. Defensively, I played well. I played second base a lot the whole season, which was pretty cool because I got to learn a lot at one position and focus on perfecting everything about second base.”