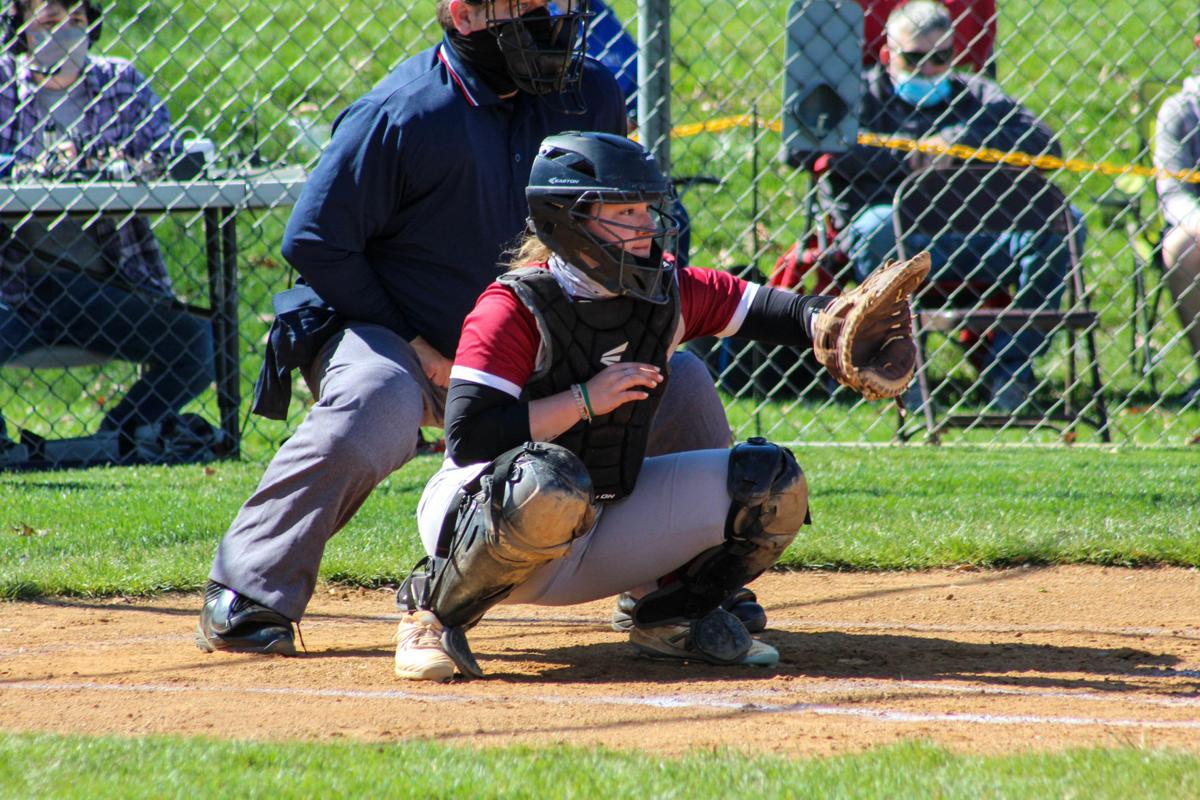 Bridgewater catcher Sarah Wimer, a Broadway product, catches during a game earlier this season in Bridgewater. 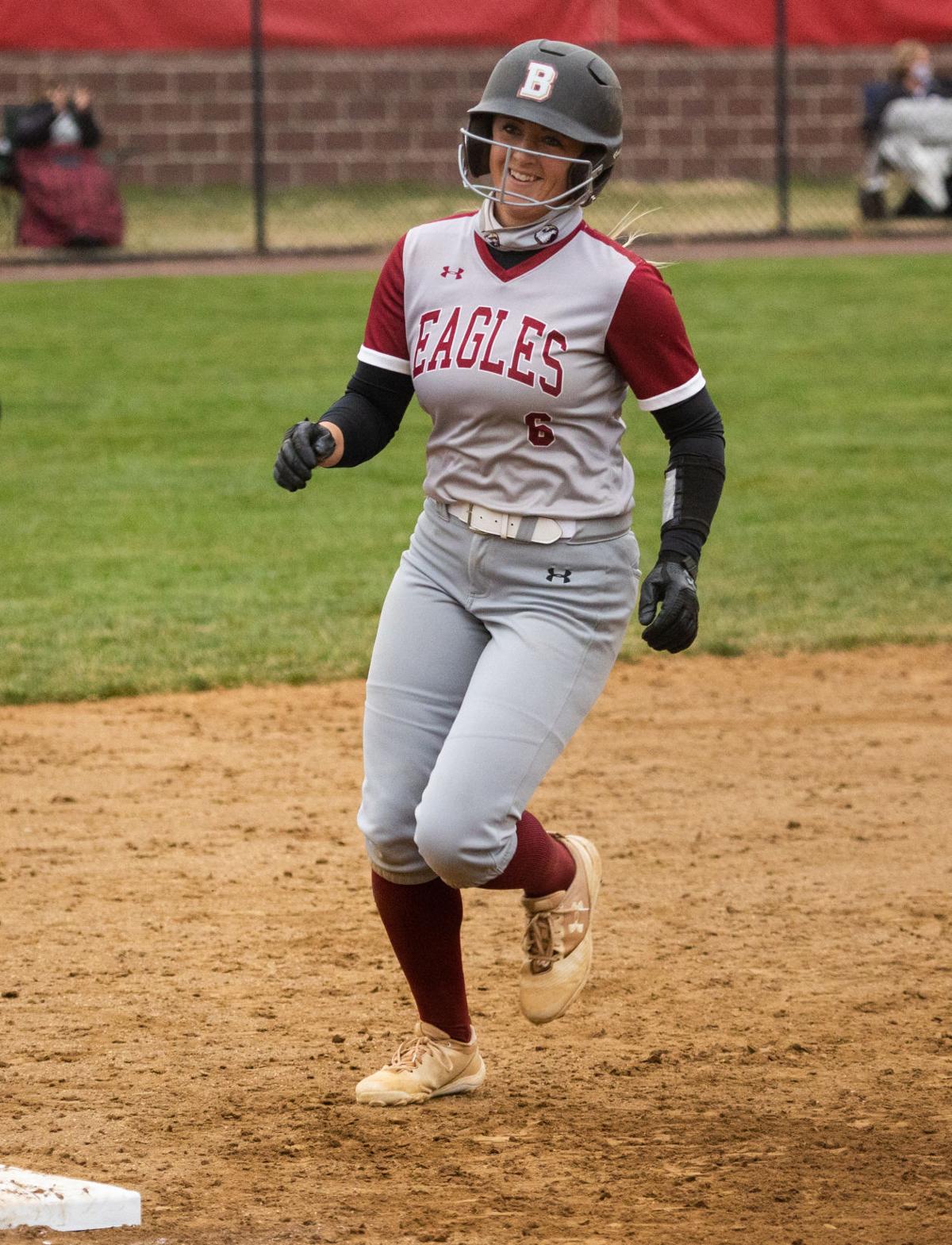 Bridgewater catcher Sarah Wimer, a Broadway product, catches during a game earlier this season in Bridgewater.

After a hot start, Bridgewater College is out to get back some momentum heading into the postseason with the Eagles chasing an Old Dominion Athletic Conference title behind a bevy of local talent.

Bridgewater, 10-10 and 7-7 in the ODAC, head to Roanoke Tuesday for a doubleheader. That wraps up the regular-season conference schedule before two more games at Christopher Newport followed by the ODAC Tournament. The Eagles opened the season on an eight-game winning streak, but have struggled a bit in the middle of the season.

In a normal spring, a tough stretch is not a huge deal, but with half as many games on the slate thanks to COVID-19, Bridgewater finds itself in need of a quick turnaround. But the Eagles also know if they play the way they did early in the season they can compete for the ODAC crown.

“It’s definitely been a little bit different this year, but I think we are lucky to be playing,” BC senior Katrina Martin said. “We’ve certainly got a good group of girls who deal with adversity well. We have some growing pains, but I think that happens with any team.”

Martin is a Turner Ashby High School graduate who came home to Bridgewater in 2019 as a transfer from Elon. Martin is batting .345 with three home runs and 13 RBIs. She’s also drawn a team high 14 walks and is one of a handful of Rockingham County products powering this version of the Eagles.

Sarah Wimer, a junior catcher from Broadway, is hitting .387 and leads BC with five homers and 22 RBI. Torie Shifflett, another TA product, is batting .364 and East Rockingham’s Samantha Hensley has a .353 average. Shifflett and Hensley are tied for the team lead with eight doubles.

“We have a great group of girls,” Wimer said. “Broadway and TA, in high school, we were rivals. When we all got here the pieces just fell together because we do all have that competitive aspect about us. I can’t wait until we get to tournament play because it is going to be awesome.”

The tail end of the season offers a big opportunity for the Eagles, who currently sit in sixth in the ODAC standings. Three ODAC teams are ranked in the Division III Top 25. So too is Christopher Newport, which Bridgewater hosts for a doubleheader on Wednesday.

The Eagles split a two-game series with the Captains earlier this season, and racking up some victories this week could give BC a boost at just the right time.

“We’ve had some growing pains, but I think that happens with any team,” Martin said. “But we are turning it around and I think it is looking good going into the postseason. We’re playing aggressively and focusing on doing all the little things right so big things come.”