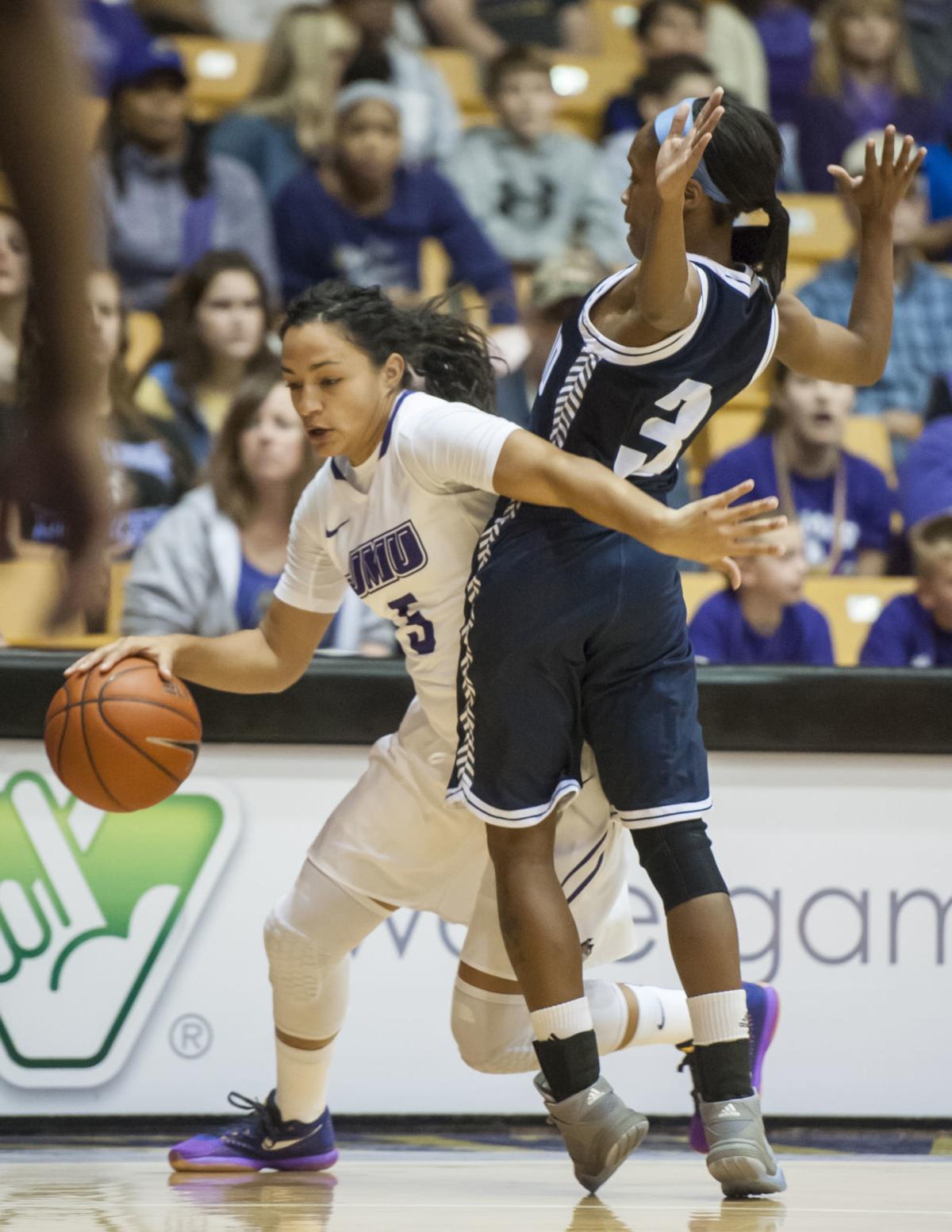 Ashley Perez, left, averaged 11.9 points per game during her two-year playing career with JMU that ended in 2016. She went on to play for the Puerto Rican national team. 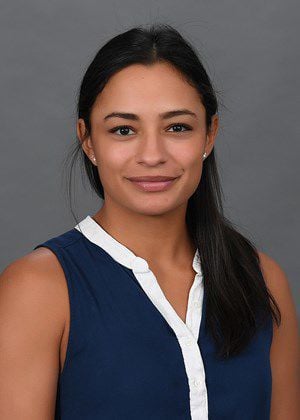 HARRISONBURG — James Madison women’s basketball coach Sean O’Regan looked around the nation when it came time to hire a new assistant coach. By the time he finished the interview process, he concluded the best candidate was already in house.

That’s how Ashley Perez, a former JMU player and graduate assistant, wound up with her first full-time assistant coaching position.

“I cast a pretty big net out there to see what interest we would get initially,” O’Regan said. “Ashley always wanted the job, but I feel like it is a pretty good rule of thumb to not close your eyes. We had some talented candidates, but when it boils down to it each program chooses what’s most important to it. For me, as long as Ashley really and truly wanted the job, she was the best candidate.”

Perez transferred to JMU from St. John’s in 2013 and played two seasons for the Dukes, averaging 11.9 points. Injuries limited her during her senior season, but she served as a graduate assistant under O’Regan since finishing her eligibility in 2016 and earned her master’s degree from JMU this spring.

When it came time to enter the workforce full time and pursue a career in coaching, Perez knew Harrisonburg was still where she wanted to be. The timing was fortuitous for Perez when Bridgette Mitchell left JMU for an assistant spot at Pittsburgh following the Dukes run to the WNIT semifinals.

“I love JMU,” Perez, a Manchester, Conn., product said. “Just the opportunity to give something back and keep it all going is something I’m passionate about and it’s exciting. When I first got to Harrisonburg, I was homesick. But very quickly this became home and it’s great to be able to stay in a place where you feel wanted and you feel valued.”

Part of Perez’ value to O’Regan comes not only from the former sharpshooting guard’s knowledge of the game, but also her deep understanding of what the Dukes want to do as a program.

“That was part of the draw,” O’Regan said. “She can draw from her own experiences. She’s dressed in that locker room. She went to school here. When I first took over here, she understood what this place was about more than anyone because she’d been here. I’m excited about how passionate she is for this place.”

At the same time, he past two years as a graduate assistant gave her an appreciation of the coaching profession and solidified that it was the type of work she wanted to do.

“Transitioning into being a staff member from being a player, it was different,” Perez said. “I really saw what it takes behind the scenes. All the research, the recruiting and everything that pulls it all together. As player we were just there three hours a day and it was very eye opening to see how hard our coaches actually worked to make these girls the best they can be.”